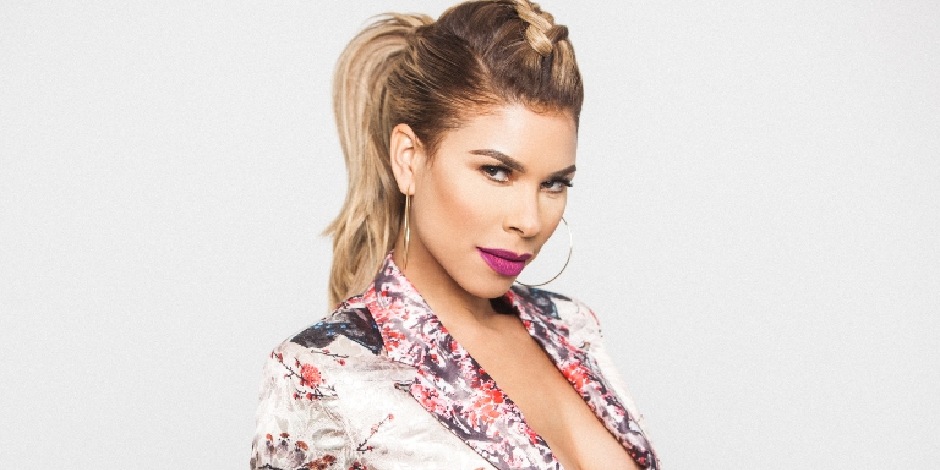 Gwendolyn Osborne is an actress, model, and producer well-known for her appearance in an American tv game show, The Price Is Right. She is also known for being the ex-wife of former Basketball player and current Kenneth Smith. She recently made her appearance in an American superhero film, Wonder Woman 1984, alongside star Gal Gadot, which gained further public attention.

Where was Gwendolyn born and raised?

Gwendolyn Osborne was born on 7th August 1978 in Somerset County, named Bath in England. She has both British and American nationality as she was moved to the United States while she was a teen. She belongs to mixed ethnicity as she was born to a Jamaican mother and British father. She grew up in Miami, Florida, with her older sister. She was born under the star sign, Leo. Further information about her parents and siblings is yet to be disclosed.

Gwendolyn Osborne finished her primary school in England. She later moved to Miami, where she completed her high school. She had an avid interest in acting and modeling which led her to apply to The New World School of Arts in Miami. There is no further information regarding her further study or university.

How did Gwendolyn start her Career?

Gwendolyn Osborne started her career as a model. She gained public attention for her lone appearance in the tv series, The Price Is Right. She had made her acting debut back in 1999 with the film, Any Given Sunday. She then went on to make smaller appearances in series like “Snow Dogs,” “Ocean Ave.”, “Huff,” “The Young and the Restless, “The Bold and the Beautiful” alongside Musetta Vander, “Beauty and the Baller,” and so on.

Osborne made her debut as a producer in 2015 from the reality tv series, Meet the Smiths, where she appeared with her ex-husband and children. She also appeared as a guest co-hostess in 3 episodes of the series Home & Family and made her small appearance in the film “Wonder Woman 1984” alongside Gal Gadot in 2020. She also released her own music, “Give My Love.” She has also launched her own beauty line or anti-aging oil, Lomolique. She has further opened her own podcast called Tea with Gwen Podcast.

Who was Osborne Married to?

Gwendolyn Osborne was previously in a relationship with an unknown boyfriend with whom she gave birth to her first child, Monique. Her daughter was born in 1996. After remaining single for a long time in 2004, she started seeing former NBA player Kenneth “The Jet” Smith or simply Kenneth Smith, currently serving as a sports commentator. The couple tied their knot on 8th September 2006. She gave birth to a son named Malloy in 2008 and her second daughter in 2012 named London.

The couple was leading a happy life until 2018 when Osborne filed for divorce. Their reason for divorce was nothing special and was done in mutual agreement. As of 2021, Osborne is leading a single life.

Gwendolyn Osborne is currently 43 years old, turning 44 years in August of 2021. She has a tall, and average body build, having measurements of 37-25-38 inches. She stands 5 feet 9 inches tall which is equivalent to 1.75 meters. She has a body weighing 60 kg or 132lbs. She has dark brown eyes and black hair.

What is the Current Net Worth of Osborne?