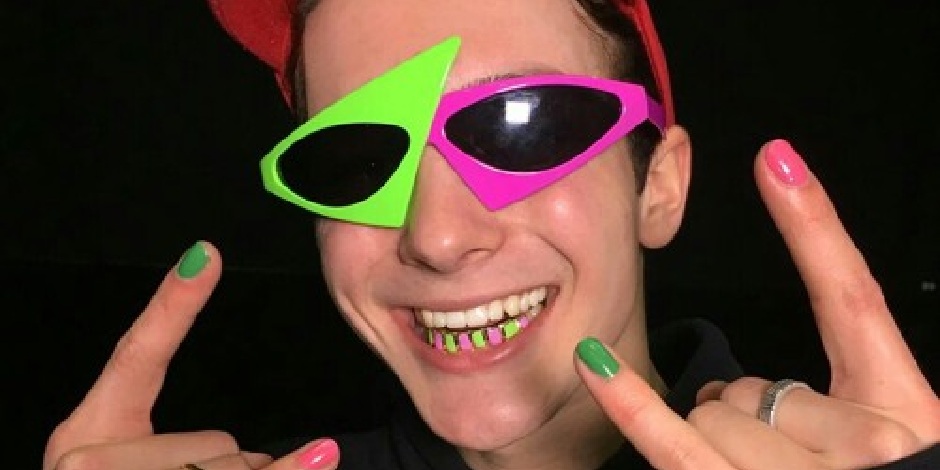 Roy Purdy is a popular YouTuber from the United States known for his green and pink glasses. He has attracted millions of audiences to his channel through his comedy rap, singing, dance, and fantastic skateboarding videos.

Where was Roy born and raised?

Roy Purdy was born on 25th February 1998 in Appleton, Wisconsin, United States. Being a popular social media sensation, Purdy has never felt the necessity to disclose his family information. Hence, his parent’s names or childhood is still a mystery to us. Little do we know about him is that he has a brother named George. He has American nationality and possesses white ethnicity. His birth sign is Pisces.

Roy completed his secondary education at Appleton North High School in Appleton, Wisconsin. He later moved to Boulder, Colorado, where he completed his Bachelor’s from the University of Colorado Boulder.

How did Roy start his Career?

Roy started making videos in early 2012 when he opened his personal YouTube channel. Before producing music, he used to make videos of his skateboarding and doing some random funny things. His first few videos on YouTube were of him showing his skateboarding skills and tricks in different places. In 2016, his video “School got me like…” got his first million views. In March, the same year, he dropped his second music, “GUACAMOLE,” which now has over 1.9 million followers.

As of 2021, Roy Purdy’s YouTube videos have gained over 249 million views overall, and he has gained over 3.16 million subscribers to his channel. He has signed a contract with CAA since 2018 and has been making music and funny video content. He has also been to tour with American rapper Yuna Gravy.

Roy Purdy has a goofy personality. He is a fun-loving and outgoing person. Purdy loves to enjoy and doesn’t hesitate to perform comedy acts in public. He loves dancing and singing. One of his favorite things to do in skateboarding. He is also seen playing golf, basketball and involving in other activities. He has an odd fashion sense. He loves to design his clothes and usually wears colorful pants and colorful glasses.

Purdy has never once mentioned anything about his love life yet. Hence, he seems to be enjoying his single life. However, Purdy hasn’t shown any sign of falling in love soon. He currently resides in Los Angeles, California, and is busy with his professional singing career.

Roy Purdy celebrates his birthday every year in February, and this year, he celebrated his 23rd birthday. Since the rise of his fame, he has been all grown up now. Purdy stands 5 feet 9 inches tall, about 1.75 meters tall, and weighs 64 kg or 140.8lbs. He possesses a slim body build with body measurements of 37-30-12 inches. He has dark brown hair and eyes.

Roy Purdy is active on all social media platforms. Though he hesitates to open up about his personal life and rarely makes any posts on the social media platform, he has a fantastic number of followers. On Instagram, Purdy has gained over 2.3 million followers where he can be connected with @roypurdy. On Facebook, he has over 1.8 million followers. Finally, he has over 151.7 thousand followers on Twitter and can be connected through @RoyPurdy.

What is Purdy’s Current Net Worth?

Roy Purdy’s net worth is estimated to be in the range of $500-600 thousand as of 2021. He makes his earnings through his music and YouTube content. Following the success of his YouTube channel, he has also started his merch of t-shirts, hoodie, his signature sunglass, stickers, and many more. So we can see that he is living an independent life and is successful in his work.