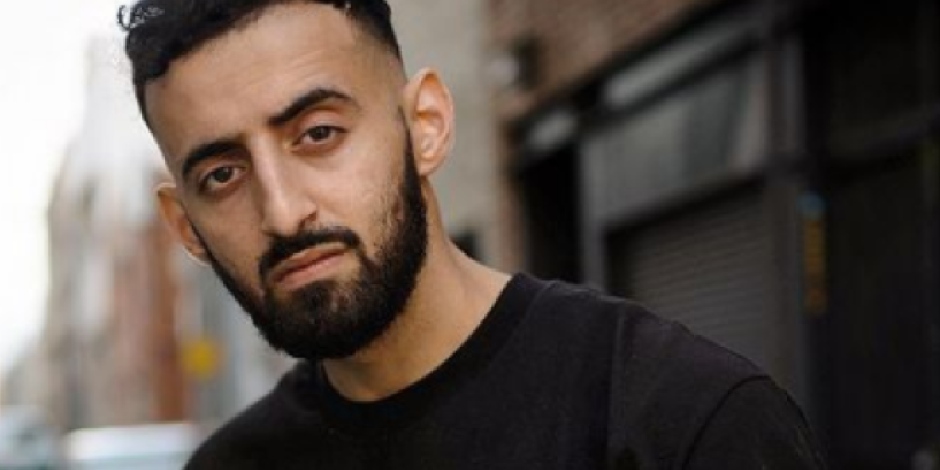 Slim Albaher is a well-known Yemeni-American Youtuber and Singer. He also has a self-titled YouTube channel named “Slim Albaher.” In addition, Albaher is known for his social experiment and blogs.

Where was Slim born and raised?

Slim Albaher was born in 1994, on July 15. He was born in Brooklyn, New York. Slim was born with the birth name Suleiman Albaher. Currently, Slim is 27 years old. Slim has not disclosed his parent’s details until now.

Albaher has grown up with three brothers named Khaled Albaher, Tarek Albaher, and Hamzah Albaher. Talking about his educational background, he has not shared detailed information about his educational journey. However, looking after his age, he might complete his graduation from a reputed University near his hometown.

He is fond of playing video games and mostly watches animation videos in his leisure time. He is a happy-go-lucky person, but sometimes he deals his confession with anger many times.

How did Albaher start his Career?

Slim Albaher is a well-known social media sensation and a YouTube content creator. He creates his YouTube channel in 2012, on December December 24. He started with the name “SlimMofication Blogs” and later changed it into “Slim Albaher.”

Slim Albaher uploaded videos related to his day-to-day personal life. Slim also shared his travel blogs with friends to loving moments with his girlfriend. Albaher also shared videos like pranks, challenges, and others.

Some of his videos are BTS/EXTRAS OF SCARING THE PUBLIC PRANK, TREE CLIMBING IDIOTS| BLOG #1, which crossed over a million views. Till now, he has uploaded more than 1523 videos and has gathered more than 147 million views altogether.

Slim Albaher has also shared the horrible incident he has faced during his fight on Delta Airlines. Slim and his fellow Youtuber friend Adam Saleh were kicked out from Delta Airlines for speaking in the Arabic language.

Slim Albaher has also posted his blog in 2016, on December 21, named “DELTA KICKED US OUT FOR SPEAKING ARABIC (FULL FOOTAGE) #BOYCOTTDELTA” which gathered more than 1.6 million views. It is his first YouTube video to cross 1 million views. Other most viewed video is “SINGING CHALLENGE!!! (IMPERSONATING ARTISTS),” which was uploaded on September 4, 2016, and amassed 1 million views.

Slim Albaher has also uploaded some videos collaborated with his fellow Youtuber friend Adam Saleh. They run a podcast series named “Socially Profiled,” which shared videos related to his personal life. Through his hard work and unique content, he collected 625k subscribers on his YouTube channel.

Slim Albaher also has a secondary YouTube channel name “Slim and Sofia,” which was created in 2013 on February 20 with his wife. He shared videos related to pranks, challenges, social experiments, etc. Some of his oldest videos are THAT ANNOYING KID: STUDY BUDDY, JUST TRUST ME, which has uploaded in the same year when creating a YouTube channel.

Slim has gathered more than 318k subscribers with more than 25 million views till now and 76 videos. Slim most viewed video on this channel is FAKE JORDAN PRANK IN THE HOOD, which amassed more than 2.7 million views, uploaded in 2015, on April 23.

Slim Albaher unforgettable and awareness videos are MUSLIM BOY HARRASSMENT EXPERIMENT, CHILD ABUSE EXPERIMENT, and CONFRONTING A RACIST. Slim conducts these videos with his friends to change the thought of society. After that, he was signed by Ampli-Truth Production and joined the 3MH along with Youtubers Karim Jovian, Adam Saleh, and Sheikh Akbar.

Slim Albaher is also known as a boxer. He was signed by an English professional boxing company called Winfinity in August 2019. After that, the company signed with Youtuber FouseyTube for the boxing match with Slim.

Slim Albaher has debuted his boxing on September 29, 2019, against FouseyTube. Slim was able to win the match by Technical knockout. After that, when Slim was declared winner, he hugged Fousey and showed sportsmanship. He also mentioned that he won this fight for Yemen.

Slim has challenged AnEsonGib, but Gib said that Slim was not popular in September 2020. In November 2020, Gib apologies to Slim, saying that he doesn’t know how to promote a show and didn’t accept Slim challenges. Gib usually roast Slim. Later on, Slim also responded that Gib does not want to fight with him because Gib embarrassed the Arab Community.

Some famous YouTubers, such as Minimiter, Randolph, KSI, and others, want to see Slim vs. Gib. Slim recently said that he is practicing harder after, Gib vs. Taylor boxing match was close to happening. Their rivalry was more than eight months.

Slim Albaher is a happily married person. He has tied a knot with his long-term girlfriend, Sofia Albaher. They exchanged their vows in September 2019. However, slim and Sofia have not mentioned their wedding venue and date.

Slim and Sofia have tied a knot in front of their parents and relatives, following the Islamic rituals. They have shared their wedding videos on their YouTube channel. The couple was blessed with a baby boy.

Slim Albaher is a well-known Youtuber, singer, and boxer. He had made so much money throughout his career. Slim estimated net worth is around $1.5 million approximately. He adds some money through boxing, campaigns, promotions, endorsements, and others. Slim earned $4.2k to $67k through his YouTube video.