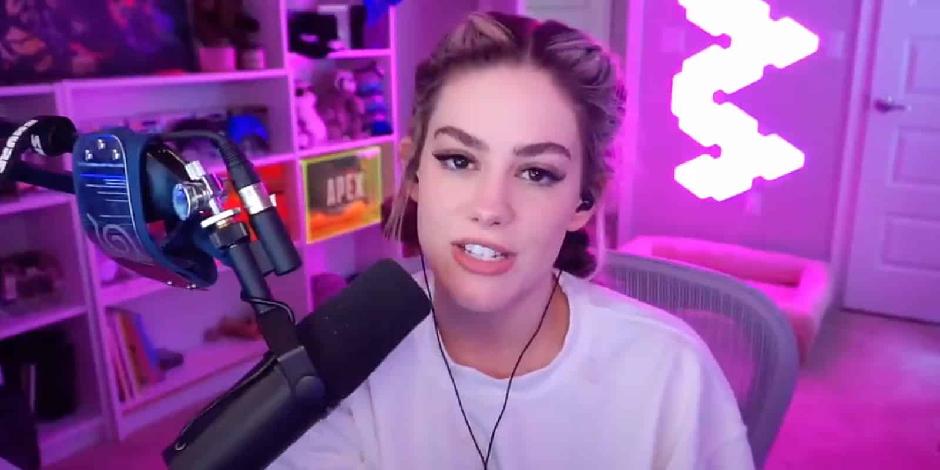 LuluLuvely is an American video game streamer, YouTuber, and social media personality. She is listed as one of the top female Twitch streamers.

Where was LuluLuvely Born and Raised?

LuluLuvely was born on 10th October 1993 in Austin, Texas, United States. Her real name is Lindsey, but her nickname popularly knows her. She was born under the star sign Libra. She has mixed ethnicity and American nationality. She grew up with her brother and sister, whose name is yet to be disclosed by her. She has never disclosed any information about her family or childhood yet.

LuluLuvely completed high school in her hometown. She then attended Catholic University, where she received her degree in marketing.

How did LuluLuvely start her Career?

She started her career as a gamer. Now, she comes in the Top 10 popular female Twitch streamer. She now has over 973 thousand followers on Twitch. Over thousands of people comes to watch her live streams. Some of the games she plays are “Apex Legends,” “Fortnite,” “IRL,” “Overwatch,” “VALORANT,” “Call of Duty: Warzone,” and many more.

She mostly plays “Apex legends,” and she has a maximum of over 26 thousand viewers on Twitch to this date. Her followers and viewers have been increasing more day by day. She is associated with an American professional esports organization called NRG Esports.

In 2017, LuluLuvely opened her YouTube channel, where she makes and uploads the video of her gameplay. She uploads the highlights of her Twitch streams on YouTube. She has gained over 651 thousand subscribers since then. Her videos have gained over 800 thousand views.

Some of her popular YouTube videos are “showing my apex legends gun collection,” “TRYING NEW BLOODHOUND! | Apex…” Her video “APEX PREDATOR ON THE 1ST DAY PF RANKED SPLIT” of October 2020 has over 1.2 million views. Despite several hateful and racist comments, Lulu is still streaming her videos, entertaining her fans and viewers.

LuluLuvely is currently single. In fact, she hasn’t been in any relationship for a while now. She is currently busy making her career as a pro-gamer. She opened up about her relationship on Twitter on 28th May,

“I haven’t dated anyone for 7 years, but good lord, I’ve had @olivia_Rodrigo’s new album on repeat for a week, and I feel like I’m going through the worse breakup ever.”

Being a woman, She faced a lot of hate and racist comments for being a popular gamer. She even decided to stop streaming for a while. Thanks to her supportive fans who reached out to her, she decided to continue streaming again. She still resides in Texas, United States, where she spent most of her childhood. She owns a cat, and she loves to visit places when she is not streaming.

She is currently 27 years old, turning 28 years on October 2021. She is a beautiful woman possessing blonde hair and big dark brown eyes. She stands 5 feet 5 inches tall, about 1.65 meters, and weighs 55 kgs or 121lbs. She has a slim body build with guitar-shaped measuring 34-26-39 inches. Her cup size is 34C. She takes extra care when it comes to her appearance.

Check out the latest updates on American Twitcher Kayla Sims

What is LuluLuvely’s Current Net worth?

She is successful as a gamer, and she has also gained huge social media fame as well. She has an estimated net worth of $300 thousand as of 2021.

In December 2020, she also paid a partnership with Hyundai USA. She has also endorsed the energy drink G Fuel. She has also opened her own merch called LuluLuvely, where she sells her own clothes design. She is living a luxurious and successful lifestyle.