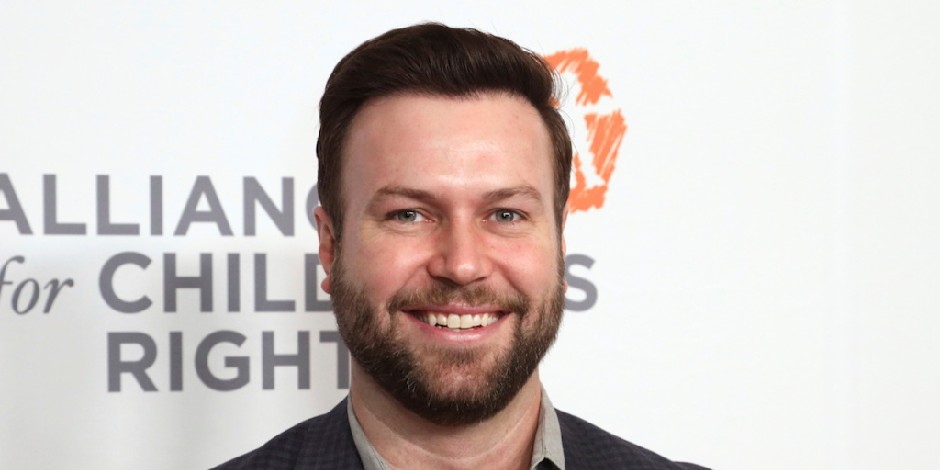 Taran Killam is an American-born renowned actor, comedian, and writer, famous for his appearances in television shows like “MADtv”, “The Amanda Show”, “Saturday Night Live”, “Single Parents”, “How I Met Your Mother”, and more. Since 1994, he is working actively in his career.

Where was Taran born and raised?

Taran Killam, whose real name is Taran Hourie Killam, was born on 1 April 1982 in Culver City, California, the U.S. as a son of a mother, Catherine. He is also known as the great-nephew of an American model Rosemarie Bowe. He has a brother named Taylor Killam. Currently, he is at the age of 39, and his zodiac sign is Aries, as he was born on 1 April.

Taran holds an American nationality, and as per his ethnic background, he belongs to the mixed ethnicity of English, Irish and Scottish.

Taran Killam grew up nicely in a good environment where his mother is a singer-songwriter where his father was a part of the City Garage Theatre Group. However, further information about his family members still has a question mark, as he likes keeping his personal life private.

For his education, Taran Killam went to attend Los Angeles County High School for the Arts. After that, he joined UCLA’s School of Theater, Film, and Television, where he attended as a musical theatre student. He spent more time working on UCLA’s Theater Festival, but he decided to leave the theatre to focus on his acting career.

How did Taran start his Career?

Taran Killam started his acting career after being cast as Boy of Geriatric Park in the  American comedy movie “Naked Gun 33+1/3: The Final Insult” in 1994. After that, he got the role in several movies like “Big Fat Liar”, “Just Married”, “The Heat”, “Ted 2” and more.

In 2017, Taran played the role of Blake in the American action comedy movie “Killing Gunther”, which was written, directed, and produced by him. In the following year, he also appeared as Stewart in the film “Night School”.

Likewise, he made his first television appearance in the series “All That” from 1994 to 2002. Further, he appeared in the American sketch comedy series “MADtv” from 2001 to 2002 where he shared the screen with Jillian Barberie. Taran is also known for his appearance in the night-live show “Saturday Night Live” from 2010 to 2016.

Besides this, he is better known for working in the series “How I Met Your Mother” alongside Artemis Pebdani, Annie Ilonzeh, and Rachel Bilson, “Single Parents”, and more.

Check out the latest updates on Jillian Barberie

Who is Killam married to?

Taran Killam is a married man as he got married to his lovely wife Cobie Smulders on 8 September 2012. Cobie, whose real name is Jacob Francisca Maria, is a well-known American actress. The couple gave birth to their first child daughter in 2009. After that, in 2015, they are also blessed with another daughter. Currently, the beautiful couple is living a happy and romantic life together.

To talk about Taran Killam’s physical statistics, he has a height of 6 feet 1 inch. Likewise, he has got a good-looking face with dark brown hair and brown eyes. However, further information about her physical statistics like weight, height, body measurements, shoe size, and more still have a question mark as he is a kind of secretive nature person.

Taran Killam is active on Instagram with the tag name (“@tarzannoz”), where he has 304K followers and posted 1165 posts. He has posted many good-looking photos on his Instagram and received many likes and comments.

A good-looking, active, and talented Taran Killam is a well-known American actor, comedian, and writer, popularly known for his appearance in television series like “MADtv”, “The Amanda Show”, “Saturday Night Live” and more. Currently, he is living a very standard and peaceful life with an estimated net worth of $10 million.