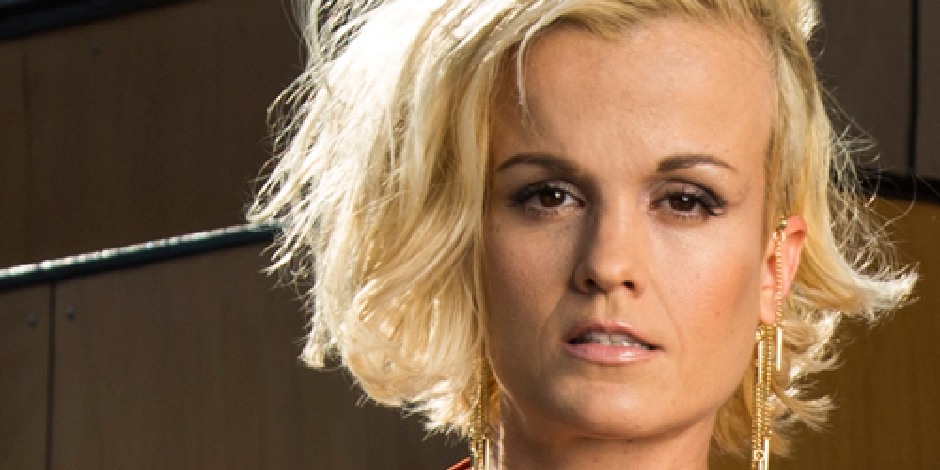 Terra Jole is an American-born reality television personality famous for her appearance in the reality series “Little Woman: LA” and also known for participating in “Dancing with the Stars”.

Where was Terra born and raised?

Terra Jole, whose real name is Terra Jole Odmark, was born on 25 May 1980 in Comal County, Texas, as a daughter of a father, Richard Odmark, and a mother, Isabel Odmark. She has a brother whose name is Bourn Odmark. Her parents adopted her brother when he was just a small baby.

Currently, Terra is at the age of 41, and her zodiac sign is Gemini, as she was born on 25 May. He holds an American nationality, and she is of a Caucasian ethnic background.

Terra Jole spent her childhood happily with her family in a good environment. Later, her father took his last breath at the age of 68 because of heart failure. She seems quiet about her family so that there is still a question mark about the detailed information about her family and childhood.

Terra attended Douglas MacArthur High School.  Besides this, she has kept all information secret about her further education.

How did Jole start her Career?

Terra Jole started her professional acting career after being cast as Terra in “Jerry Springer” in 1998 where she shared the screen with Will Swenson. After that, she made her appearance in several movies like “Midgets vs. Mascots”, “The Hungover Games,” and more.

Chcek out the latest updates on Will Swenson

Likewise, she is best known for starring as the main cast in the American reality television series “Little Women: LA” from 2014. She is also the creator and executive producer of the series. Later, she also played a role in “Little Woman LA: Terra’s Little Family” from 2015.

Besides this, she is also known for participating as a dancer in the American dance competition television series “Dancing with the stars”.

Terra Jole is a married woman as she married her husband Joe Gnoffo in 2015. The couple gave birth to their beautiful daughter on 16 March 2015 and named Penelope Charlevoix Gnoffo. After that, they also had a second child named Grayson Vincent D’Artagnan Gnoffo on 1 August 2016.

Likewise, they also gave birth to their third child girl named Magnolia August on 11 March 2020. Currently, the couple are spending a very happy and healthy life together with their children.

To talk about Terra Jole’s physical statistics, she has a height of 4 feet 2 inches and a weight of 43 kg. She has got a beautiful face and smiles with blonde hair and dark brown eyes. But, she is quiet about further information, so there is still a question mark.

Terra is active on Instagram with the tag name (“@terrajole”), where she has 879K followers and posted 2912 posts. In addition, she has posted many photos and ig videos on her Instagram account, which many people liked.

She also uses a Twitter account with the tag name (“@TerraJole”), where she has 77.8K followers and tweets 9805 times.

Jole also has created a Facebook account named “Terra Jole’ – Little Woman: La”, where she has gained 390K followers. She has posted her beautiful photos with her husband and children and also received well likes and comments.

Jole has also created her YouTube channel named “Mini Mama”, where she has 330K subscribers. In this YouTube channel, she posted many videos about her family life, challenges, vlogs, DIYs videos. He joined on YouTube on 13 April 2016, and the total views on her videos reached 38,432,007.

Similarly, she also has created another YouTube channel named “Terra & Joe Live”, where she has gained 37.9K subscribers. She joined on YouTube on 15 May 2007 and posted many short videos that received many views.

A beautiful, active and talented Terra Jole is a well-known reality television personality popularly known for her appearance in the reality series “Little Women: LA” and in the dance show “Dancing with the Stars”. Currently, she is living her wealthy life with an estimated net worth of $500 thousand.