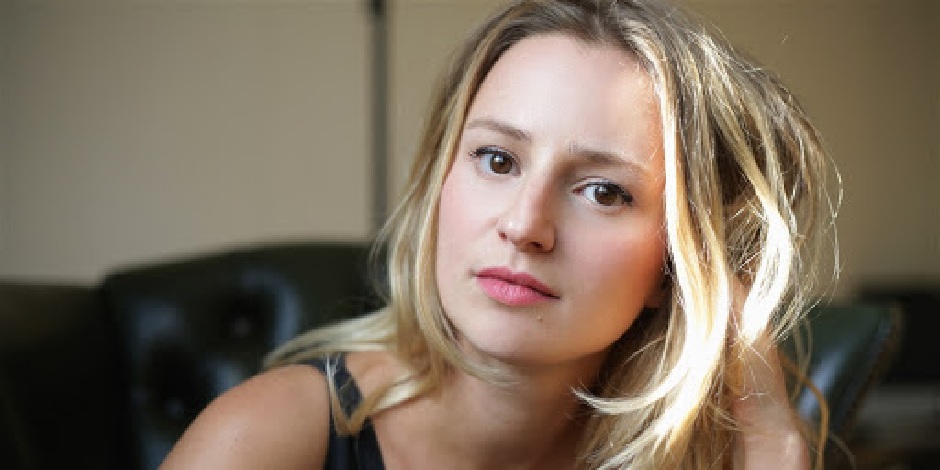 Why Is Tiphaine Daviot Popular?

Tiphaine Daviot is a professional actress from France who is best known for her starring role as Jeanne in the film, Girls with Balls and in the television series, HP as Sheila. She further gained fame in 2019 with her portrayal of the character Charlotte in the comedy French series, Une Belle Histoire.

Tiphaine Daviot was born in France. She has always had an interest in acting since her childhood and was always a hardworking girl. She trained for a couple of years before making her acting debut. There hasn’t been any information about her parents and childhood.

She hasn’t opened about her sexuality yet. She is in her prime age. Daviot’s nationality is French. Her ethnicity white.

She is beautiful and possesses a slim body build. She has black eyes and hair.

What is the relationship status of Tiphaine Daviot?

She is probably single right now as there are no rumors regarding her love life on social media. She also seems quite busy preparing for her coming projects as per her Instagram account. We do know one thing for sure is that she isn’t married yet.

Tiphaine Daviot makes use of her social media for promotional purposes only. She prefers to keep silent about her personal life.

She is active on Instagram. She has over 9.9 thousand followers and can be connected by @tiphainedaviot. She also keeps on updating about her new projects on Facebook.

How did Tiphaine start her Career?

Daviot first appeared in the short film, White as a woman in 2011. She landed her first film role in 2013 in the film, Eyjafjallajokuii as Cecile’s friend. She first made her television debut in 2011 with the series, More beautiful life where she made her small appearance as Eloise Barrault. She further landed small roles in the series Josephine, guardian angel, Mageline Curator, Lazy Company, Dead Lands, and others.

She played small roles in the French films, Hippocrate, Goal of the Dead, The very private life of Monsieur Sim, Who are the strongest? and many others. She finally received her first major role in the film, Girls with Balls in 2018 where she portrayed the character of Stella. She has further appeared in the film, Half-sisters and Almost.

In 2017, she landed a recurring role in the series, White zone as Camille Laugier. Next year, she gained public attention with her role as Sheila in the series, HP.

In 2019, She landed her first starring role in the French series, Marianne where she portrayed the character of Aurore. She also made her appearances in the series, Alphonse President, Dark Stories alongside David Thewlis and Harvey Keitel, and With a family the same year. In 2020, she again starred in the French television series, Une belle Histoire also called A beautiful story in English as Charlotte.

She has also appeared in the web series, machine and Machinette as Machinetter and in Yes I Do as Rachel in 2017. Her first television film appearance was in the 2018 film, Love at first sight alongside Tony Todd and Taron Egerton in Bora Bora where she appeared as Celeste. In 2020, she starred in the tv film, On the other side of Didier Bivel as Alice.

Tiphaine Daviot started her professional acting career in theatre. Her notable plays are How the Spirit Comes to Women which she performed during the year 2011 till 2013. In 2013, she appeared in the play called My very romantic story. In 2015 she portrayed the role of Julie in the play Huge. Her final known play performance was in 2017, Mad Amanda where she portrayed the character of Sidoine.

How many awards has Tiphaine won?

What is the Current Net worth of Tiphaine?

Tiphaine Daviot has an estimated net worth of 15 million dollars as of 2021. It is all thanks to her successful acting career that helped her to reach this milestone. We believe she will be making more millions in the coming years as she has been working on several new projects.