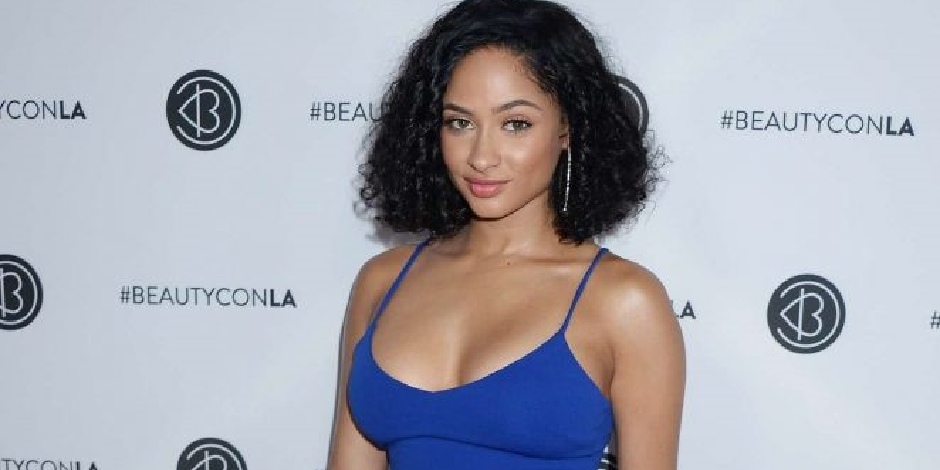 She is best known for being the ex-fiancé of American rapper, Dimitri Leslie Roger popularly known by the stage name, Rich the Kid.

Where was Tori born and raised?

Tori Brixx was born on was Tori Hughes on 16th August 1990 in Dallas, Texas, United States. She was born to an African-American mother and a white father. She has mentioned the name of her parents or siblings yet. But Brixx grew up with her little brother whose name is yet another mystery and a younger sister, Teigi Tyler Hughes.

Brixx has American nationality and African-American ethnicity. She has Leo as her birth sign.

Tori Brixx hasn’t disclosed information regarding her educational background. She probably completed from the local high school in her hometown in Texas.

How did Brixx become famous?

Tori Brixx has gained a sufficient amount of attention in public media. She has made good use of the attention in her career. She has over 3 million followers on her Instagram where she can be connected with @toribrixx. She has used her social media popularity to promote her business. She is the CEO of a cosmetic company called Herbal Bloom.

Tori Brixx has also endorsed several other clothing brands, cosmetic brands, jewelry, and many more. She also enjoys showing off her bikini bodies and endorsing lingerie brands. Brixx has also appeared in the advertisement of Beatsbydre for the wireless earphone in June 2019. As an actress, she has played minor roles in movies, “Betrayed” as Tori in 2014 and “Harper and David” in 2019.

Tori Brixx has been in a relationship with the rapper, Rich the Kid since late 2018. Rich the Kid was still committed to his wife, Antonette Willis. After finalizing his divorce from his first wife, Tori and Rich the Kid got engaged after a few months. Brixx gave birth to her first child, Dimitri Jr. with Rich the Kid in April 2019. The couple used to often appear in red carpets together.

In late 2019, there was a violent home invasion. The couple was in their home while several men broke through Brixx’s home. They were armed with guns and took a sufficient amount of cash and jewelry from them. Following their first controversy, Tori Brixx rose another controversy. She was arrested for breaking a customer’s nose while shopping at Los Angeles Target. The fight started when the customer pushed her cart to Brixx and she eventually punched the face of the customer.

As of 2021, there has been no new news regarding Tori Brixx’s love life or controversies. She and Rich the Kid seems to have broken up since they have unfollowed each other on Instagram.

Tori Brixx celebrated her 31st birthday on August 2021. She stands 5 feet 7 inches tall which is about 1.7 meters tall and weighs 70 kg or 154lbs. Brixx takes great care of her body and she attends the gym. She possesses a pear-shaped body build measuring 34D-26-42 inches. She has black hair and brown eyes. Brixx loves to flaunt her curves and bikini body on her social media.

What is Tori’s current net worth?

Tori Brixx has an estimated net worth of over $1 million as of 2021. We already know where all her earnings come from. She is living an amazing life endorsing several brands. She owns a huge mansion and luxurious cars. Brixx is enjoying her successful life and we can see her in branded clothes and jewelry like Chanel, Dior, Birkin’s bag, and many more.