Skip to content
Home » Gossip » Who is Tyler Hynes Girlfriend? Is he already married or still dating?

Who is Tyler Hynes Girlfriend? Is he already married or still dating? 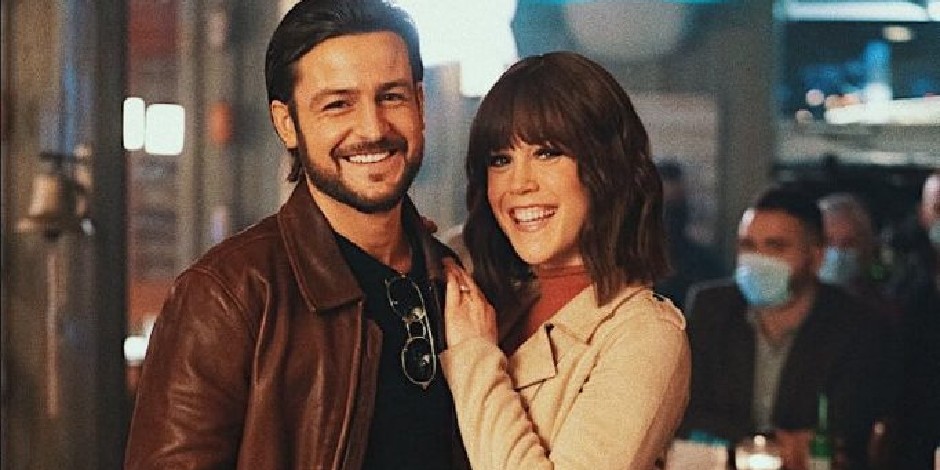 A good-looking Canadian Tyler Hynes is a well-known actor and filmmaker who made his appearance in several movies and series, including “Little Men”, “The Mystery Files of Shelby Woo”, “Home Team,” and more.

He gave his best performance in every movie and series that he played. His romantic and love movies have earned more popularity. However, he seems quiet about his personal life as he likes to keep his private life far from the media.

But his fans and followers are very curious about his love life, and they are desperately waiting to know about Tyler Hynes’s love affairs. People also wanted to know if he is married or single. However, he has not made any confirmation about his marriage, but it came to know that he was dating a lucky girl in 2018.

Further, in an interview with Ruth from “My Devotional Thoughts”, Tyler Hynes stated that his girlfriend uses his Twitter account.  A Hallmark star mentioned for the first time about his relationships. He has a close relationship with other actors and creators of Hallmark.

At that interview, he also talks about becoming active on social media platforms like Instagram and Twitter to maintain a close relationship with his fans. But he also stated that he is not a fan of social media sites and doesn’t like to engage himself using social sites.

After that, he talks about his girlfriend, who uses his Twitter account. As he already mentioned, he is not very active on social media sites, but his girlfriend said that his followers are increasing day by day on Twitter.

“Oh, yeah, my girlfriend opened up my Twitter the other day… She told me I had so many followers on this Twitter account. I don’t know if I had looked at it since I was on Saving Hope.”

However, the prominent actor Tyler Hynes did not talk much about his girlfriend and did not reveal her identity, but it seems like the couple is close to each other.

Check out the latest updates on Tyler Hynes

Similarly, Tyler Hynes is active on Instagram with the tag name (“@tyler_hynes”), where he has 73K followers and posted 773 posts. In addition, he has posted his good-looking photo and videos on his Instagram account, which his fans and followers liked and commented on.

In 2017, he posted a photo of his girlfriend named Racquel Natasha with a dog. But he did not mention that she was his girlfriend. But according to the information that he shared in the interview, Racquel is the lucky girl he is talking about.

Likewise, he is also active on Twitter with the tag name (“@tyler_hynes”), where he has 14.1K followers and tweets 2048 times.

Did Hynes Marry his Girlfriend?

As we all know, Tyler Hynes is very secretive about his personal life and keeps his private life far from the media. However,  people started talking about his love life after he stated that he was dating a woman, but he never mentioned that the couple married each other.

Likewise, the twist came into the relationship after his fans and followers knew that he deleted the pictures of Racquel Natasha and the dog pictures he posted in 2017 on his Instagram account. It creates many rumors about their relationship.

However, this activity made it clear that things were not the same as they broke their relationship. So, Tyler Hynes has not become a married man yet and is not in any relationship. Currently, he must be focusing more on his career and enjoying his standard life with an estimated net worth of $10 million.