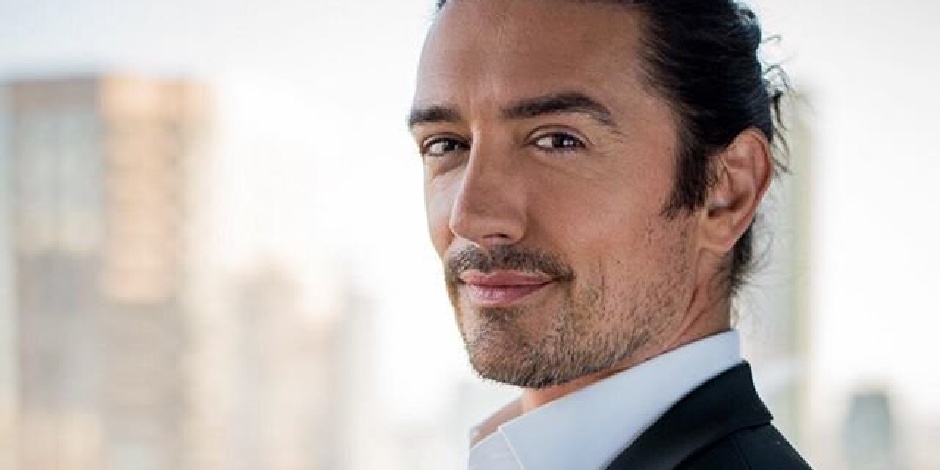 Adam Croasdell is a Zimbabwean-born British actor who made his appearances in hit movies and series like “Supernatural”, “The Chase”, “HobyCity”, “Ultimate Force,” and more. Since 1998, he is working actively in his career.

Adam Croasdell was born on 10 July 1980 in Zimbabwe to a well family, but he is quiet about his family members as he likes to keep his personal life secret. Currently, he is at the age of 41, and his zodiac sign is Cancer, as he was born on 10 July.

Croasdell holds both British and Zimbabwean nationality, and as per his ethnic background, he belongs to the White ethnicity.

Check out the latest updates on Rukiya Bernard and Supernatural

Adam Croasdell grew up nicely in a good environment, but when it comes to his family members, he wanted to keep himself quiet as he is very secretive. So, the detailed information about his family members and childhood. So there is still a mystery for his fans and followers.

Adam Croasdell did his tertiary education in South Africa, and at that time, the president of South Africa was Nelson Mandela. Later, he started studying Dramatic art and then became able to complete his graduation with distinction in screenwriting and acting.

How did Adam start his career?

Adam Croasdell started his television career after being cast as Joel Cunningham in the “Natural Rhythm” series in 1997. After that, in 2000, he made his appearance as Franck in the series “The Creatives”. In the same year, he also got the role of Marcus Sanders in the television series “Holby City” where he shared the screen with Fola Evans-Akingbola.

Check out the latest updates on Fola Evans-Akingbola

After that, he made his appearances in several series like “Risk”, “Dark Realm”, “The Project,” and more. In 2003, he played the role of Michelangelo in the series “Leonardo”. Later, he starred in the leading role as James Bond in the series “Bond, James Bond”.

Likewise, he is also known for his performance as Bothwell in the series “Reign” in 2017. In the following year, he also got the chance to play the role of Eccarius in the American supernatural adventure television series “Preacher”. Finally, in 2020, he provided his voice-over Apollo in the “Blood of Zeus” web series.

Besides this, his first played movie is “Tarzan and the Lost City,” where he played the role of Lewis in 1998. After that, he also made his appearances in the movies like “Attack Force”, “Saving Lincoln”, “Batman Ninja” and more

Adam Croasdell’s relationship status is still a mystery for his fans and followers as he has not shared anything about his relationship. There are also no rumors about dating someone. So it seems he is living a single life enjoying traveling with his friends as he liked traveling the most.

To talk about his physical statistics, he has a height of 5 feet 10 inches and a weight of 74 kg. He has a fit body and a good-looking face that looks perfect with his brown hair and brown eyes. Similarly, he has an attractive personality which makes him more dashing.

Adam is active on several social media platforms like:

Croasdell is active on Instagram with the tag name (“@adamcroasdell”), where he has 27K followers and posted 1139 posts. In addition, he has posted his stunning pictures and videos on his Instagram account, which received many likes and comments.

Adam also has a Twitter account with the tag name (“@ACroasdell”), where he has 22K followers and tweets 11.6K times. In addition, he has an official fan page account on Facebook named “Adam Croasdell,” where 1K followers followed him.

A good-looking, active and talented Adam Croasdell is a famous actor who played roles in the movies like “Supernatural”, “The Chase”, “HobyCity”, “Ultimate Force,” and more. Currently, he is living a wealthy and peaceful life, enjoying an estimated net worth above $1 million.