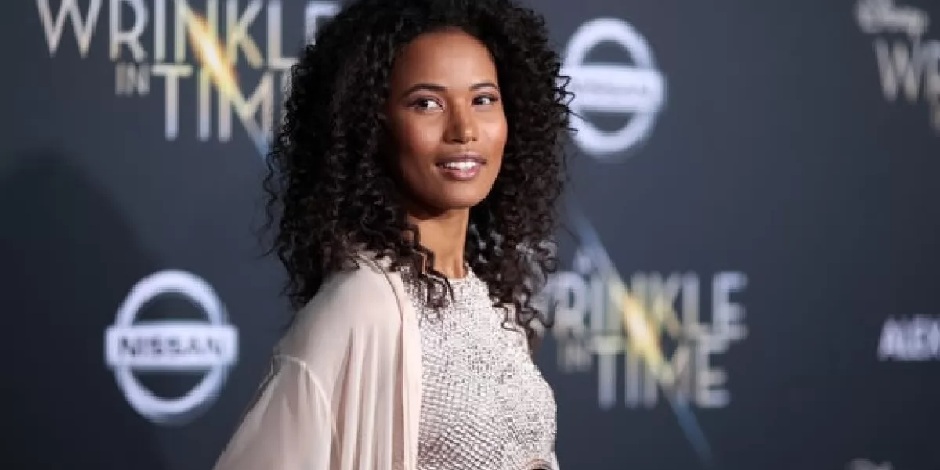 Fola Evans-Akingbola is an established English actress and model who rose to fame after portraying Maddie Bishop in the TV fantasy drama series “Siren” (2018-2020), among other movies and TV shows on which she has worked.

Where was Fola born and raised?

Fola Evans-Akingbola was born in London, England, on September 26, 1994. Fola was born to Sola Akingbola, the percussionist for Jamiroquai and the vocalist for Critical Mass, an Afro-funk roots band, and Gillian Evans, a social anthropology lecturer at the University of Manchester.

Fola also grew up with a sister but her name has not been disclosed yet. She is of British national and her ethnicity is Nigerian. Similarly, Fola’s zodiac sign is Libra and she is 26 years old at the moment.

Fola attended Alleyn’s School, where she graduated in 2012, and then moved on to the Identity School of Acting, as well as the National Youth Theatre and the Actor’s Temple.

How did Evans-Akingbola start her Career?

Fola Evans-Akingbola began her career as a model and was immediately signed to London-based Profile Model Management. Instead of pursuing modeling opportunities, Fola began attending auditions and made her acting debut in 2014 with the character of Reanne in the TV comedy-drama series “Youngers“.

Despite the fact that it was a minor role, it was enough for her to be cast as Amaani Qalanjo in the daytime soap opera “Holby City.” Fola went on to play Rosey Fabrice in the TV criminal comedy-drama series “Death in Paradise” and Moro’s Wife #2 in the Golden Globe Award-winning action-adventure drama series “Game of Thrones” the following year.

Check out the details of Parris Mcbride and Game of Thrones

Fola gradually gained in popularity, and in 2017 she made her film debut as Angelica in the horror film “An American Exorcism,” while in 2018 she landed her most prominent role to date, as Madie Bishop in the TV fantasy drama series “Siren,” alongside Kayvan Novak, Josh Segarra and Richard Madden in which she has appeared in over 30 episodes to date, and Fola’s career has reached a whole new level thanks to the series’ popularity.

Fola Evans-Akingbola has now established herself as a rising star, appearing in a number of different projects, including the drama film “VS.” (2018), in which she played the lead female part alongside Connor Swindells and Ruth Sheen. To add to her wealth, she has starred in the TV series “Black Mirror” alongside Daniel Ings, Yasha Jackson, and Tallulah Haddon(2019), which has also added to her success.

Liza isn’t one of those celebs that like to reveal everything about their personal lives. However, when you’re as famous as she is, it’s difficult to keep information to yourself, so we dug up some interesting facts about her. Fola is now unattached and concentrating exclusively on her burgeoning profession.

We’ll let you know as soon as Fola gives an official statement regarding the change in her relationship status.

Fola Evans-Akingbola stands at the height of 5 feet 8 inches or 1.73 m and her weight is reported to be 128 pounds or 58 kilograms. Her vital statistics are 34-24-35 inches, and her bra size is 33B. Fola’s hair is dark brown, and the color of her eyes is brown.

What is Fola’s Current Net Worth?

Fola Evans-Akingbola has only been in the entertainment industry for five years, but she has already made a name for herself. She has so far appeared in ten films and television shows, all of which have significantly improved her net worth. Fola’s net worth has been estimated to be as high as $1.2 million by credible sources.