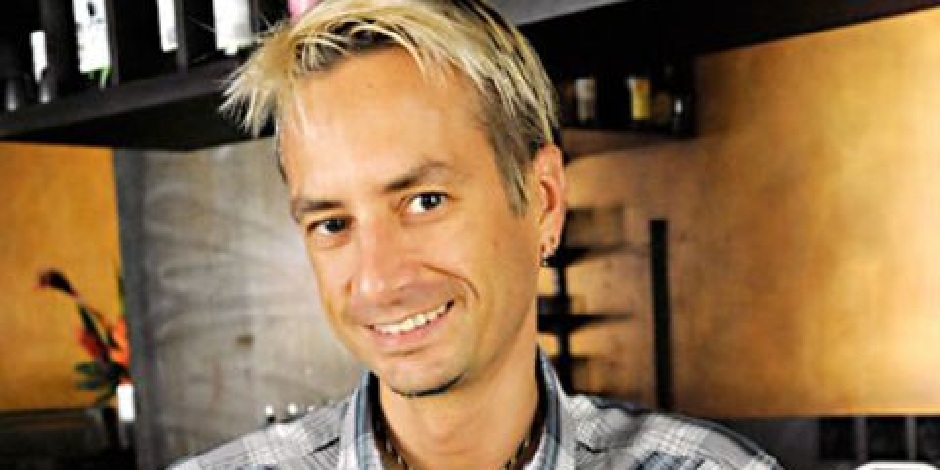 Adam Faraizl or Christopher Adam Faraizl is an American actor well-known for his appearance in the 1990 psychological horror drama miniseries, “IT” Part 1 and Part 2.

He recently made his comeback to the entertainment industry after a long break through the documentary, “Pennywise: The Story of It.”

Adam Faraizl was born Christopher Adam Faraizl on 3rd November 1977 somewhere in the United States. He is the son of Mr. and Mrs. Faraizl. Adam has American nationality and white ethnicity with British and Irish descent. He has the birth sign, Scorpio. Faraizl is also known by the nickname DJPants.

Faraizl hasn’t disclosed any information regarding his parents or siblings. We believe, he was born and raised in a supportive and happy family household. Faraizl stepped into the entertainment industry when he was a child. Most of his childhood went into his acting career.

Adam Faraizl completed high school in his hometown. He later moved to Canada where he joined the University of Victoria in British Columbia. Faraizl graduated with a Bachelor’s degree in Pacific & Asian Studies. He further attended Sake Education Council in Japan. Faraizl has passed levels 1 and 2 of the sake exam.

How did Faraizl start his Career?

Adam Faraizl made his acting debut in 1985 from the television series “American Playhouse” where he portrayed the role of young Arthur. In 1988, he landed the role of Randy Walker in the film “Johnny Be Good” as Randy Walker. He has further appeared in the film and tv series, “Lonesome Dove,” “Gerbert,” and “RoboCop 2.”

Faraizl gained huge fame in 1990 after landing the lead role in the tv mini-series, “It” as young Eddie Kaspbrak. After that, he has appeared in “A Triumph of the Heart: The Ricky Bell Story,” “Final Verdict,” “Woman with a Past,” and “Where the Red Fern Grows: Part Two.” In 2021, Faraizl made his appearance in the documentary “Pennywise: The Story of It” as himself.

Adam Faraizl celebrated his 44th birthday in November 2021. He is a handsome and funny man who wears black glasses. Faraizl stands 5 feet 10 and a half inches tall which is about 1.79 meters. He has a slim body build and weighs 68 kg. Faraizl possesses blue eyes and grey hair which he dyes with a blonde. He has a straight sexual orientation.

Adam Faraizl is currently single and divorced life. He was been married three times. He first tied his knot to a beautiful woman named Samm. They had a child together and the couple got divorced in February 2001. Faraizl married for the second time to Jill the same year in October. The couple was blessed with three children and they got divorced in October 2005. On 6th June 2006, he tied his knot for the third time to a woman, Sally. They have two children together.

Faraizl does not prefer to share much about his personal life. but we can see several pictures of him on the social media platform. he enjoys traveling, hiking and is a huge fan of Japanese alcohol, sake.

Adam Faraizl has an estimated net worth of around $1 million as of 2021. He has left his acting career behind and has been into music remix and DJ. Faraizl also works as a Resident beverage director at Kenichi. He currently resides in Austin, Texas, and leading a successful life away from the spotlight.