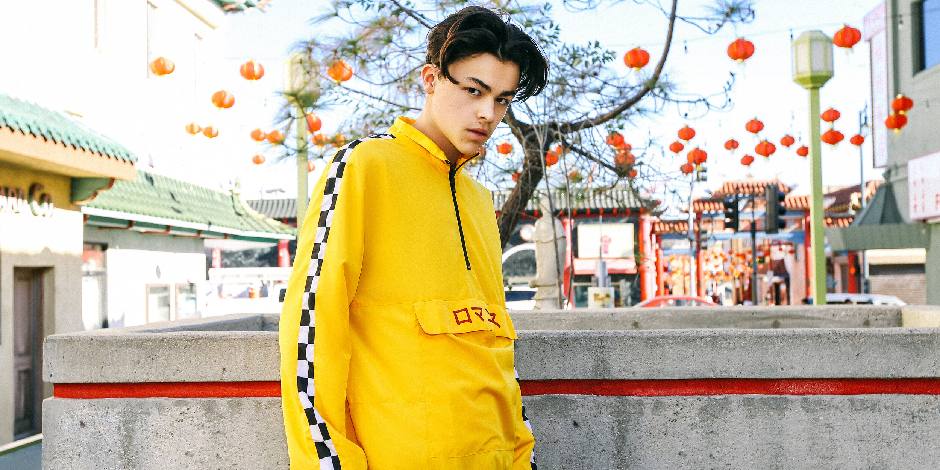 Alessio Scalzotto is an Italian-born American actor and social media personality. He is best known for his appearance in movies “Genius,” “Rim of the world,” and “A Babysitter’s Guide to Monster Hunting.”

Where was Alessio born and raised?

Alessio Scalzotto was born on 23rd October 2002 in Vicenza, Italy. He was born to Italian parents, Giancarlo and Tonia Scalzotto. He has two younger sisters, Mia Scalzotto and Nino Scalzotto. Scalzotto and his family moved to Northglenn, Colorado in 2012. Since then, he has been a resident of the United States.

How did Scalzotto start his Career?

Alessio Scalzotto started his acting career at the age of 16. Making his television debut from the series, “Genius” alongside Cara Horgan. Scalzotto portrayed the role of 14 years old Pablo Picasso in an episode “Picasso: Chapter One.” Following a year in 2019, he landed his first starring role as Gabriel in the science fiction adventure film, “Rim of the World” alongside stars Benjamin Flores Jr., Jack Gore, and Miya Cech.

Scalzotto further appeared in an American family horror film, “A Babysitter’s Guide to Monster Hunting” as Victor Colleti alongside stars Tom Felton, Tamara Smart, Oona Laurence, and Indya Moore. As of 2021, there has been no record of his new movie. Hopefully, we will see him in bigger pictures in near future.

Alessio Scalzotto is currently single neither has he had any previous relationships that we know of. He has posted his relationship status as complicated on Facebook but Scalzotto hasn’t been introduced to any girl as his lover yet. He is currently on his study and career. He currently resides in Longare, Italy with his family as per the news obtained from his social media.

One of Scalzotto’s favorite things is that he can play the piano. He enjoys SpongeBob SquarePants. He is very close with his younger sister and we can see Mia Scalzotto often on his social media. He plays basketball, skateboard, and enjoys rapping and b-boying.

Alessio Scalzotto celebrates his 19th birthday on October 2021. The boy who started his career at 16 years is now a tall grown man. He stands 5 feet 7 inches tall which is about 1.7 meters and weighs 52 kg or 114lbs. Scalzotto possesses a mesomorph body type and brown hair and eyes.

What is Alessio’s Current net worth?

Alessio Scalzotto has an estimated net worth of $400 thousand as of 2021. He made his earnings solely through his acting career. Scalzotto currently resides with his parents who own an Italian restaurant called Scalzotto Italian Restaurant in Broomfield, Colorado. He is living a luxurious life and we will probably see him back again on screen in the coming years.