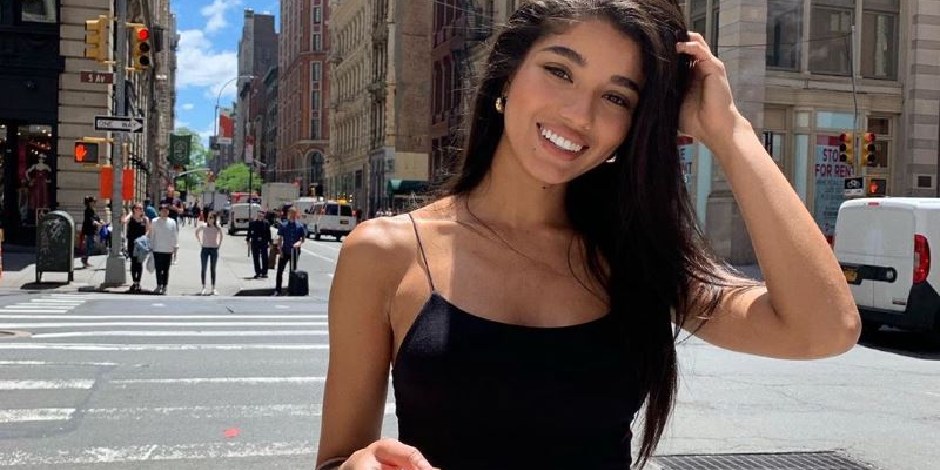 Yovanna Ventura is an American-born model and actress who came into the limelight as an ex-girlfriend of famous Canadian singer Justin Bieber.

Where was Yovanna born and raised?

Ventura holds an American nationality, and as per her ethnic background, she belongs to the ethnicity of Caucasian.

Yovanna Ventura spent her childhood happily with her family and grew up beautifully. Earlier, she was raised by her mother and step-father. She received all the love and support from her parents from the beginning. So, she has become able to follow her modeling career. Her step-father’s name is Humberto, who is a very loving person.

Ventura attended Miami Senior High School for her education, and from there, she became able to complete her graduation. But, unfortunately, further information about her educational background is still missing.

Yovanna Ventura started her career as a model. She is also an actress who began her acting career after being cast as Carissa Rosario in the TV mini-series “The New Edition Story” in 2017.

Likewise, she also made her appearance in the short video “Maluma: Hawai”, “Maluma & The Weeknd: Hawai (Remix)”, and more. In 2021, she played the role of Lola Garcia in the TV series “Tales”. But he grabbed people’s attention because of her relationship with her ex-boyfriend Justin Bieber.

To talk about Yovanna Ventura’s physical statistics, she has a height of 5 feet 9 inches (1.75 m) and a weight of 62 kg or 136 lbs. In addition, she has a fit body with measurements of 32-24-38. Similarly, she is an attractive woman who looks more beautiful with black hair and dark brown eyes.

Yovanna Ventura is currently single, but previously, she dated a famous Canadian singer Justin Bieber whose real name is Justin Drew Bieber. After he broke with her ex-girlfriend, Selena Gomez, an American singer, and actress, the couple started dating each other.

But she broke up with Justin Bieber later, and there was a rumor about her dating The Weekend, a singer. However, the rumor is not confirmed yet, and till now, there have been no other rumors about her relationship.

Check out the latest upadates on The Weekend

Yovanna is active on several social media platforms like:

Ventura is active on Instagram with the tag name (“@yoventura”), where she has5.2M followers and posted 176 posts. In addition, she has posted her adorable pictures and videos on her Instagram account, where her fans and followers liked her every post.

She presents herself so beautifully on her posts with her good fashion style sense. As a result, she gained more popularity as an Instagram influencer where she huge number of followers.

Yovanna is also active on Twitter with the tag name (“@YoVenturak”), where she has 36.3K followers and tweets 2168 times. She has posted her hot and sexy pictures on her Twitter, which many people liked and commented on.

Ventura opened her Facebook account named “Yovanna Ventura” with 4.7M followers. She has posted many attractive hot pictures for her fans and followers.

Yovanna uses a TikTok account with the tag name (“@yoventura”), where she has 127.8K followers and likes on her videos reached 768.8K likes. She mostly posted her lip-syncing, dancing, and fun videos.

Yovanna seems active on YouTube as there is a YouTube channel in her the name “Yovanna Ventura”, where 37 subscribers had subscribed to her channel, but she has not posted any video yet.

A beautiful, active and talented Yovanna Ventura is a famous model and actress who rose to fame as an ex-girlfriend of famous Canadian singer Justin Bieber. Currently, she lives a very happy and wealthy life enjoying an estimated net worth of $3 million.