Armie Hammer (Armand Douglas Hammer) is one of the best and popular American actor who was born on August 28, in the year of 1986. Armie Hammer is an American actor who was born in Santa Monica, California. Dru Ann is the name of Hammer’s mother, who was the former bank loan officer, and his father is Michael Armand Hammer, who was an American businessman, has owned numerous businesses.

He is the son of well-known businessman Michael Armand Hammer. After knowing the Hammer’s interest in acting, Hammer’s father and mother are a little bit disappointed about it. Still, they support him in every step of life and tell him not to quit the study so that he can go parallel in the academic field and also in the filmy sector. 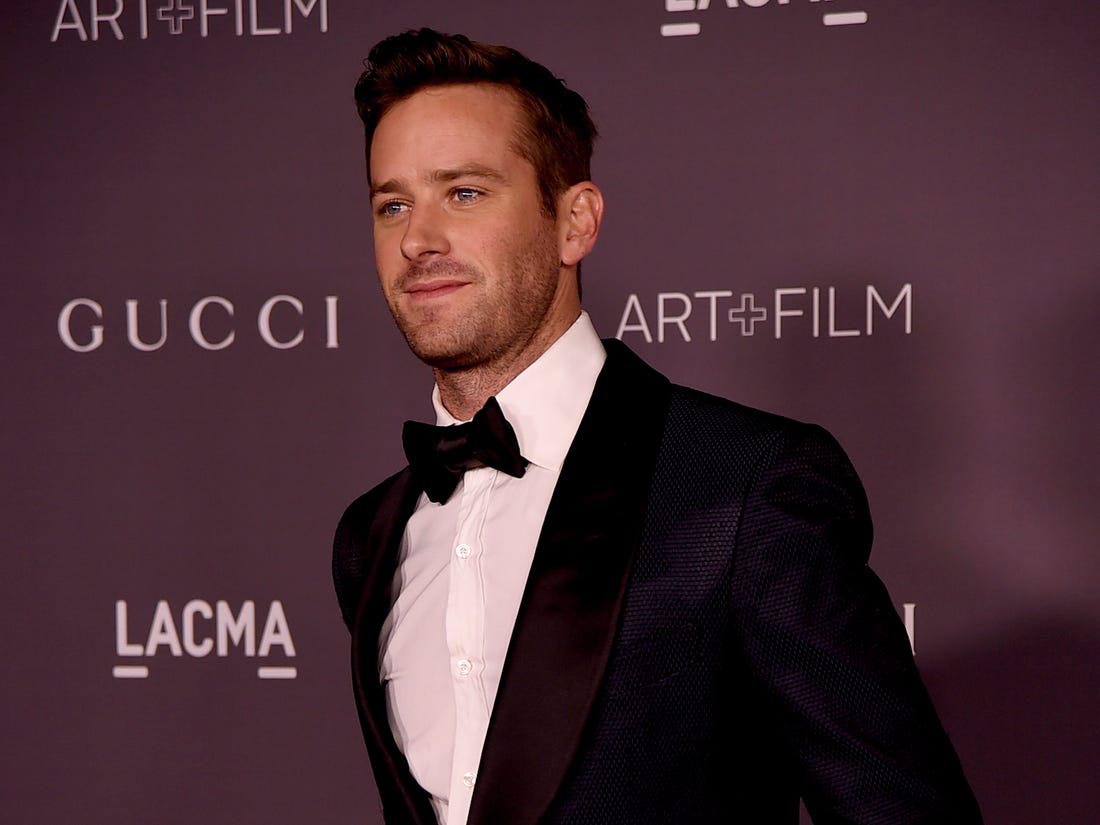 He has a younger brother whose name was Viktor, and he is his business partner. Armie Hammer lives several years in Dallas, which the neighborhood of Highland Park, and at the age of seven, they moved to the Cayman Islands, which is an autonomous British overseas territory in the western Caribbean Sea.

They lived there for five years and got back to Los Angeles and settled. He went to several schools like Faulkner’s Academy in Governor’s Harbour, Grace Christian Academy, whose founder was his father. Later he went to Los Angele Baptist High School. While he is in eleventh grade, he stopped his high school from running after the acting field, but his parents were not agreeing about dropping out of the academic filed. Despite the disagreement, they always support him for his betterment, so they are proud of his work.

Armie Hammer started his filmy career by doing a short movie on television, where he played a small guest’s appearance. Veronica Mars, Gossip Girl, Reaper, and Desperate Housewives are one of the series names that he had played a small role. Armie entered the film industry by doing a minor act in the movie Flicka. Later he played the leading role in the movie Billy: The Early Years, the biographical film directed by Robby Benson. Hammer nominated for the Award, and then he was awarded for the most inspiring performance. 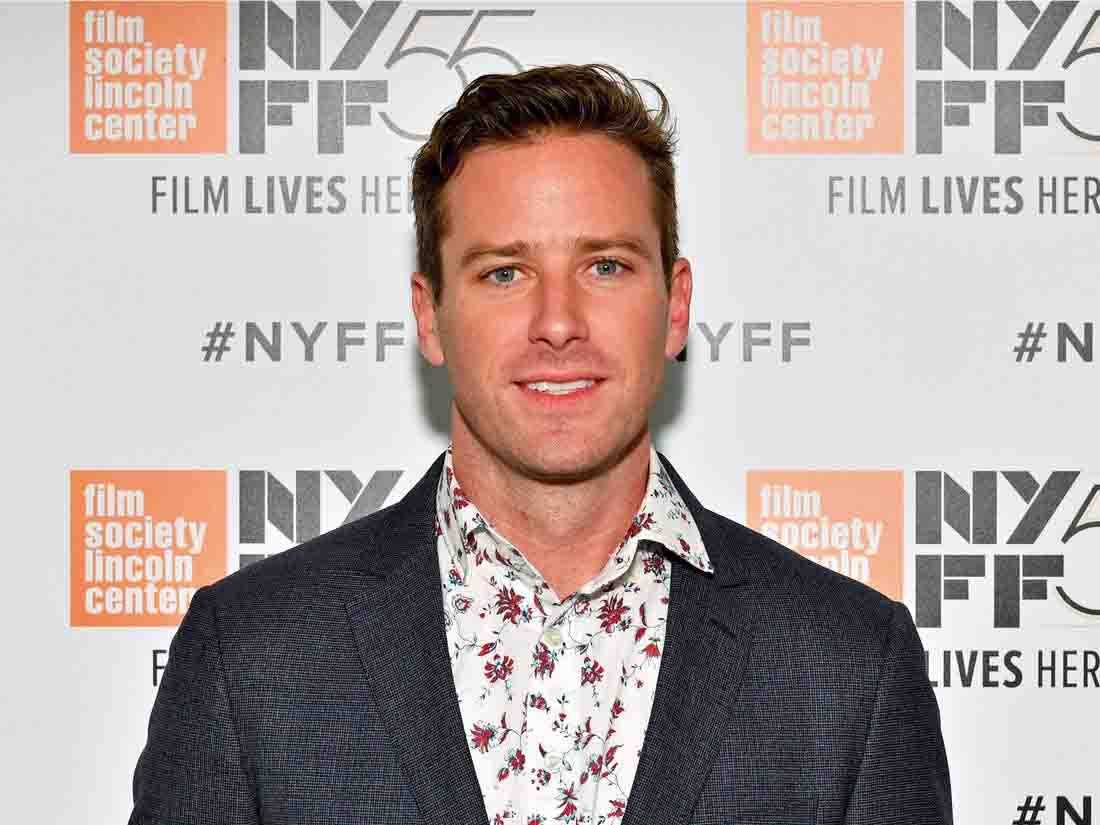 Armie Hammer receives good reviews from his movie. In 2007, the filmmaker George Miller who was an Australian film director, producer, screenwriter, and physician, offered him in the film named Justice League: mortal. Still, the cancellation of the film arises due to some issues. Later on, in 2011, he has been seen in the short story named Harrison Bergeron, a dystopian science fiction film. Armie Hammer shows his talent and becomes the popular actor by playing a role in the movie about creating a network titled “The Social Network.” It is an American biographical drama film released in 2010 by the director David Andrew Leo Fincher, who was well known by his psychological thrillers.

After that, he played in the movie, which represents the face of Cameron and Tylor Winklevoss. But the Hammer got his first criticisms in this movie. At that time, Hammer also won the Award for the best supporting actor. After that, he played in the film “J.Edgar,” released in 2011, was an American biographical drama movie which is directed and produced by the Eastwood. His acting in this film was charming and mesmerizing, and Hammer got many good reviews. Armie Hammer played in many movies, and he has received multiple awards for his performance.

Armie Hammer also appeared in 2016 in the film named “The Birth of a Nation,” directed by the Nate Parker. Hammer also received an award for this film. He played in movies like Free Fire, which is a comedy-action film directed by Ben Wheatley, Nocturnal Animal, which is the psychological thriller film written, produced, and directed by Tom Ford. Armie Hammer had done some romantic drama movies too, which includes “Call Me by Your Name.” 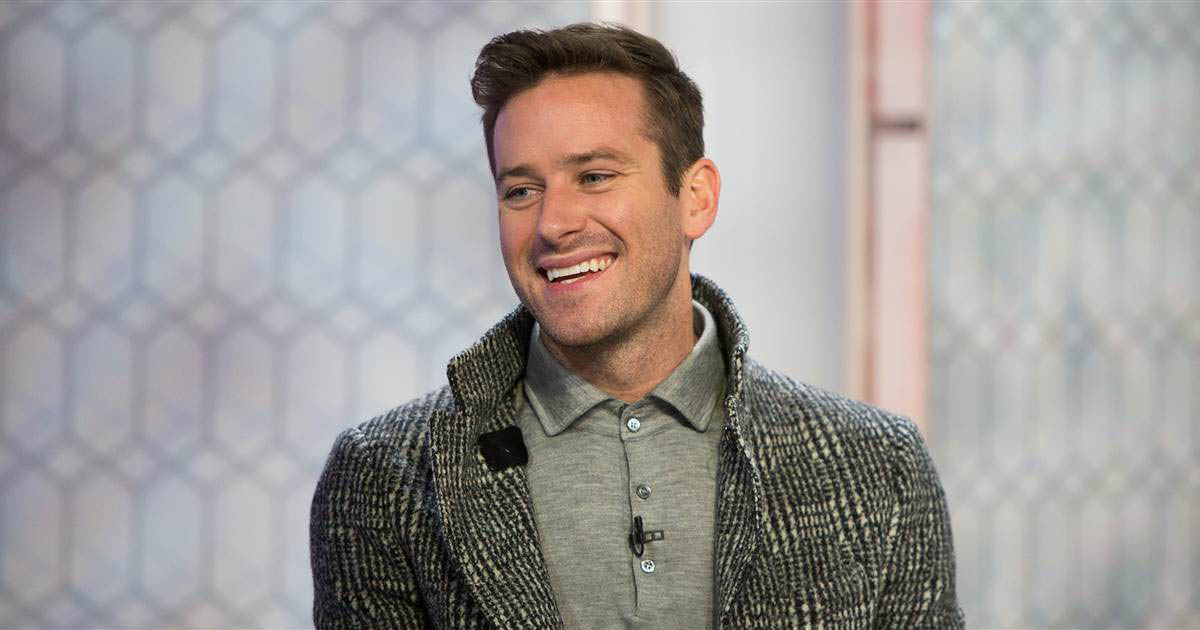 His act in the movie “Sorry to bother you” was an entertaining movie to watch, and Hammer also started to do the horror movie named “Psychological horror film wounds,” which is made by the filmmaker Babak Anvari. In his life, he had done lots of films with good reviews and got many awards for the film.

To talk about the love life of the Armie Hammer, he married the television personality, Elizabeth Chambers. They met through one of his friends Tyler Ramsey. They got married on May 22, 2010, and they had two children. But after ten years of relationship, they had decided to separate from each other, which they announced on their Instagram account.

He has an approximated net worth of $16 million.