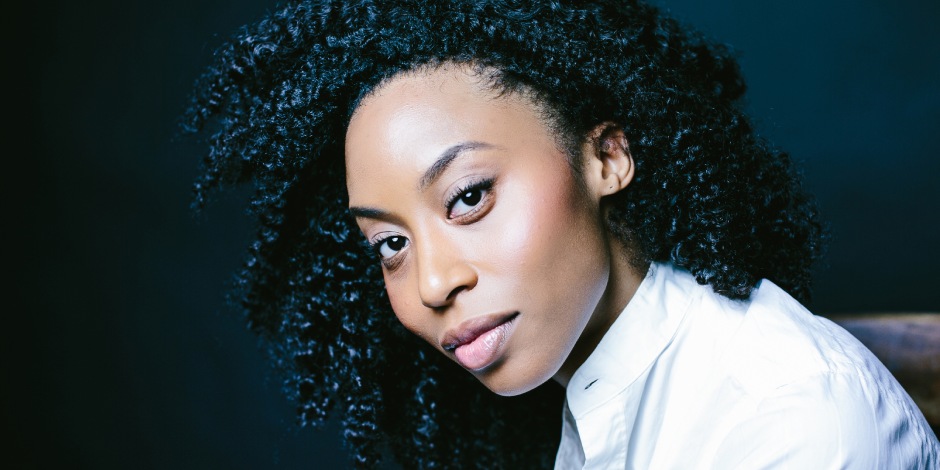 Yasha Jackson is an American television actress who recently made her career breakthrough with her role as Jada Harris in the television series, The Flight Attendant. She is also known for her appearance in the series, Black Mirror alongside Rashida Jones, and Manifest.

Where was Jackson born and raised?

Jackson was born in the capital of the United States, Washington D.C. on 6th August. Eiyou Jackson is her twin brother and the twin things seem to exist in her family since her grandparent’s generation. Jackson is Christian and is a true believer. We can see her attending churches and talking about her beliefs on her social media. She makes sure that everyone knows that she is a believer. She currently resides in New York.

Jackson has mixed ethnicity and has the nationality American. Her sexual orientation is straight.

Jackson attended Duke Ellington School of the Arts and later graduated from the State University of New York.

Yasha Jackson’s first television series appearance was Law & Order: Special Victims Unit alongside Zoe Margaret Colletti and Nicolette Pierini where she appeared as Courtney Williams in 2007. Jackson has appeared in several short films like 10 Cards, Gouge, and Teaming Up. She also voiced for the character Tanisha Jackson in the video game, Grand Theft Auto V alongside Olivia Negron and Jimmy Ray Bennett in 2013.

In 2016, Jackson made her film debut as Denise in the comedy, drama film, Little Boxes. In 2021, Jackson landed the role of Tina in the film, Either Side of Midnight. She is further preparing for the new upcoming films Killer Among Us, Clifford the Big Red Dog, and The Hating Game which are all scheduled to be released in 2021.

She appeared in television series like Hot Mess: the Web series, Nurse Jackie, One Bad Choice, Ray Donovan before landing the major role in the television series, Blue Bloods in 2018. Yasha Jackson started getting recognition for her role as Maya Thomas in the crime, drama, mystery series, Blue Bloods. She further appeared in Manifest and The bold Type in 2020 and another breakthrough role in the series, The Flight Attendant as Jada Harris.

Jackson will next appear in the tv film, Constance as Bells and tv series, Run the World as Iman.

Some of Jackson’s theatrical performances are The Beautiful Beautiful Sea Next Door, The Cherry Orchard, and All American Girls. Till today Jackson has done 11 stage performances.

Yasha Jackson has been nominated for Screen Actors Guild Awards for Outstanding Performance by an Ensemble in a Comedy Series in 2021 after her role in the television series, The Flight Attendant. The nomination was shared with co-stars Kaley Cuoco, Nolan Gerard Funk, Zosia Mamet, and 10 others.

Yasha Jackson is a bold and confident woman. She has a tall and slim body figure. She has afro hair.

Yasha Jackson has a net worth estimated at 7 million dollars. She has able to accumulate such wealth in rather a short period than other actors with her amazing acting skills.

Yasha Jackson has also recently appeared in the commercial for the drinks, BUD LIGHT, and the Surf Tide including several other commercials. Jackson is living a luxurious life right now.