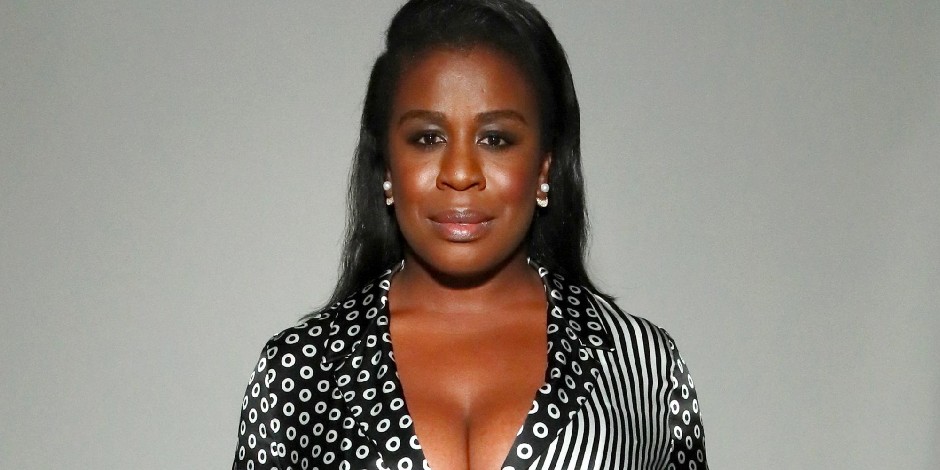 Uzo Aduba is an American actress popularly known for her appearance in the American comedy-drama series, Orange Is the New Black. She earned 2 Emmy Award and 5 Screen Actors Guild Awards for her portrayal of the character, Suzanne “Crazy Eyes” Warren on the series. She is further known for her appearance in Mrs. America, Candy Jar, American Pastoral, Showing Roots, and many more.

Where was Uzo born and raised?

Uzo Aduba was born on 10th February 1981 in the capital of Massachusetts, Boston, United States. She was born to Nigerian parents under the birth sign, Aquarius. Her parent’s name has not been disclosed. She grew up with her 2 brothers namely Rick and Obi Aduba and a sister, Chioma Aduba. Her brother, Obi Aduba is a professional Hockey player.

Check out the latest updates on Adam Brody and Showing Roots

Aduba’s birth name is Uzoamaka Nwanneka Aduba and the Nigerian meaning for her name ’Uzoamaka’ means ‘the road is good’. She has American nationality but she identifies herself as Nigerian. She has mixed ethnicity.

Uzo Aduba attends her education at Medfield High School graduating in 1999. In 2003, she graduated from Boston University with a Bachelor’s degree in Classical Voice and Drama. She attended her university with an athletic scholarship.

How did Aduba start her Career?

Uzo Aduba made her acting debut from the tv series, Blue Bloods. Following year, she made her breakthrough from the series, Orange Is the New Black where she appeared as Suzanne “Crazy Eyes” Warren alongside Rob Raco, Josh Segarra, and Jolene Purdy.

Aduba made her film debut in 2015 with the drama film, Pearly Gates as Corrie. Following year, she starred in the film, Showing Roots as Pearl, Candy Jar as Julia Russell, We Are Boats, Miss Virginia, Beats.

She appeared in the series till 2019. Between that year, she also made her appearance in the series, Steven Universe, 3Below: Tales of Arcadia, Mrs. America Alongside Cate Blanchett, James Marsden, and many more.

As of 2021, Aduba is playing the main role in the series, In Treatment as Dr. Brooke Lawrence. She is also preparing for the upcoming film, National Champions as Katherine.

Check out the latest updates on Rose Byrne and Mrs.America

Uzo Aduba has also been credited for her performance in several theatrical plays like The Seven, Eclipsed, Godspell, Venice, The Maids, and many more.

How many awards does Uzo win?

Uzo Aduba’s role in Orange Is The New Black marks the breakthrough moment of her career. She won the Critics’ Choice Television Award, 2 Primetime Emmy Awards, 5 Screen Actors Guild Awards for her performance in Orange In The New Black. In 2021, she won her second Critics’ Choice Television Award and third Primetime Emmy Award for her performance in the drama series, Miss America. She has also been nominated for Golden Globe Award 2 times in 2015 and 2016.

Uzo Aduba is currently believed to be single as she hasn’t mentioned anything regarding her love life yet. In 2013, she was rumored to be dating actor, Leslie Odom Jr. and caused quite a controversy. However, there is no concrete proof of the rumor. She isn’t married neither she have any children of her own yet.

During the 2016 SAG Awards, Aduba took Mark Crowley as her partner. He was the one who asked her for the date in High School Prom. So to show him her gratitude, she let him attend the Award show.

Uzo Aduba is 40 years old as of 2021. She possesses an average body build and stands 5 feet 8 inches or 173 cm tall. She weighs 65 kg or 143lbs. She has black hair and dark brown eyes. her body measurements are 36-30-38 inches and her sexuality is straight. Her gapped front teeth are one of her distinctive features.

Check out the latest updates on Taran Killam

What is the current net worth of Aduba?

Uzo Aduba has a net worth of 3 million dollars as of 2021. The major contributing factor for her increasing net worth is her role in the tv series, Orange Is the New Black. With her growing projects and popularity, we believe in no time, she will be one of the richest female celebrities out there.