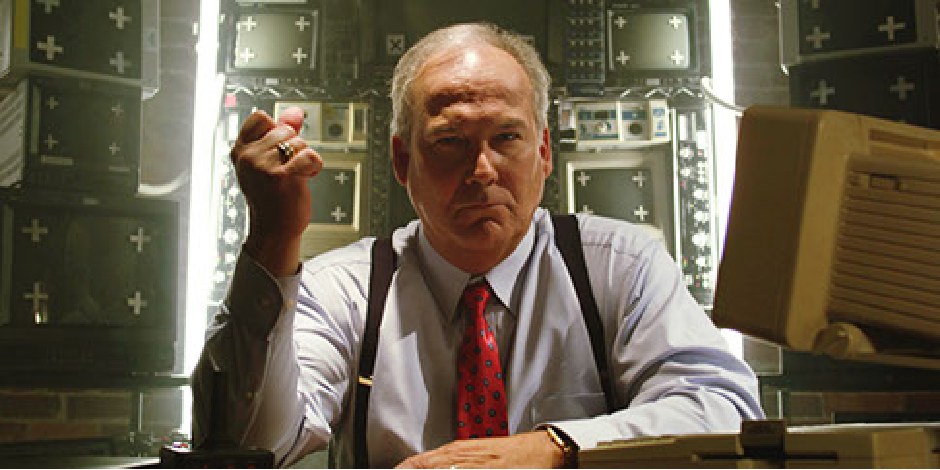 Brett Rice is an American actor who has graced the film industry with his numerous film appearances. He has appeared in several hit films like SULLY, Remember the Titans, Forest Grump, and TV series like In the Heat of the Night, I’ll Fly Away, Magic City, and many more.

Brett Rice was born on 20th April 1954 in a city called Chattanooga, Tennessee, United States. He was born to an American parent and is the oldest among his 3 siblings. He has American nationality and belongs to white ethnicity. He was born under the birth sign Taurus. His birth name is James Brett Rice. Further information about his family and siblings is yet to be disclosed.

Brett Rice was educated in his hometown. He attended a military school in Atlanta named Marist Military Academy. He changed several schools before that, and after finishing his military school, he joined U.S. Army.

How did Brett start his Career?

Brett Rice started his acting career through the theatre. He once went to a theatre building with a friend who was trying his luck on acting. It was that moment when he met the director and landed the role. He started performing in several theatres, making his way to movies and tv series.

Rice landed his first tv appearance in 1982 from the series The Catlins, and after 2 years, he landed his first-ever film role as Don Huston in The Bear. After that, he started playing small roles in several films like Forrest Grump, Gordy, Rosewood alongside Muse Watson and Don Cheadle, Holy Man, The Waterboy, A Little Bit of Heaven, etc. Likewise, he also appeared in several tv series. His major appearances include Magic City, Transparent, Longmire, and his first-ever regular role as Uncle BB in Paradise Lost in 2020.

In 2015, Rice received his first-ever nomination for COFCA Award for his performance in the film, Foxcatcher which he shared with the co-star Steve Carell, Channing Tatum, Mark Ruffalo, and others.

Who is Rice married to?

Brett Rice is married, and he is settled with a beautiful woman. Although he hasn’t shared the names of his wife, he has let his fans know that he is not single either. There are several photos of them together on his Instagram. The couple does not have any children yet as he has never once mentioned his children, and neither are there any photos of them.

Rice may be an active social media user, but he is quite selective when it comes to sharing his personal life. He is also a pet lover and owns a cat named Smudge. He has served in the U.S. military for 3 years. He has also taken a golf course.

Brett Rice turned 67 years old in April 2021. He has an average body build possessing a tall height of 6 feet 2 inches or 188 cm. He weighs 85 kg or about 187.5lbs. He has salt-and-pepper hair color and blue eyes. His cheerful smile and thin lips are some of his distinctive features. In addition, he has a straight sexual orientation.

Brett Rice is an active social media user. He is active on Twitter with over 700 followers, and we can access him through @BrettRice_. He has almost 400 followers on Instagram and can be connected by @jimmybrettrikce. He has his personal site and can be accessed by Brett Rice. He is not active on Facebook.

What is the current net worth of Rice?

Brett Rice has a net worth of over 1.5 million dollars as of 2021. His sole earnings come from his hard work in the film industry. There was a moment where he worked for 16 hrs. He has able to accumulate such wealth with his numerous films and tv appearances. He is currently leading a simple lifestyle and taking bigger and smaller roles in movies and tv series.