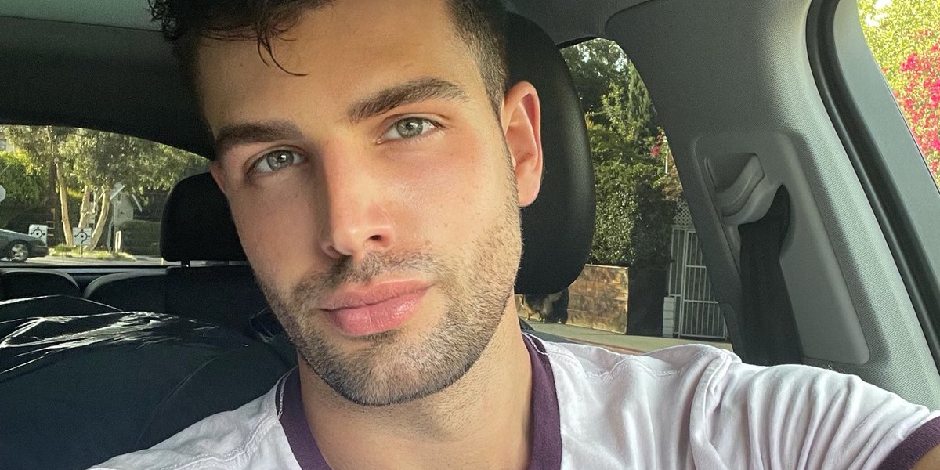 Daniel Preda is an American model and social media influencer who rose to prominence after revealing that he is the boyfriend of Joseph Michael Graceffa, better known by his stage name Joey Graceffa. Joey Graceffa is a well-known YouTuber, vlogger, actor, and singer.

As of 2021, Preda and Graceffa have broken up after six years of relationship. Preda is an LGBT+ role model and an inspiration to many lesbian and gay people out there.

Daniel Preda was born on 17th December 1992 by the name Daniel Christopher Preda. He is also known as Mister Preda. Preda was born and raised in Boston, Massachusetts, the United States with his two brothers whose name is still not disclosed in public. His mother’s name is Maria Preda with whom he is still close.

Preda moved to Los Angeles at the end of his high school after he came out as gay. His father was an alcoholic and was poor. Preda had $300 when he came to Los Angeles on his own. He was kicked out of his own house by his parents because of his sexuality. Preda has American nationality and white ethnicity. He has Sagittarius as his birth sign.

Daniel Preda graduated from the same university as his mother. He completed high school in his hometown and received half scholarship for his university. He initially took the pre-med course at Northeastern University but later switched his course and graduated with a degree in Communications in his hometown, Boston, Massachusetts.

On 15th February 2016, Preda and Joey came out as a couple through Joey’s YouTube video, “OUR LOVE STORY!.” Unfortunately, after a six-year-long relationship, the couple broke up in July 2020. Preda is currently single and he has moved to Italy where he resides with his dogs.

How did Preda become famous?

Daniel Preda first interned in entertainment network E! and used to work several small jobs to support himself. He later met people like him and Preda started using social media platforms. He started posting his pictures on Instagram which gained him attention from several modeling agencies. He gained further fame through his ex-boyfriend, Joey Graceffa on a social media platform. Today, Preda has over 848 thousand followers on Instagram where he can be connected through @misterpreda.

Preda is also interested in home decor apart from modeling. He has worked with James Charles and has endorsed several brands. Preda is represented by Elite, Model Management Agency, and Select Management Group. He has also opened his channel on YouTube where he has already gained over 348 thousand subscribers and goes by the name Mister Preda.

Daniel Preda is currently 28 years old turning 29 in December 2021. He has a slim and tall body build standing 6 feet 1 inch which is about 185.5 cm and weighing 77 kg or 169.5lbs. Preda has a handsome face and his toned physique, pouty lips are some of his distinctive features. He possesses dark brown hair and blue eyes.

Daniel Preda came out as gay in his early teens. Due to his confessions of coming out as gay, his parents kicked him out of his house. Now he is a role model for many gay people. Preda is a health freak and he takes great care of his physical appearance and looks.

Daniel Preda didn’t realize his sexual orientation since the beginning. He had also dated a few beautiful women in the past. Preda confessed in his Instagram that he was in a relationship with Alexandra Katherine. After coming out as gay, Preda started dating YouTuber, Joey Graceffa in 2014. He also appeared multiple times in his videos.

Daniel Preda has an estimated net worth of over $500 thousand as of 2021. His sole earnings come from his modeling career and through his brand endorsements. He is living a comfortable and successful life.