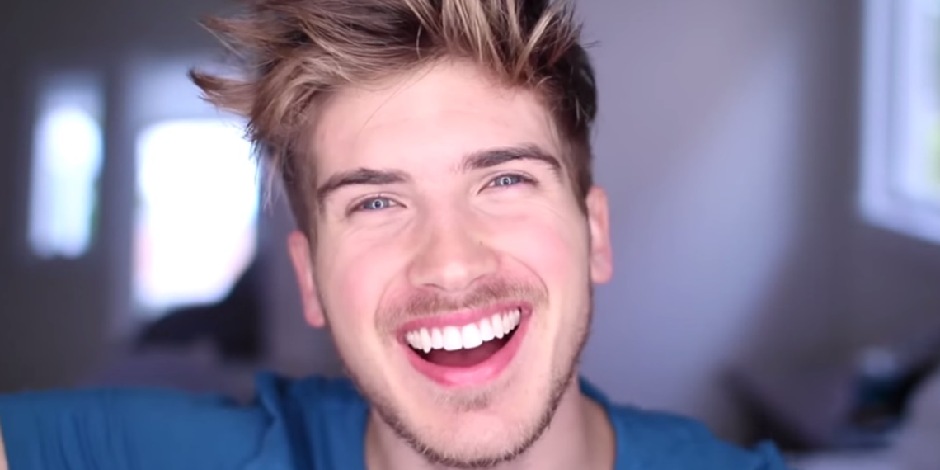 Joey Graceffa is an American Youtuber, vlogger, actor, author, producer, and singer who came into the light after posting many videos on his YouTube channels. Likewise, he is also known for playing roles in the series and movies, including “The Amazing Race”, “Eon”, “Storyteller”, and more. Since 2007, he is working actively in his career.

Where was Joey Born and Raised?

Joey Graceffa, whose real name is Joseph Michael Graceffa, was born on 16 May 1991 in Marlborough, Massachusetts, the U.S. as a son of a father, Joe Graceffa, and a mother, Debbie O’Connor. He has an older sister named Nicole. Currently, he is at the age of 30, and his zodiac sign is Taurus, as he was born on 16 May.

Joey holds an American nationality, and as per his ethnic background, he belongs to the ethnicity of Sicilian, Italian, and Irish.

Graceffa spent his childhood with his siblings and parents. He grew up nicely along with his sister and a younger half-brother from his mother’s marriage to Bob. In his early life, he has to deal with the trouble that his mother used to make because of alcoholism which resorted later to deal with her life troubles.

He also wrote a book named “In Real Life”, where he explained that he attended Marlborough High School in 2009 for his study. After that, he applied to Emerson College, but he could not get admission as he was rejected. Later, he attended Fitchburg State College, where he took a major in film. Later, he left his study and started focusing on his career.

How did Graceffa start his Career?

Joey Graceffa established himself as a YouTuber, vlogger, actor, author, producer, and singer. He has three YouTube channels where he gained many subscribers. Besides this, he also appeared in several movies and series, including “Eon”, “The Amazing Race”, “Haunting Ian”, “The Space Between Us”, and more.

To talk about Joey Graceffa’s physical statistics, he has a height of 5 feet 7 inches (1.78 m) and a weight of 68 kg or 147 lbs. Besides this, his body measurements are 42-32-38 inches. He has got a good-looking face with brown hair and hazel eyes. Likewise, he also made it cleared that he is gay.

Joey is active on Instagram with the tag name (“@joeygraceffa”), where he has 5.5m followers and posted 1817 posts. He has posted many good-looking pictures and videos, which received many likes and comments.

Likewise, he also has a Twitter account with the tag name (“@JoeyGraceffa”), where he has 3.8M followers and tweets 27.5K times.

Graceffa is also active on Facebook with the name “Joey Graceffa”, where he has got 1.2 million followers and posted many photos which received many likes and comments.

Check out the latest updates on Youtuber Branden Bingham

Joey has created a YouTube channel named “Joey Graceffa” with 9.38M subscribers. He joined on YouTube on 26 October 2009 and started posting many videos with his boyfriend Daniel Preda. They had posted a fun, and exciting videos on his YouTube channel, and his videos’ views reached 2,072,488,674.

Check out the latest updates on Glozell Green

A good-looking, active and talented Graceffa is popularly known as a YouTuber,  vlogger, actor, author, producer, and singer. Currently, he is living a very happy and standard life with an estimated net worth of $12 million.