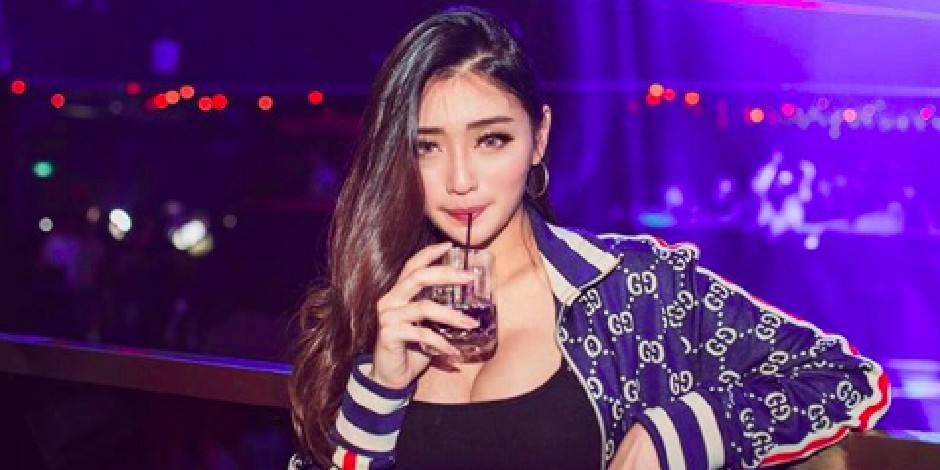 Debbie Soon is a well-known Singaporean Instagram star and model. She is known for posting modeling photo-shoot, selfies, and posts with family and friends on her Instagram account.

Debbie is also known as the wife of famous Youtuber Jianhao Tan.

Debbie Soon was born in 1997, on April 3. She was born in Singapore. Soon is currently 24 years old in 2021. Debbie has not shared any information regarding her parents. Soon is grown up with her sister name Kayley tan.

Talking about her educational background, she has attended Queensway secondary school. After completing high school, she joined Singapore Polytechnic. However, later on, she quit the polytechnic course stating that she has not enjoyed it.

How did Devvie start her Career?

Debbie Soon has worked as a pet groomer. Soon has also used to run a pet bakery called The Woof Barkery, having been skilled in making baked goods for dogs. However, she has mentioned that she stopped running a business on The Team Titan because her lifestyle includes an unscripted travel plan that left little time for entertaining potential customers.

Debbie Soon is famous as an Instagram star and model. She usually posts a selfie and post photo with friends and family. Soon has gathered such a massive fan following through her modeling photo-shoot, travel blogs, and other content on her Instagram account.

Debbie Soon is a mode. She has advertised for the brands such as Shoppe and London Weight Management on her Instagram account. Soon is also engaged on Twitter, Snapchat, and other social media account.

Debbie Soon was the manager at WooW. It is a dessert bar that was established by Jianhao and two other partners in August 2016. Later on, in September 2017, Debbie and Jianhao left working in that company due to internal conflicts with other partners.

Debbie Soon is currently working with her cousin and launched a jewelry store named The Kira Co. on February 5, 2020. Their accessories are decorated with AAA-grade diamonds simulants. They have launched three products as of May 2020.

Who is Soon married to?

Debbie Soon is a happily married woman. However, she tied a knot with follower Youtuber Jianhao Tan. Debbie and Jianhao first met at the pet grooming salon where Debbie had been working at the beginning. During that time, Jianhao used to bring his pet Pomeranian for grooming.

Debbie and Jianhao started dated in 2015. After dating for almost four years, they got engaged in 2019. Jianhao proposed Debbie by pranking her into attending a fake Sketchers launch event that he orchestrated. Later on, they tied a not at Rasa Sentosa in Singapore on May 21, 2019.

Through the YouTube channel name Jebbey family, Debbie Soon has two past relationships when she was fourteen and sixteen. She has also got and tattoos when she was sixteen years old with her ex-boyfriend.

Debbie and Jianhao published their pregnancy news through social media on April 14, 2019. At the time of the announcement, Debbie was already sixteen weeks pregnant. Later on, they organized a gender reveal party publishing that they had a daughter. On September 19, 2019, Debbie gave birth to their first child named Starley.

Jianhao Tan is a well-known Youtuber known for making sketches, blogs, and travel videos. He started his YouTube journey in 2014. Tan has also collaborated with a fellow Youtuber named Ridhwan Azman. Jianhao Tan is also an owner of a company called Cray8, which is a production Studio.

His company is successful which has gathered such a great response from their audience. Jianhao Tan joined the YouTube channel in 2010, on September 11. Tan has amassed more than 4.79 million subscribers till now with 260 videos and 1,303,216,671 views.

Some of his most popular videos are 12 Types of students in Study groups, 13 Types of people getting the vaccine, Inside the T1-T5 classroom! (Titan Studios), Students react to crazy fan theories, 17 types of students during the presentation, welcome to the Titan Academy, and many others, which gathered millions of views within a short period.

Debbie Soon and Jianhao Tan also have a family YouTube channel name Jebbey Family. They have gathered 588k subscribers on their YouTube channel with 64,946,426 views, created on November 10, 2013. They usually upload videos related to personal life, challenges videos, and others.

Some of their popular videos are Jebbey family night routine, Debbie switches lives with Jianhao for 24 hours, Jianhao switches with Debbie for 24 hours, Baby Starley’s first swimming class, we got married here, A special anniversary surprise, and many more.

Debbie Soon is a well-known Instagram model and social media influencer. She has gathered such a massive amount from her profession. Her estimated net worth is around $1 million to $5 million. She adds some amount through brand endorsements, promotion, shop, YouTube channel, ads, etc.