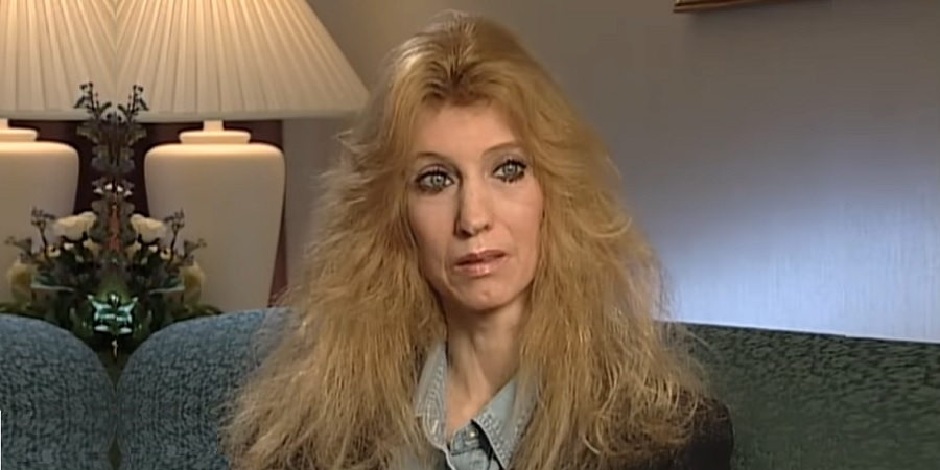 Deborah Nelson Mathers, aka Debbie Nelson, is the celebrity mother popular for being the mother of famous American rapper and songwriter Marshall Bruce Mathers III, famously known by the stage name Eminem.

Eminem is one of the greatest rappers and best-selling music artists of all time.

Where was Deborah born and raised?

Deborah Nelson Mathers was born on 1st January 1955 at St. Joseph, Missouri, United States. She is the daughter of Betty Hixon and Bob Nelson. Deborah grew up with her two brothers Steven Nelson and Todd Nelson. She has a step-sister named Tanya Gilpin from her step-father, Ron Gilpin. She further has two more step-siblings, Betty Renee and Ronnie Polkinghorn, from her mother’s third marriage.

Deborah holds American nationality and belongs to mixed ethnicity. She has a birth sign, Capricorn.

Deborah Nelson Mathers traveled to several countries with her brother, Steven, due to her father’s military transfer. While her other brother, Todd, stayed with their mother, Betty. Deborah lived in Italy, Germany, and California until she turned seven, when her parents got divorced. In 1964, her mother, Betty, gave birth to Tanya Gilpin’s daughter from her extramarital affair with Ron Gilpin.

When Mathers’ father came to know this, her parents got separated. Deborah’s mother tied her knot for the second time to Ron. Unfortunately, this time her step-father turned out to be an abusive one. Betty again left her second husband and had several affairs, finally settling down to third marriage. Betty then gave birth to Betty Renee and Ronnie.

Deborah’s mother had mental illness not long after. So, in general, we could say that Deborah could not get a proper childhood.

Deborah Nelson Mathers was educated in Lancaster High School. She met the love of her life, Marshall Bruce II, while she was in high school. Unfortunately, Deborah dropped out of high school at the age of 15 due to her family problems. Since then, she has never joined education.

Deborah Nelson Mathers became a mother at the age of 18. She gave birth to Eminem, whose actual birth name is Marshall Bruce Mathers III, from her first husband Marshall Mathers II. Deborah almost died after going through 73 hours of hard labor while giving birth to future Eminem. But not long after that, her boyfriend left him. Her son Marshall sent many letters to Marshall II, but it never received a response. Deborah also lost her brothers Todd and Ronnie to suicide.

Deborah’s brother, Todd Nelson, took great care of Eminem and Deborah. Deborah also took different separate jobs to raise Eminem. She later gave birth to Nathan “Nate” Kane Samara from her second love affair. She further gave birth to Michael and Sarah. Deborah has been three more times after her first failed marriage. First, she married Curt Werner because her mother urged her to but soon got divorced. She then married B.J., a landscape gardener, which lasted for three months. Her fourth marriage was with John Briggs, who also ended not long after.

Deborah Nelson Mathers is a beautiful woman with reddish-blonde hair and blue eyes. She has a slim body build and is known for her big eyelashes. Unfortunately, there is no further detailed information about her physical measurements.

Deborah Nelson Mathers is active on Instagram, but she has kept her account private. However, she can be connected by @dj2383.

Just like her mother could not give proper care to her, Deborah also failed to provide an appropriate childhood to her children. Her son, Eminem, used to be bullied while he was in high school. She used to fight with Eminem often. Deborah Nelson Mathers suffered from Munchausen syndrome by proxy, also called Factitious disorder imposed on another (FDIA), and was addicted to Valium. She used to make Eminem believe that he was sick despite being a healthy teenage boy.

“The water that I drank, fuckin’ peas in my plate, she sprinkled just enough of it to season my steak..”

Eminem wrote several songs about his mother, and it never told good things about her. Deborah also sued Eminem once for badmouthing her. Finally, in 2013, Eminem reconciled his relationship with Deborah and asked for her forgiveness. In 2014, Eminem released a song, “Headlight,” showing his love for Deborah. His lyrics says:

“I went in headfirst. Never thinking about who what I said hurt, in what verse My mom probably got it the worst…….. … But regardless I don’t hate you ‘cause ma! You’re still beautiful to me, cause you’re my mom…”

Deborah Nelson Mathers is currently living a single life. She released an autobiography, My Son Marshall, My Son Eminem, which sold over 100 thousand copies in 2008. There has been no clear estimation made about her net worth yet. But Deborah is living a luxurious life.