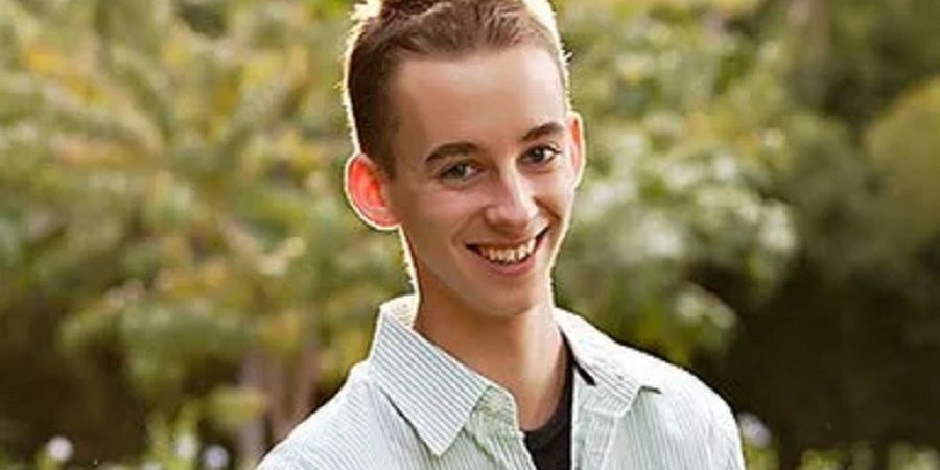 Sullivan Sweeten is an American-born actor famous for his performance in “Everybody Loves Raymond”, “Frank McKlusky,” and more. Besides this, he is also well-known as an identical twin brother of late American child actor Sawyer Sweeten.

Where was Sullivan born and raised?

Sullivan Sweeten, whose real name is Sullivan Skye Sweeten, was born on 12 May 1995 in Brownwood, Texas, USA, as a son of a father, Timothy Lynn Sweeten, and a mother, Elizabeth Anne Millsap. He had an identical twin brother whose name is Sawyer Sweeten and has a sister named Madylin.

Currently, he is at the age of 26, and his zodiac sign is Taurus, as he was born on 12 May. Sullivan holds an American nationality, and as per his ethnic background, he belongs to the ethnicity of White.

Sullivan Sweeten lived happily with her family members and grew up nicely in a good environment with his sibling. Earlier, when he was just a 6-month-old baby, his family moved to California. He is quiet about his parents, but his twin brother, Sawyer Sweeten, whose real name is Sawyer Storm Sweeten, was an American child actor.

Sawyer was born on 12 May 1995, but when he took his last breath on 23 April 2015 in Austin, Texas, the U.S., the cause of the death was suicide by a self-inflicted gunshot to the head. Likewise, his sister, Madylin, whose real name is Madylin Anne-Michele Sweeten, has established himself as a famous American actress.

Besides this, Sullivan and his two siblings are also together, starring in the American sitcom television series “Everybody Loves Raymond” created by Phillip Rosenthal. He was close to his twin brother and his sister, but he had to lose his twin brother in 2015.

Besides this, he hides his educational background information so that it becomes hard to get his academic qualification.

How did Sullivan start his Career?

Sullivan Sweeten has established himself as a well-known actor, where he started his acting career from his childhood after being cast as a child actor in the T.V. series “Even Stevens” in 2000, where he played the role of Milton.

After in 2002, he also made his appearance as a Young Frank in the movie “Frank McKlusky, C.I.”. Likewise, he also got the role in the T.V. series “Everybody Loves Raymond” as Michael Barone where he played the role from 1996 to 2005. Further, in 2017, he also got the role of Jack in the short movie “Casting”.

Besides this, he gained more fame and popularity as a twin brother of late American child actor “Sawyer Sweeten”. Similarly, he is also known as the brother of American actress Madylin Sweeten.

Sullivan Sweeten’s relationship status is still a mystery for his fans and followers. There is also no rumor about his relationship. So, it can state that he is single on focusing on his career rather than being in a relationship.

To talk about Sullivan Sweeten’s physical statistics, he has a height of 5 feet 5 inches and a weight of 60 kg. He is a good-looking man who looks more attractive with blonde hair and black eyes.

Sullivan Sweeten is not active on any social media platforms, but his sister Madylin is active on Instagram with the tag name (“@bettyboopgurl”), where he has 8015 followers and posted 499 posts.

She also has a Twitter account with the tag name (“@REALAllyBarone”), where she has 7917 followers and tweets 2566 times.

A good-looking, active and talented Sullivan Sweeten is a well-known American actor known for his appearance in “Everybody Loves Raymond”, “Frank McKlusky,” and more. Currently, he is living a very happy and wealthy life, enjoying an estimated net worth of $1.5 million.