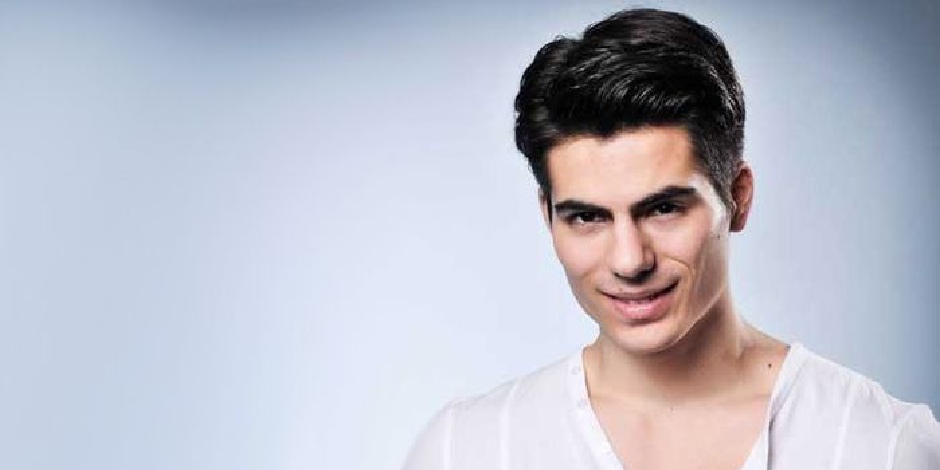 Dominique Capraro is a Swiss model and dancer who grabbed people’s attention after living in a relationship with an American makeup artist, entrepreneur, and voice actress Michelle Phan.

She is also known as a beautiful YouTuber.

Where was Dominique born and raised?

Dominique Capraro was born in Visp, Switzerland on 16 May 1988 as a son of a mother, Monika Thoni, but he is quiet about his father, but he stated that his father is Italian. Currently, he is at the age of 33, and his zodiac sign is Taurus, as he was born on 16 May.

Dominique holds Swiss nationality, and as his father has Italian ancestry and his mother has Swiss origin, he holds Swiss-Italian ethnicity.

Check out the latest updates on Matt Danzeisen

Dominique Capraro grew up nicely in a good environment but remained quiet about his family members and childhood. So there is still a mystery about his personal life. Besides this, he was interested in modeling and dancing from his childhood, so he followed his career to became a dance and model.

Likewise, to talk about his educational background, he attended the University de Lausanne, where he studied Art History. Later, he graduated from the university and joined College de Abbaye de St Maurice.

Dominique Capraro is a well-known model who became the Mr. Switzerland runner-up. Besides this, he became more famous and popular as a boyfriend of American makeup artist, entrepreneur, and voice actress Michelle Phan.

Who is Capraro Dating?

Dominique Capraro’s name is frequently linked with Michelle Phan, an American makeup artist, entrepreneur, and voice actress. She is also well-known as a beauty YouTuber as she created her YouTube channel named “Michelle Phan”, where she has 8.84M subscribers and posted many makeup videos with beauty tips that many people liked.

Capraro and Michelle used to be in a romantic relationship. The couple first met each other at a café, and they fell in love with each other. Later, they started dating but had to live in a long-distance relationship because of their profession. Later, they met after two years in Paris and posted their adorable picture of kissing each other.

He also appeared on her YouTube videos and used to make videos together. But suddenly, Michelle posted her farewell video in 2015 and remained out of contact for two years. Later, she returned to YouTube in 2019, but she did not talk anything about her relationship, and also Dominique Capraro kept all the information private.

Check out the latest updates on Catherine Missal

So, Dominique Capraro’s relationship status is still a mystery for his fans and followers as they have not made any confirmation as they are together and not.

To talk about Dominique Capraro’s physical statistics, he has a height of 6 feet 2 inches and a weight of 77 kg. Similarly, he has a fit and perfect body structure where his chest and waist size is 40 inches and 32 inches, respectively. In addition, he has a good-looking face that looks perfect with his brown eyes and brown hair.

Dominique Capraro is active on Instagram with the tag name (“@dominiquecapraro”), where he has 143K followers and posted 104 posts. But, his Instagram account is private as he is a secretive person. Further, he has not created his Twitter, Facebook, and YouTube accounts, so he is not active on these social media platforms.

Check out the latest updates on Yolanda Lynes

A good-looking, active and talented Dominique Capraro is a well-known Swiss model and dancer. After he was linked with an American makeup artist, entrepreneur, and voice actress Michelle Phan, he grabbed people’s attention. Currently, he is living a standard and peaceful life, enjoying an estimated net worth of $5 million.