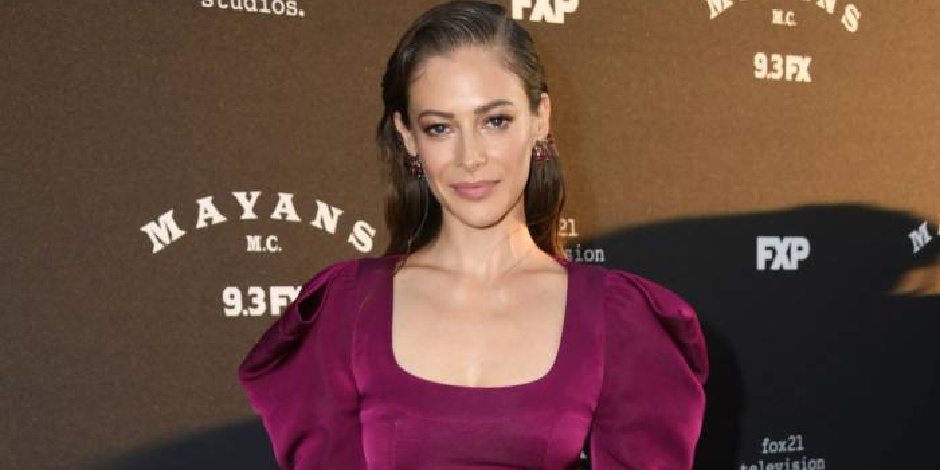 Efrat Dor is a well-known Israeli actress who is popularly known for her roles on “The Zookeeper’s Wife”, “Sneaky Pete” and “The Flash” alongside Robbie Amell and Keala Settle. She has been seen working actively on her career since the year 2007.

Where was Eftar Dor born and raised?

Efrat was born on 6 January 1983 in Beersheba, Israel to a writer and an engineer and she has three siblings. Further information about her family and relatives is not mentioned by her. Currently, she is 38 years old and her zodiac sign is Capricorn.

She holds an Israeli nationality and belongs to the ethnicity of Polish, German and Russian.

Where did Dor go to School?

Earlier, Efrat Dor attended Eshel Ha’Nasi High School where she was seen doing her study on drama. She was also seen to participate at the Bat-Dor Beer Sheva professional dance school where she trained as a ballet dancer. Later, she also went to attend the Beit Zvi School for the Performing Arts where she studied acting. Further, she was also seen attending at Lee Strasberg Theater and Film Institute.

Efrat Dor’s height is 5 feet 4 inches and her weight is 56 kg. Her body measurement is 32-26-34 inches and has blonde hair with blue eyes.

Dor is active on Instagram with the tag name (“@efrat_dor”) where she has 27k followers and posted 51 posts.

How did Efrat Dor start her Career?

Efrat Dor started her acting career after she appeared as Jessica in the Israeli movie “Phobidilia” in 2009. After that, in 2017, she was also cast as Magda Gross in a drama movie “The Zookeeper’s Wife” and in the same year, she was also seen playing the role of Tamar in the movie “And Then She Arrived”.

Dor started her television career after she played the role of Hila on a series “Meorav Yerushalmi” from 2009 to 2010.

In 2018, she was seen appearing as Annabelle on a French-Belgian comedy-drama movie “Holy Lands” which was written and directed by Amanda Sthers. In 2019, she played the role of Linda Harris in the movie “Mossad”.

Efrat Dor was seen playing the role of Shir Amber on an Israeli television series “Asfur” from 2010 to 2011. In the year 2011, she was cast as Liron on a series “Timrot Ashan”.

Likewise, from the year of 2011 to 2015, she played the role of Alex Yudayov in an Israeli police procedural drama “Akhat Efes Efes/ Downtown Precinct”. Besides this, she was also seen appearing as Elinor on a series “Mermaids” from 2014 to 2015. After that, in 2016, she was cast as Irene on a series “Ha-Hamama”.

In her career, she was nominated for the Award of the Israeli Television Academy in 2012.

Efrat Dor is a beautiful, active and talented actress, who played roles in several movies and series has an estimated net worth of $1 million.