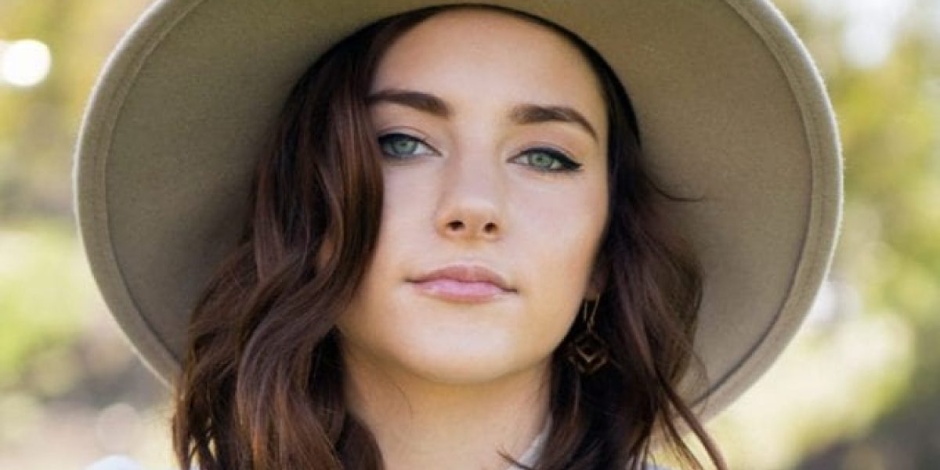 Haley Ramm is a professional actress from the United States who is popularly known for her appearance in the police procedural drama series, Without a Trace and her starring role in the supernatural thriller series, Light as a Feather as Violet Simmons.

Where was Haley Ramm born and raised?

Haley Ramm was born on the 26th March of 1992 in Texas of United States. Her birth name is Haley Michelle Ramm and she was born to Barbara Wilson and Brian Ramm. She grew up with her older brother named Max Ramm. She moved to Los Angeles with her mother to pursue her acting career when she was 11 years old. She first started with few commercial appearances and as a model for magazine covers.

She was interested in dancing since she was 3 years old performing in several local studios. She belongs to the ethnicity white and her nationality is American. She has Aries as her birth sign and her sexual orientation is straight. Ramm turned 28 years old in 2021.

How did Haley start her career?

Haley Ramm made her first film debut in 2002 as little Starla Grady in the teen comedy film, Slap Her… She’s French. She stepped into the television world with a small role as Emily in the series, CSI: Crime Scene Investigation in 2004.

She made a small appearance in films like Flightplan, Yours, Mine and Ours, Into the Wild, Just Peck. She gained recognition with her role as Kelly Beardsley in the 2005 film, Yours, Mine, and Ours. She also appeared in X-Men: The Last Stand as young Jean Grey alongside James Marsden and Hugh Jackman in 2006. Haley Ramm has further appeared in the film Rubber as teenage Fiona, Red State as Maggie, Disconnect as Abby Boyd, Cowgirls ‘n Angels: Dakota’s Summer as Dakota Rose.

As of 2021, Ramm is currently preparing for her role in the upcoming comedy film, Mark, Mary & Some Other People.

She made a smaller appearance in the series CSI: Crime Scene Investigation, CSI: Miami, ER, and landing her first recurring role in the 2007 drama, Without a Trace alongside Tony Goldwin, and Kasha Kropinski.

Ramm landed her first main role in the 2014 drama series, Chasing Life where she portrayed the character of Brenna Carver. In 2018, she again landed another main role as Violet Simmons in the supernatural thriller series, Light as a Feather.

Haley Ramm has also made her appearance in several television films like Ben 10: Race Against Time, Bond of Silence, The Odds, and Worst. Prom. Ever.

Ramm has also voiced for the video game, L.A. Noire as Jessica Hamilton in 2011.

How many awards does Haley have?

Haley Ramm has been nominated four times. She was first nominated with Young Artist Award for Best Performance in a Feature Film – Young Ensemble Cast after her appearance in the series, Yours, Mine & Ours in 2006. Following a year in 2008 and 2009, she received 2 more Young Artist Award nominations for her performance in Ben 10: Race Against Time and Without a Trace respectively.

In 2016, Haley Ramm was nominated with The Golden Coyote Paws for Best Actress after her performance in the award-winning short drama film, Three Days.

She has a slim body build with a height of 5 feet 3.5 inches which is 161 cm to be exact having a bodyweight of about 52 kg or 114.5 lbs. She has beautiful blue eyes and brown hair.

Who is Haley in a relationship with?

Haley Ramm currently resides in Hollywood, Los Angeles of California state in the United States. She has been in a relationship with Pete Williams since 2013. She has previously dated actor Graham Phillips and Tyler Jones. She is a fun and outgoing person as well as a dog lover. She is seen traveling and dressing up most of the time while also cuddling with her pet dog.

Haley Ramm is active on Instagram. She has over 88.3 thousand followers on her page where she can be connected by @haleyramm.

What is the current net worth of Haley’s?

Haley Ramm has an estimated net worth of 3 million dollars as of 2021. Her earnings mostly come from her successful television career. She has also further endorsed several fashion clothing brands like Miu Miu, Marc Jacobs, Gucci, DVF, and others through her Instagram. She has commercials for Dell computers and Hasbro.