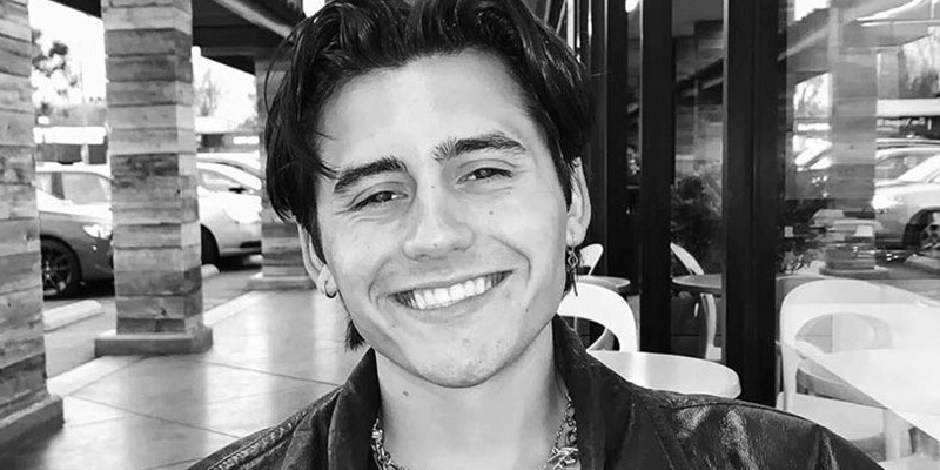 Isaak Presley is an actor, musician as well as YouTuber from the United States who is well known for his appearance in the tv series ‘Wet Hot American Summer: First Day of Camp,’ ‘Stuck in the Middle, ‘Fuller House,’ and the film, ‘One Nation Under God.’

Where was Isaak born and raised?

Isaak Presley was born on 16th June 2002 in Los Angeles, California, United States. He was born under the birth sign Gemini. He is the son of Lou Presley, who is a professional dancer and actor. He does not have a mother, as his father had him by surrogation. He was raised by his father alone, and he is still close to his father.

Presley has an American nationality and belongs to the white ethnicity. He has Cuban ancestry.

How did Isaak start his Career?

Isaak Presley started his career as a singer. He started writing music earlier before making his film debut. He has released several songs like “Cowboys Are Real Men,” “About Love,” “Be King,” and several more. He made his film debut in the 2011 film “Brooklyn Brothers Beat the Best,” portraying the character of Bradley at the age of 9. He then further played smaller roles in the tv series “The New Normal,” “Ghost Ghirls,” “Instant Mom” for the following reason.

In 2014, Presley appeared in the short film “Pro Wrestling Family” and “A Killer of Men” in 2015. He made his career breakthrough the same years after landing the role of Kyle in the series “Wet Hot American Summer: First Day of Camp.” The same year, he won Young Artist Awards for Outstanding Ensemble Cast in a Web or VOD Series for his role in the series, “A History of Radness.” He has further appeared in “Stuck in the Middle,” “Fuller House,” “Hubie Halloween,” and “Total Eclipse,” working alongside stars like Mckenna Grace, June Squibb, and Logan Pepper.

In 2020, Isaak Presley made another breakthrough with the film “One Nation Under God,” where he portrayed the role of David Guiterrez. For his performance, he was awarded Best Actor Teen Fan Favorite and Best Actor Teen.

Who is Presley Dating?

Isaak Presley is currently in a relationship with Kenzie Zieglar, who is also a singer and actress. The couple has been together since 2019, as they officially took it to Instagram. The couple has appeared in several awards and parties together. She also appears in Isaak’s YouTube videos. Presley was previously rumored to be dating actress Jenna Ortega back in 2014 and a model named Andora Leigh. However, the rumor was never confirmed by Presley.

Presley grew up with his father, so he has always looked up to him. His father is an entertainer and actor, so he was introduced to the acting field, which he thanks to his father. During an interview with POPCITYLIfe, Presley mentioned that he would like to work with an actor, Ryan Reynolds and Robert Downer Jr., in the future.

Check out the latest updates on Mckenna Grace and Fuller House

Isaak Presley is 18 years old and soon celebrate his 19th birthday on 16th June 2021. He is still in his teen and at his prime age. He has an athletic body build as he has been maintaining his body and workout out for some time now. He is 5 feet 8 inches tall, about 173 cm, and weighs 65 kg or 143.5lbs, to be exact.

Presley has dark brown hair and eyes. He is known for his wide smile and side-parted hair.

Isaak Presley is an active social media user and is quite popular. He uses Instagram where he has 1.6 Million followers with a total of 803 posts. Similarly, His Twitter account tag name is @Isaakpresley which has 33.1K followers. He also has a Facebook account with the name Isaak Presley, where he has 14K followers and posted many photos on it.

Presley crested his Youtube Channel with the name Isaak Presley where he has around 526K subscribers. his Youtube channel contains videos relates to different challenges, vlogs, and songs. He is also very famous on TikTok with the username isaakpresley. He has 1.4M followers in TikTok.

What is Presley’s Current Net Worth?

Isaak Presley has an estimated net worth of $200 thousand to $450 thousand as of 2021. His major source of earning comes from his acting career. He also makes huge earnings from his social media platform and musical career as well. He is living a luxurious lifestyle and still way more to go as he is just getting started.