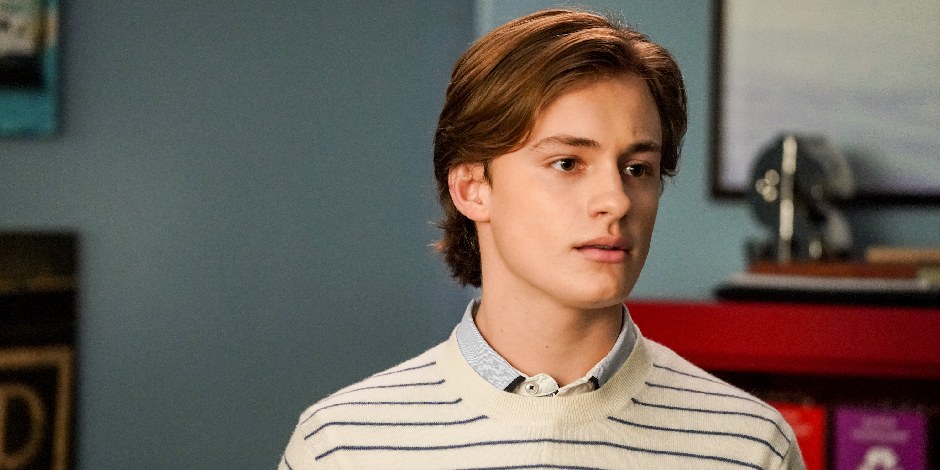 Logan Pepper is a well-known actor, who is popularly known for his roles on “American Housewife” alongside Holly Hunter and Robert Patrick, “NCIS: Naval Criminal Investigative Service” and “American Dad!”. He has been seen working actively on his career since 2017.

Logan Pepper was born on 25 June 2002 in Los Angeles, CA as a son of Corey and Susannah. Pepper’s father is an actor and also worked as improve teacher at Lisa Picotte’s Young Actor Workspace. He has an elder brother, whose name is Griffin Pepper. Currently, he is 18 years old and his zodiac sign is Cancer.

Pepper holds an American nationality and belongs to the White ethnicity.

Who is Pepper in a relationship with?

Before Logan Pepper was in a relationship with Meg Donnelly but currently, he is single and focusing on his career.

How did Logan start his Career?

Logan Pepper started his acting career after he had been cast as Logan Pepper on a short video “Disney Channel Stars: DuckTales Theme Song” in 2017 which was directed by Kerri-Anne Lavin.

In the year 2017, he appeared as Jack in a short movie “Girls & Boys” alongside Rashida Jones and Lana Condor which was directed by Jeff Lengyel and was written by Jeff Lengyel. Besides this, he was also cast as Marshall on a short drama movie “Wolves” which was directed by Chester Howie and was written by Victor Alonso-Berbel.

Logan was seen appearing as a special guest on a television series “Brat Chat” in 2018. In that year, he was also seen playing the role of Student in a short movie “Quadratic Equations” which was written and directed by Bebe Wood.

Further, he played the role of Cooper Bradford on a comedy television series “American Housewife” in 2019, which was created by Sarah Dunn and his performance on the series received more attention. Likewise, he was also seen as Gremlins Kid on a television series “American Dad!” which was created by Mike Barker, Seth MacFarlane, and Matt Weitzman where his performance was also praised by everyone.

What is the Current Net Worth of Logan Pepper?

Pepper is a good-looking, dashing and active actor who has been seen appearing in several movies and series has an estimated net worth of $10 million.