Skip to content
Home » Gossip » How did Kate Winslet and Jim Threapleton daughter Mia Honey Threapleton entered the world of acting? How is Kate life after all those breakup?

How did Kate Winslet and Jim Threapleton daughter Mia Honey Threapleton entered the world of acting? How is Kate life after all those breakup? 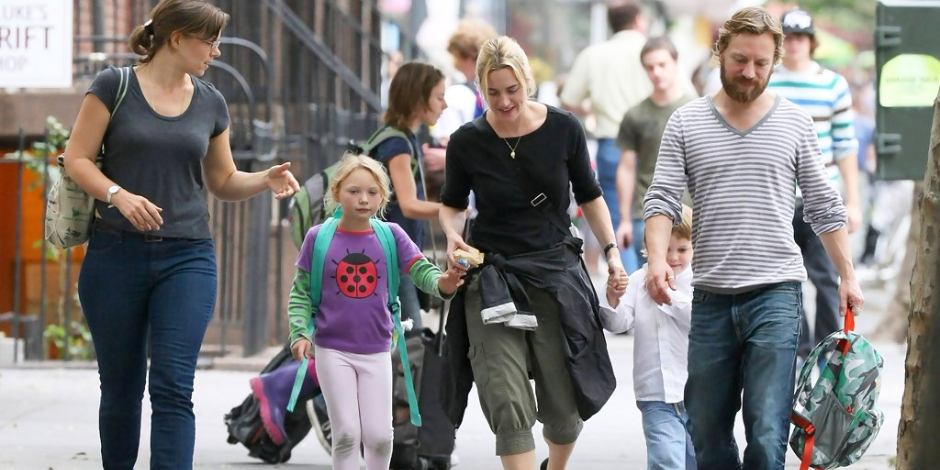 It might come as a surprise to many of us that Kate Winslet has a daughter who has now followed her mom’s footsteps and entered the world of acting. The 20-year-old has just made a debut in the movie industry entirely on her without revealing the fact that she was the daughter of Kate Winslet, which was sure to get her some advantage over others.

The former Titanic star was married to Jim Threapleton from 1998 to 2001, during which they had a daughter, Mia Honey Threapleton.

It all slipped under the radar when Mia made her debut because nobody knew she was Kate Winslet’s daughter.

Mia Honey Threapleton, after her father, has taken the “Winslet role” in her profession, making a debut in an Italian Thriller Drama called SHADOWS.

Mia plays the role of Alma in the movie, giving life to the character of Alma, a young girl who lives in the woods with her sister and an over-protective mother in what appears to be a post-catastrophic world.

And not just the movie, Mia Honey is set to feature in a new TV series that is currently in production. However, we don’t know precisely what role she is going to play, but one thing we know for sure is, she is going to provide her viewers with some fine acting and performances in the days to come.

Kate Winslet recently revealed in an interview that she somehow always knew that Mia would follow in her footsteps and make her career in acting. That dream of hers came true when Mia not only made a debut but without anyone’s knowledge, on her own merits. “I’m a proud mom.”, said Winslet, “She’s getting roles on her own merit and not because she’s come in with a famous last name”.

Kate Winslet was married to director Jim Threapleton for almost 3 years. The couple welcomed Mia in October 2000 and soon decided to split. Mia Honey has said that she did not particularly spend time with either of her parents on set, but coming from a family of actors and directors, she was sure to catch the acting bug.

After her divorce from Jim Threapleton, Kate Winslet met director Sam Mendes, and the two started dating. Having found everything she looked for in a partner, she decided to marry him in 2003 and started living in New York, United States. They have a son together who was born the same year.

Amidst intense media scrutiny of Mendes having an affair with actress Rebecca Hall, Winslet divorced him in 2010 and decided to keep the child with her. Kate Winslet admitted being heartbroken by the split. In 2011, Winslet met businessman Edward Abel Smith, and after a year of dating, the couple tied knots in New York in December 2012, and she gave birth to her third child, Bear (son) the following year.

Where is Kate Now?

She currently lives with her husband in the countryside in Sussex, England, along with her children. She says that her family and children are of the utmost importance to her, and she manages her shoots to fit everything in place and even turns down offers that’d keep her away from home for long periods of time, so her kids get all the love and attention they deserve.

We wish Mia all the success in life and hope to see more of her on the screen in days to come.