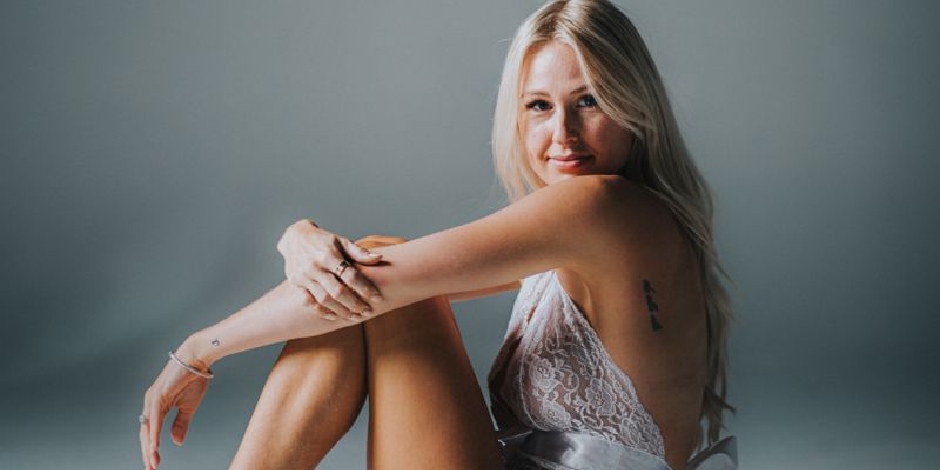 Her vlogs include everything including her daily life with her boyfriend, pregnancy, babies’ reaction, birthdays, and many more.

Where was Keren born and raised?

Keren Swanson was born on 18th November 1992 in Griffin, Georgia, United States. She was born to American parents Catherine Swanson and John Alfred Swanson. There isn’t any information regarding her parent’s profession yet but she was raised in a happy family. Her mother has a daughter named Melissa from her previous relationships. She has two older siblings Katherine and Mary Swanson.

Keren has American nationality and white ethnicity. She has Scorpio as her birth sign.

Keren Swanson completed high school from her hometown, Griffin. She later graduated from the University of Central Florida with a degree in public relations and advertising.

How did Swanson start her Career?

Her videos are a mix of all sorts of family vlogs, festivals, gatherings, and daily lifestyle, some of them are “BABY’S FIRST LOVE,” “BABY’S FIRST TIME SWIMMING,” “A Wedding,” “Completing Redecorating Our Office!,” “First Family Road Trip! (Going To The Mountains),” etc.

Keren opened her channel in February 2016. She has now gathered over 452 thousand subscribers on her channel. Her vlogs mostly focused on her everyday life without her husband and babies. It is more of her personal favorites’ times, friendships, stores, fashion, routines, etc. Some of her videos are “HOW MUCH DO I MAKE ON YOUTUBE?!,” “My Tattoos And Their Meanings! More Tattoos?!,” “Asking My Friends To Be My Bridesmaids (EMOTIONAL),” etc.

Keren Swanson met YouTuber, Khoa Nguyen when she was in high school. They started dating and began living together. They were engaged in 2017 and tied their knot in June 2019. Keren had a miscarriage during her first pregnancy.

Keren Swanson celebrated her 29th birthday in November 2021. She is a beautiful woman and a proud mother of three. She takes great care of her body and performs yoga to remain healthy. She also invests huge money in her skincare and clothes.

Keren stands 5 feet 3 inches tall and weighs 56 kg. She possesses a curvy body build and has blonde hair and hazel eyes. She has a straight sexual orientation.

Keren Swanson has an estimated net worth of over $1.5 million as of 2021. Her annual salary from YouTube is estimated to be over $100 and with her combined YouTube channel, she is making fortune. Keren has also endorsed several brands through her Instagram account. She has also made partnerships with Visible Mobile, HM, Saranoni Blanket, Aeri, etc. Keren is leading a successful life with her husband and children.