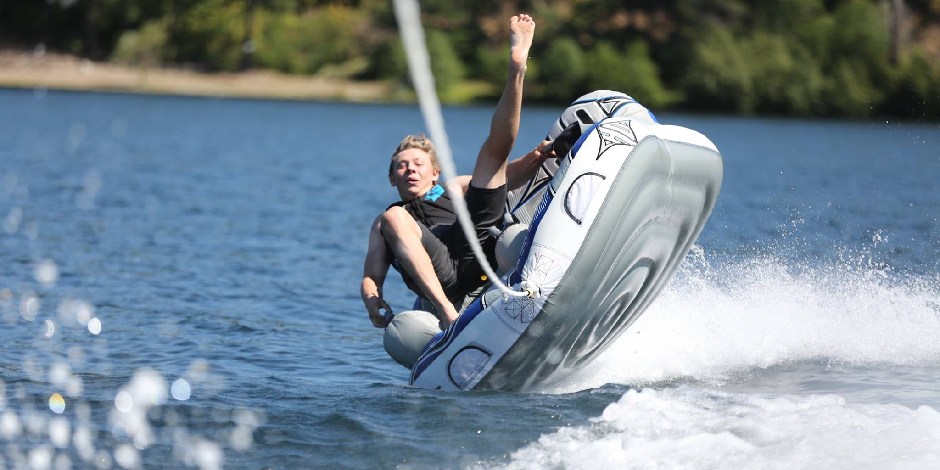 Malcolm Van Halen is the youngest son of American musician Alex Van Halen. Alex is also the co-founder of the rock band Van Halen. Malcolm is also the nephew of the late singer and lead guitarist of Van Halen, Eddie Van Halen.

Who is the Father of Malcolm?

Halen was born in August 1999 in California, United States. He is the son of Alexander Arthur Van Halen, popularly known as Alex Van Halen, and his third wife, Stine Schyberg. His mother is an art director and designer. Malcolm is very close with his elder half-brother, Aric Van Halen, from his father’s second wife, Kelly Carter.

Halen has American nationality and white ethnicity. In addition, he has Leo as his zodiac sign.

Malcolm graduated from Sierra Canyon School in 2018. Unfortunately, no information has been updated about his further educations yet.

Halen’s professional career is a mystery to us. He seems to be focusing on his car race right now, as we can see several pictures on his Facebook. But he is also the biggest fan of his father. He manages the Instagram account of the band, Van Halen. To this day, he hasn’t shown any sign of musical things neither his half-brother Aric. Seems like he has different interests than his father.

Malcolm has been in a relationship with a beautiful girl named Shelby Marin LeDoux since 23rd December 2020. However, there are no records of his past relationships yet.

Talking about Malcolm’s family life, he is very close with his parents and his half-brother, Aric Van Halen. During Malcolm’s 17th birthday, Aric posted a picture of him with a message,

“Happy 17th birthday to this lady killer right here! Congrats you can finally go see Rated-R movies! Now answer your phone so I can wish you a real.”

Malcolm enjoys race cars. He spends most of his time racing. We can see several pictures of him on the racing ground. On the other hand, his mother has found a new interest in horse riding.

Malcolm Van turned 22 years old in August 2021. He is a fine young man. There is no detailed information about his precise height and weight information. But Malcolm stands at the same height as his father, as seen in one of his pictures. He has blue eyes and blonde hair. Malcolm has a straight sexual orientation.

Malcolm is highly active on Facebook. He has over 400 friends on Facebook, where he goes by the name Malcolm VH. Malcolm also has an Instagram account, but he never shares his pictures. Instead, Malcolm has made the official page for his father’s band, Van Halen, with over 6.3 thousand followers. He has posted pictures of all the background images and close images of his father’s concert.

What is Halen’s Current Net Worth?

Being the youngest son of a multi-millionaire father, Malcolm has enjoyed his life to the fullest. He was born with a silver spoon. He is living in a massive mansion in California with his mother and father. Although Malcolm might not be the one to show off his luxurious life or spend his money on elegant clothes and jewelry, he has everything he wants. He also owns a personal race car, all thanks to his supportive father.