Skip to content
Home » Gossip » How did Mila Kunis convinced her Husband cancel his ticket for going into space? Ashton Kutcher Space Odyssey will be postponed for now.

How did Mila Kunis convinced her Husband cancel his ticket for going into space? Ashton Kutcher Space Odyssey will be postponed for now. 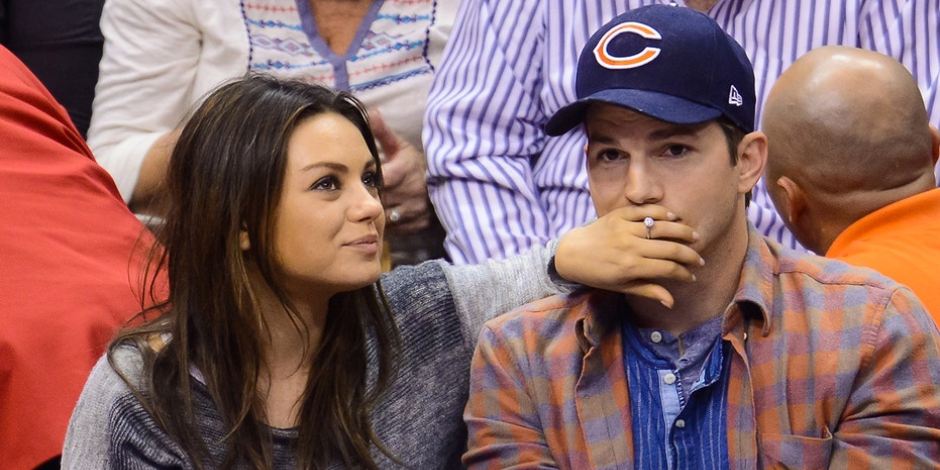 Ashton Kutcher, the actor known for his role as Michael Kelso in ‘That 70s Show, was set to travel to space on a Virgin Galactic flight if it wasn’t for his wife, Mila Kunis, who stopped to make him change his mind.

The 43-year-old actor had purchased a ticket to the first passenger flight of the Virgin Galactic Spaceship that takes people to space for a price starting from about $250,000 per passenger. After successfully testing the flight himself, on July 11, 2021, the company owner, Richard Branson, said, “it was a 20-year long dream finally turning into reality”.

The actor, who has already worked in multiple movies and is an established figure in Hollywood, was keen to test out the experience for himself, and he couldn’t resist booking a seat way before the test flight had taken off.

But Mila Kunis, Kutcher’s wife, made him re-think his space voyage, reasoning that he is now a family man and has responsibilities towards his children, and it might not be a wise decision to travel to space. In addition, she said that despite being a lucrative idea, it is not yet a hundred percent safe voyage to endeavor and that he should wait before committing to it.

“When I got married and gave birth to children, my wife basically explained that it was not a good family decision to go into space when we have small children.”, said Ashton. “So, I ended up returning my ticket again to Virgin Galactic. I was asked to be on the next flight, but I won’t be on the next flight.”

“The best part about my husband is he’s brilliant that he includes me in everything and makes sure I’m aware of everything that’s happening. He’s also brilliant at knowing, sometimes, you shouldn’t listen to your wife.”, said Kunis, on an episode of ‘The Late Show With Stephen Colbert.’ She said that she had given her husband sub-par investment advice several times, despite considering herself to have a good eye for quality consumer products.

The 37-year-old Black Swan actress actually thought it was a bad idea when Kutcher wanted to invest in Uber and Bitcoin.

“My father in real life is a cab driver — was a cab driver, he’s retired now — so I became mature on tips from a cab driver,” said Kunis. “So Ashton’s like, ‘There’s this company. It’s kind of like a cab company, but anybody can drive a cab.’ I was like, ‘That’s the worst idea ever. Why? What?’ “

“And he was like, ‘Let me get you this thing. It’s called Uber. Let me order it for you. You can test it out,'” she continued. “And I was like, ‘You’re going to put me in a cab with a fully unknown person? What is wrong with you?’ So I was furious at him.”

Check out updates on John Cena’s Latest Wife after his divorce.

The actress who worked alongside Kutcher in ‘That 70s show’ admitted that Kutcher does make sensible investment decisions, and she mostly understands once he explains pioneer technology to her, like Bitcoin.

Will Kutcher Fly to space or not?

Despite having given up his ticket for the next Virgin Galactic flight, Kutcher said it was his lifelong dream to travel to space, and one day he certainly, will do it. “My dream of seeing the galaxy is still very much alive. So at some point, I’m going to space.” Kutcher said in an interview with Cheddar News.

Kunis said that she was glad the couple always discussed before making any financial or life decisions and maintain the transparency that has helped them keep their relationship as young as ever, despite them getting into their 40s.

Check out Updates on Ross Naess Marriage and his life after mariage.

How did the couple meet?

Ashton Kutcher and Mila Kunis met on “That ’70s Show” but were involved in different relationships at the time. They didn’t start dating each other until their relationship rekindled in 2012, and the couple soon decided to get married in July 2015. They now have two children, Wyatt, 6, and Dimitri, 4.

Ashton Kutcher is an actor known for his roles in FOX sitcom That 70s Show,  Annie, No Strings Attached, Jobs (Steve Jobs Biopic), and many more.

Mila Kunis is revered for her role as Jackie in FOX sitcom That 70s show, Ted, Friends with Benefits, and her most critically acclaimed movie, Black Swan.