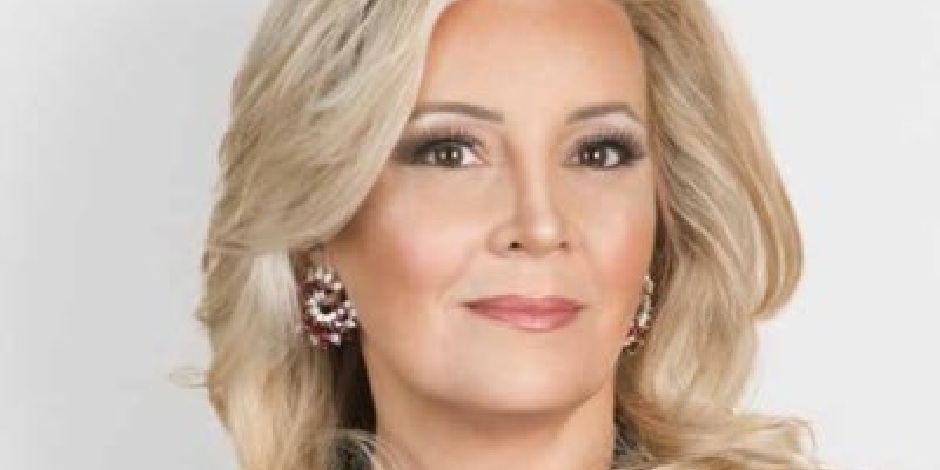 Nicole Taffer is a reality television personality known for her appearance in the tv series Bar Rescue.

However, she is best known for being the wife of American entrepreneur and television personality Jonathan Peter Taffer, popularly known as Jon Taffer.

Nicole Taffer was born on 16th February 1973 in Ingleside, Illinois, USA. She was raised in Ingleside along with her sister by her parents. Further information about her family and childhood has been kept secret from public knowledge.

Taffer has an American nationality, and she belongs to white ethnicity. She was born with the birth sign Aquarius.

Nicole Taffer has kept her educational background secret from the public.

How did Taffer start her Career?

Nicole Taffer gained her attention after her marriage to well-known American tv personality and entrepreneur Jon Taffer. She further caught media attention after appearing in the television series “Bar Rescue” as Market Recon Specialist alongside her husband, the star of the television. Jon Taffer also hosts the reality series, and he is the executive producer himself.

Nicole’s husband has opened a bar called Taffers Mix and Taffer’s Tavern restaurant. His restaurant is planning to expand its branch to D.C. and Boston from Alpharetta as of 2021. Her husband is also an author who published Raise the Bar: An Action-Based Method for Maximum Customer Reactions in 2013.

Nicole Taffer and her husband, Jon Taffer is also a philanthropist who has done several charity works. Nicole is currently working for the organization called Keep Memory Alive. She helps raise and collect funds for the organization, and the funds go to Cleveland Clinic Lou Ruvo Center. In 2019, Las Vegas Now news honored Nicole and several women for their philanthropic work.

Who is Nicole married to?

Nicole Taffer is the second wife of Jon Taffer. The couple tied their knot on 4th April 2000, and the couple has been leading a romantic life for 21 years now. She doesn’t have any children yet, but her husband had a daughter named Samantha Taffer from his previous marriage. Samantha got married in 2015, and she is living with her own family. Her daughter gave birth to a son named Rhett Hanley on May 21, 2020.

There has been no background information about couples’ love stories before their marriage, but we can tell that Nicole and Jon have been living an amazing life supporting each other. Their social media is filled with their message for each other and praising and promoting their work.

Nicole Taffer is currently living in Las Vegas, Nevada, with her husband and two pet dogs.

Nicole Taffer turned 48 years old in February 2021. She celebrates her birthday every year in February. She is a beautiful woman with blonde hair and brown eyes. She possesses an average body build, while her exact height and weight have still been a mystery to us.

What is Nicole’s Current Net Worth?

Nicole Taffer has an estimated net worth ranging from $1-5 million as of 2021. At the same time, her husband has a net worth of $14 million. The couple has been living an extremely successful life. The couple owns a big house in Las Vegas, and they have their personal bar inside their house. Nicole is living a luxurious lifestyle with her millionaire husband.