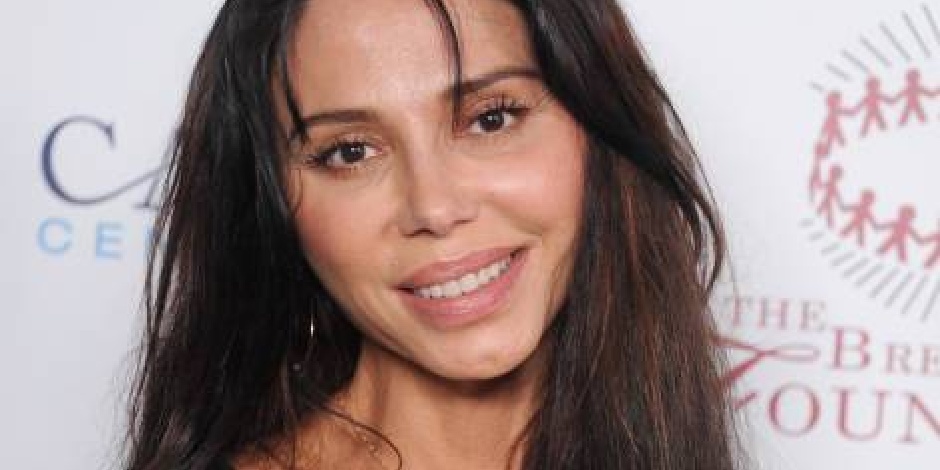 Oksana Grigorieva is a famous Russian-born singer-songwriter and pianist. She is also known as an ex-partner of Mel Gibson.

Where was Oksana born and raised?

Oksana Grigorieva, whose real name is Oksana Petrovna Grigorieva, was born on 23 February 1970 in Saransk, Mordovian, ASSR, Russian SFSR, the Soviet Union as a daughter of a father, Petr Chernukha, and a mother, Ludmila Grigorieva-Chernukha. She has a sister whose name is Natalie Chernukha.

Currently, she is at the age of 51, and her zodiac sign is Pisces, as she was born on 23 February. Oksana Grigorieva holds Russian nationality, and as per her ethnic background, she belongs to the Russian ethnicity.

Oksana Grigorieva spent her childhood happily with her family and grew up beautifully in a good environment. Her father and mother both used to be music professors. Earlier, she was raised in Ukraine and Russia, whereas when she at 15, she went to Moscow.

After moving there, she joined the university, where she became able to learn piano. She also expressed her feeling about learning piano, where she stated that it was very unusual for students as they had to play piano for ten hours.

Later, she continued her study after she went to London, where she also taught music to others. Further, she attended the Royal College of Music, where she did her study in music. Besides this, Oksana also worked as a model after being spotted by the photographer named Patrick Anson, 5th Earl of Lichfield.

Oksana Grigorieva has established herself as a Russian singer-songwriter and pianist. Her hard work and dedication towards her music career made her gain success in her career. Besides this, she also grabbed people’s attention for being the ex-partner of the famous American actor Mel Gibson.

What is the current relationship status of Grigorieva?

Oksana Grigorieva was previously married to Russian lawyer Igor Baranov in 1989, but they only lived together for three months. After that, she met Nicholas Rowland, an artist, where the couple married in 1992 after falling for each other.

Later, she met an actor named Timothy Dalton in 1995, who is an actor and the couple lived in a romantic relationship. When they met for the first time, Oksana was working as a translator for filmmaker Nikita Mikhalkov.

Similarly, their intimate relationship made them give birth to their son in 1997, whose name is Alexander. Unfortunately, the couple decided to break their relationship in 2003 and started living their own life.

After failed relationship and marriage, she met an American actor, film director, producer, and screenwriter Mel Gibson. After that, they started living in a romantic relationship with each other. They also gave birth to their daughter named Lucia, on 30 October 2009.

But her relationship with Mel also broke as they separated in April 2010. Currently, she is living a single life enjoying with children.

To talk about Oksana Grigorieva’s physical statistics, she has a height of 5 feet 7 inches (172 cm/1.72 m) and a weight of 62 kg or 158.73 lbs. She has a fit body and a beautiful face with a mesmerizing smile. Similarly, she is a stunning girl who has an attractive personality.

Grigorieva is active on Instagram with the tag name (“@oksanasmusic”), where she has 416K followers and posted 685 posts. In addition, she has posted many pictures and videos on her Instagram account where she looks so gorgeous.

Oksana is active on Twitter with the tag name (“@oksanasmusic”), where she has 350 followers and tweets 493 times. She also opened her Facebook account named “Oksana Grigorieva,” where she has 2.5K followers.

A beautiful, active and talented Oksana Grigorieva is a singer-songwriter and pianist. She is also known as an ex-partner of Mel Gibson. Currently, she is living a standard and cheerful life, enjoying an estimated net worth of $3 million.