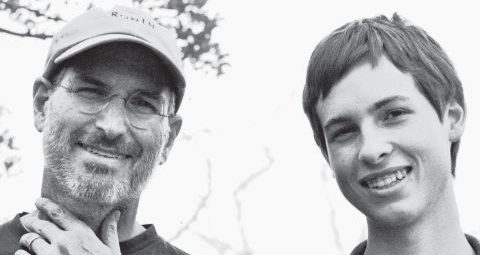 Reed Paul Jobs is the oldest son of co-founder and CEO of Apple, Steven Paul Jobs, popularly known as Steve Jobs. Everyone knows the anime Steve Jobs, and the popularity of Apple products has taken a toll over the world. Being the only son of the founder and one of the biggest business magnates, inventors and entrepreneurs sure attract public attention. We uncover detailed information about Steve Jobs’s only son, Reed Jobs.

Reed Paul Jobs was born on 22nd September 1991 in California, United States. He is the son of Steve Jobs and Lauren Powell Jobs. His mother is also a billionaire businesswoman and executive. He was raised in a wealthy environment alongside his two younger sisters, Erin Siena Jobs and Eve Jobs. Reed also has one half-sister from his father’s previous relationship with American painter and memoirist Chrisann Brennan. His half-sister, Lisa Brennan-Jobs, is an American writer.

Reed has American nationality, and mixed ethnicity as his father has Arabic, Syrian, Swiss, and German ancestry while English ancestry is from his mother’s side. He is the only son of Lauren Powell Jobs and Steve Jobs.

How did Reed Paul Jobs receive his name?

Reed has been named after the college Reed College that his father attended. And his middle name, “Paul,” was named to honor his father, Steve Job’s adopted father, Paul Reinhold Jobs.

Reed is 30 years old, and he will celebrate his 31st birthday in September 2022. He is a fine-grown man who has chosen a different path for himself. There aren’t many pictures of him on social media platforms, but we can see that he maintains a low profile and simple look.

Reed Paul Jobs has been fascinated with learning about cancer and its cure since high school. Although the name of his high school isn’t disclosed yet, we can say that he successfully graduated from his high school and joined the prestigious university, Stanford University, which is the same university that his parents attended. Reed graduated with a Master’s degree in Arts in 2015.

Who is Reed Paul Jobs’s girlfriend?

Reed has kept his personal life shut from the public. He isn’t married yet, nor is there any history of his relationship. However, Reed seems busy with his research, and hopefully, we will be able to witness his marriage.

Unfortunately, Reed Paul Jobs isn’t present on any social media platforms. Despite being a son of a well-known entrepreneur and catching all the attention, he prefers to stay away from the spotlight. As a result, he is barely seen on the public platform and chooses to keep himself away from any unnecessary attention.

Likewise, his younger sister, Erin, is also a private person. But we can find his sister, Eve, on Instagram with over 273 thousand followers.

What does Reed Paul Jobs do?

“We won’t ever have a cure for cancer. But the problem with cancer, to me, is that it kills you. So I define success as diminishing the morality of cancer.”

Reed Paul Jobs’s net worth is a mystery to us. His father, Steve Jobs, a billionaire, never left any shares for his children. Moreover, neither his mother agrees with the fact that their children should inherit their parent’s wealth.

Despite everything, Reed has been living a decent life and making a good earning as a cancer researcher in his mother’s company. His mother, as we all know, is also a billionaire.