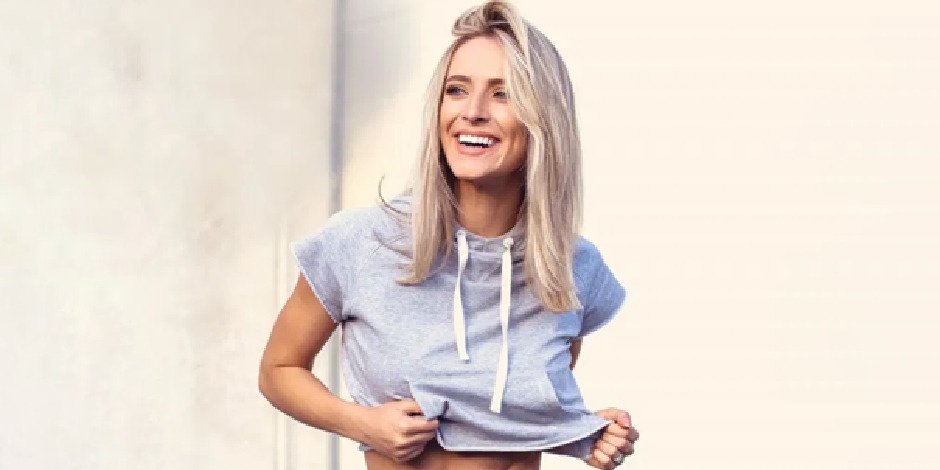 Sarati is an American television actress, model, and social media personality known for her appearance in the fitness program, Bare Fitness, and in the comedy game show, Deal or No Deal.

Where was Sarati born and raised?

She was born on 17th November 1995 as Sarah Ashley Callahan but popularly known as Sarati. She has American nationality as she was born in College Station, Texas where she spent 15 years of age. She belongs to white ethnicity. She then moved to Los Angeles, California. She hasn’t disclosed any information about her parents or siblings yet. She was born under the star sign, Scorpio.

She hasn’t mentioned anything about her educational background yet. Since she spent 15 years of her early years in Texas, she was probably educated in her hometown. After moving to Los Angeles, she started her professional career.

How did Sarati start her Career?

She started her career as an actress. She appeared in several small videos like The Mechanic, Seasoning, and Hunter before landing smaller roles in the tv series like Small Shots, Stitchers, Lethal Weapon with stars like Costas Mandylor, Scarlett Fernandez. She has further appeared in the series All Wrong, Tacoma Fd, and in the film, Killer Camera Monsters in 2020.

She is best known for her appearance in the series, Bare Fitness as a host in 2018 and the series, Deal or No Deal as a briefcase model. Despite her several television appearances, she could not receive much success in the film industry. She later opened up her own YouTube channel and her Tik Tok videos gained her more attention.

Her videos on Tik Tok have gained millions of likes. One of the videos of long-lost twins is popular on Tik Tok. Her recent YouTube channel which she opened has gained over 16.5 thousand subscribers. She posts videos of her workout routine, travel, and her time with her husband on her YouTube channel.

Who is Sarati married to?

Sarati is a married woman. She is committed to Jesse Callahan who owns his own company called Montford Agency. The couple tied their knot in 2019 with 155 guests. They don’t have any kids yet and currently reside in Los Angeles, California with their pet dog.

She was once rumored to have dated Eminem after her appearance in his music video back in 2018.

She is known for her slender and ripped physical appearances as well as abs. She has thick eyebrows and beautiful blue eyes. She has blonde hair.

This actress is a health freak and attends the gym regularly. She drinks her Calcium drink in the morning with oatmeal with a spoonful of brown sugar. She then hits the gym. Her gym workout follows:

She prefers to take gluten and dairy-free foods as part of her regular diet. Her food consists of green vegetables or that are low calorie. She has also posted several videos on YouTube channels about her diet and workout routine. One of the videos she recently posts is ‘What I Eat In A Day!!’ on YouTube.

As of 2021, She has a net worth of 1 million which she made mostly from her social media popularity and brand endorsements. She has also appeared in a commercial for Geico and has endorsed the energy drink, CELSIUS. She owns her own house in Los Angeles so we can see that she is living a luxurious lifestyle and making a good fortune from her career.