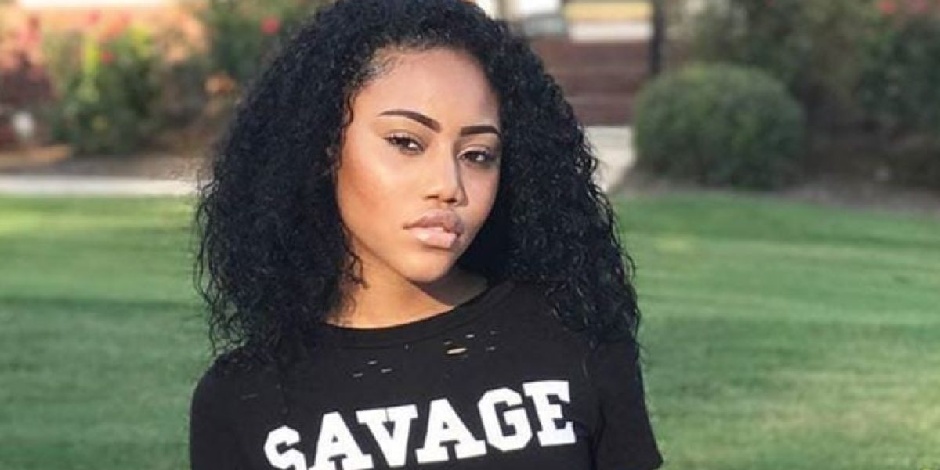 Supa Peach is an American rapper and social media personality who first gained attention after her appearance in the reality tv series “The Rap Game” as a competitive rapper in 2016.

Where was Supa born and raised?

Supa was born on 7th March 2003 in the British Virgin Islands. She was born to Josetta, while her father’s name and her siblings’ name are yet disclosed. She has an older sister who has the nickname Precious Peach. Her family moved to Puerto Rico and stayed for a short while. The family again moved to Atlanta, Georgia, United States, and has lived there since then. Her real name is Supa Peach.

Peach grew up with her 4 siblings, of which 3 of them are brothers who go by the name NyNy, Yada, and Wildinoutcal Peach on Instagram, and her younger sister, Mini Queen. Her father is a businessman and professor and goes by the name QMBankroll on Instagram. Peach has American nationality with the Caribbean and Hispanic ethnicity.

Peach graduated her high school in 2018. For her primary education, she was homeschooled. As for her university, she hasn’t disclosed anything. She is rather working on her professional career.

How did Peach start her Career?

Supa Peach grew up hearing the songs of Tupac. She has always been obsessed with singing, rapping, and dancing. She started singing at the age of 7, and at the age of 9, she had gained millions of views with her video. At the age of 14, she participated in the reality tv competition, The Rap Game. She impressed the judge with her performance, and her performances had the audiences stand on their feet.

There has been no past information about Supa Peach’s past relationships, and neither has she opened about her love life yet. She is rather working and enjoying her teen life. She is rather a hyperactive person. She is into dolling herself up as well as indulging herself in all sorts of sports. She enjoys playing soccer, boxing as well as dirt bikes which she poses on Instagram sometimes.

During an interview with The Hype Magazine, Peach said, “Sometimes my family has to stay on top of me to make sure I don’t do nothing too crazy where I break a bone or mess up my face because I am a brand……. I would say that I like fashion and being pretty, but I like to live on the edge too.”

Supa Peach receives inspiration from singers like Chris Brown, 2-Pac, Drake, Nicki Minaj, Meek Mill, and several others. They are always on her playlist to give her different vibes and emotions.

Supa Peach turned 18 years old in March 2003. She is 5 feet 3 inches tall and weighs 55 kg or 121lbs. She possesses a slim body build and has measurements of 34-26-35 inches. She has black hair and eyes, and she always flaunts her colorful wigs.

Check out the latest updates on Son of Rapper Offset, Kody Cephus

Supa Peach has been living a luxurious lifestyle as she has an estimated net worth of $0.1 million. She makes her earnings from sponsorship, YouTube channel, records, her own make-up store, and dirt-bike store. We can see her all dolled up in luxurious brands like Channel, Gucci, Dior, and many more.