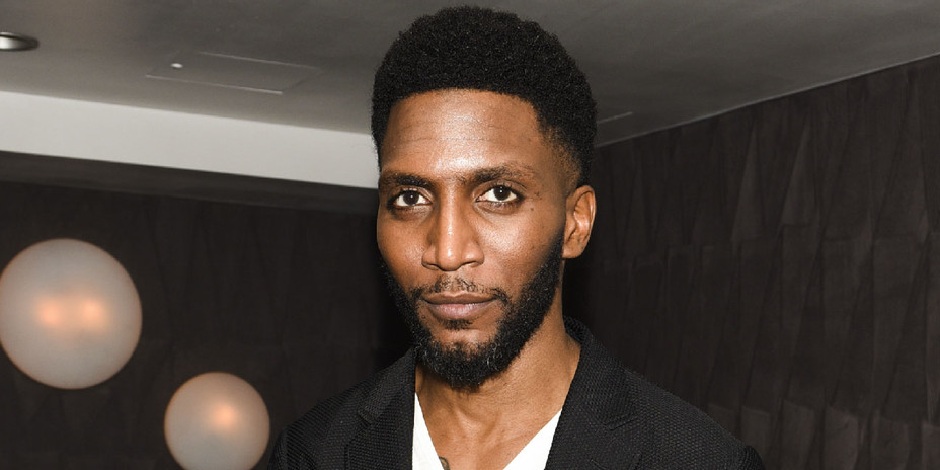 Yusuf Gatewood is a well-known American actor who is popularly known for his roles in the series “The Originals” alongside John Cena and  Baron Vaughn and the movie “The Interpreter”. He has been working actively on his career since the year 2000.

Where was Yusuf born and Raised?

Yusuf Gatewood was born on 12 September 1982 in Hillsborough, North Carolina as a son of Dr. Joseph Donnell Gatewood. He has not mentioned his family as he used to keep his personal life private so there is no information about his family and relatives. Currently, he is 38 years old and his zodiac sign is Virgo.

Gatewood holds both American and Canadian nationality and belongs to the Muslim religion.

Where did Gatewood go to School?

Earlier, Yusuf Gatewood attended Durham Academy Middle School for his education, and later, he was also seen attending Carnegie Mellon University School of Drama: Home to focus on his acting career. Furthermore, there is no information about his early life as he had not stated about it.

How did Yusuf Gatewood Start his Career?

Yusuf Gatewood started his film career after he had been cast as Howard on a novel movie “Wonder Boys” in 2000. He started his television career after he had been cast as Truby on an episode “Forgive, But Don’t Forget” in 2003 of the movie “Hack” which was created and written by David Koepp. In the movie, other cast members were David Morse, Andre Braugher, Matthew Borish, George Dzundza, Donna Murphy Matt Czuchry, and many more.

In the year 2005, he was seen appearing as Doug in a political thriller movie “The Interpreter which was directed by Sydney Pollack and screenplay by Charles Randolph, Scott Frank, and Steven Zaillian. The movie was produced by Tim Bevan, Eric Fellner, and Kevin Misher.

After the release of the movie, it earned $162.9 million success on the box office where the budget of the movie was $80 million. His role in this movie received lots of positive responses and he has earned much attention.

Later, in the year of 2016, he was seen playing the role of Derek in an American comedy movie “Barbershop: The Next Cut” which was directed by Malcolm D. Lee, and the movie was written by Kenya Barris and Tracy Oliver. This movie was produced by Ice Cube, Robert Teitel, and George Tillman Jr. and the other cast members were, Ice Cube, Cedric the Entertainer, Regina Hall, Anthony Anderson, Eve, J.B. Smoove, Lamorne Morris, Nicki Minaj, Tyga Deon Cole, and Common. Later, the movie had earned $55 million on the box office where their budget is $20 million.

Further, in the year 2006, he was seen appearing in the role of DJ on an episode “Built to Kill: Part 1” of an American procedural forensics crime drama television series “CSI: Crime Scene Investigation” which was created by Anthony E. Zuiker.

Later, in 2008, he was cast on an American family drama television series “Lincoln Heights” which was created by Seth Freeman, and the movie was produced by Dayna Lynne North, Kevin inch, Anthony Sparks, and John F. Perry. In the same year, she was also seen appearing as Ed in a television movie “Mask of the Ninja”.

From the year 2014 to 2018, he was seen appearing into the role of Guest on season 1 and as the main cast on season 2 to 5 as Vincent Griffith and Finn Mikaelson of an American fantasy supernatural drama television series “The Originals” from which he became able to earned more fame and popularly.

After that, in 2019, he was seen playing the role of Famine on a series “Good Omens” which was created by Neil Gaiman. The series was directed by Douglas MacKinnon and was written by Neil Gaiman. In the year 2020, he was cast into the main role as Raymond Chestnut on an American superhero streaming television series “The Umbrella Academy” which was created by Steve Blackman and was developed by Jeremy Slater.

Yusuf Gatewood has not mentioned his relationship as he used to keep her personal life private. There is also a rumor that he is gay but later, it was known that he is not gay.

Yusuf Gatewood is a renowned and talented actor who has been seen appearing in several movies and series, has an estimated net worth of $1 million to $5 million.