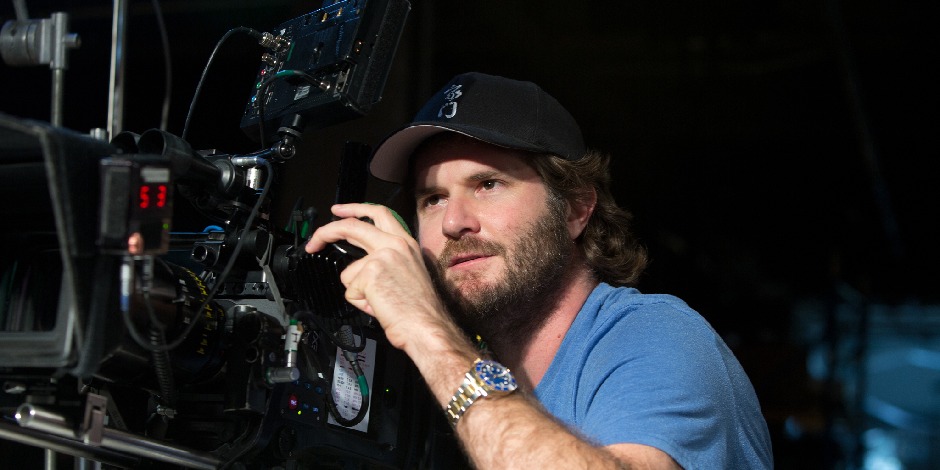 Why Is Jonathan Liebesman Popular?

Jonathan Liebesman is a well-known South African film director and writer who has been seen working actively on his career since the year 2000.

Where was Liebesman born and raised?

Jonathan was born on 15 September 1976 and as he used to keep his personal life private, he had mentioned his family so, there is no information about his family. He is a cousin of Dean Israelite who is also a director. Currently, he is 44 years old and his zodiac sign is Virgo. Liebesman holds South African nationality and he is Jewish.

Where did Jonathan go to School?

Earlier, he went to attend AFDA where he had studied filmmaking. After that, he went to the South African School of Motion Picture Medium and Live Performance. Further, he was seen appearing at NYU’s Tisch School of the Arts.

In the year 2000, the movie had also won an award in the category of “best short” which was received at the Austin Film Festival. In addition, he was also seen receiving the “Hollywood Young Filmmaker Award” where he had received the award at the Hollywood Film Festival in the year 2000.

Liebesman seems to be single as he has not stated about his love life and there also no rumor about dating with anyone. He used to keep his personal life private so he is single for now.

How did Jonathan Liebesman start his Career?

Jonathan Liebesman started his directorial career with his debut feature movie “Darkness Fall” in 2000 which is a supernatural horror movie that was written by the known writer Joe Harris and John Fasano. The movie was produced by John Fasano, William Sherak, and Jason Shuman where we can see Chaney Kley and Emma Caulfield as the main cast. The movie was distributed by Sony Pictures Releasing and it was released on 24 January 2003.

It has earned $47.5 million on the box office where the movie was made with a budget of only $11 million which is a great achievement in the movie sector. In addition, the movie received the nomination for the Best Horror/Thriller at the Teen Choice Awards in the year of 2003. The cast member Emma Caulfield had also seen winning a Face of the future from the Academy of Science Fiction, Fantasy, and Horror Films in the same year.

After the success of the movie “Rings”, Jonathan Liebesman was seen directing an American slasher movie “The Texas Chainsaw Massacre: The Beginning” which was produced by Michael Bay, Mike Fleiss, Tobe Hooper, Kim Henkel, Andrew Form, and Brad Fuller.

The cast members of the movie were Jordan Brewster, Taylor Handley, Diora Baird, Matt Bomer, Lee Tergesen, and Steve Jablonsky. Later, the movie was released on 6 October 2006 and became able to earn $51.8 million on the box office where the budget that is required to make the movie was $16 million. This is known as a huge success in the film sector.

Further, in 2009, he was seen directing a psychological thriller movie “The Killing Room” alongside Ed Gein and Sam Waterston which was produced by Guymo Casady, Ross M. Dinerstein, Bobby Schwartz, and Ben Forkner. The movie was written by Gus Krieger and Ann Peacock and the cast members were Chloe Sevigny, Nick Cannon, Timothy Hutton, Clea DuVall, Shea Whigham, and Peter Stormare. Later, the movie was released on 16 January 2009.

Likewise, in 2011, Jonathan Liebesman was seen directing an American military science-fiction apocalyptic action movie “Battle: Los Angeles” where the movie was produced by Ori Marmur and Neal H. Moritz and was written as Chris Bertolini. The cast members of the movie were Aaron Eckhart, Michelle Rodriguez, Ramon Rodriguez, Bridget Moynaham, Ne-Yo, and Michael Pena. Later, the movie was released in 2011 and had earned 211.8 million on the box office where the budget of the movie was $70-100 million which is known as the greatest achievement in the movie sector.

In 2012, he was seen directing an action fantasy film “Wrath of the Titans” which was released in 2012 and became able to earned 302 million on the box office where the budget of the movie was $150 million. After having many successes in his directorial career, he was also seen directing an American superhero movie “Teenage Mutant Ninja Turtle” alongside Baron Vaughn which was released in 2014 and had got huge success on the box office by earning $493.3 million where the budget was $125-150 million.

Later, Jonathan Liebesman was seen directing an American fantasy drama television series “The Shannara Chronicles” which was created by Alfred Gough and Miles Millar. In 2020, he was also seen working as an uncreated director of an American adventure movie “Dolittle”.

After that, in the year 2003, he had co-written an American horror short movie “Rings” with the partnership with Ehren Kruger where Jonathan Liebesman was also seen directing the movie and the movie was produced by Jeanette Manor. The cast members of the movie were Ryan Merriman, Emily VanCamp Kelly Stables Alexandra Breckenridge Josh Wise, and Justin Allen. On 8 March 2005, the movie was released and became had earned much attention from people and it received many positive feedbacks.

What is the Current Net Worth of Jonathan?

Jonathan Liebesman is a popular and talented director, who has been seen directing several movies which had earned huge success on the box office, has an estimated net worth of $1 million – $5 million.