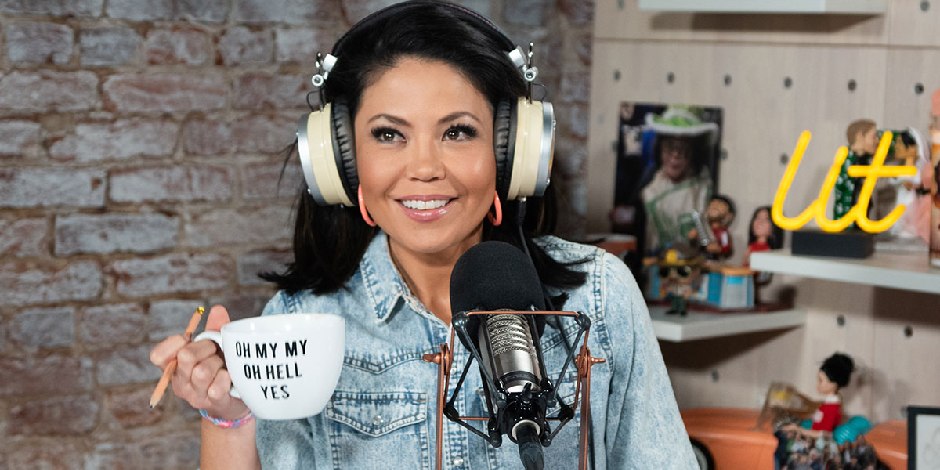 Where was Angie born and raised?

Angie Goff was born in Seoul, South Korea, on 17 March 1980 to a father, Ren Goff and a mother, Chin Goff. She also has two sisters, and they are Tricia and Jenny. Currently, she is at the age of 41, and her zodiac sign is Pisces, as she was born on 17 March.

Angie holds American nationality, and as per her ethnic background, she belongs to the ethnicity of South Korean-American.

Where did Angie go to College?

Angie Goff spent her childhood happily with her family in Seoul, South Korea and grew up beautifully along with her sisters. For her education, she joined Seoul American High school for her freshman and sophomore years. At that time, she also played guard on the basketball team.

For her further study, she attended Herndon High School after she moved to Herndon, Virginia, in 1995. After that, she became able to complete her graduation from high school, where she also became the senior class president.

Who is Goff married to?

Angie Goff is a married woman as he married her husband, Dr Robert Ellis, in April 2008. Her husband is a South Carolina pediatric dentist. The couple gave birth to their first child Adora Kate on 2 December 2010, second child Robert IV on 31 May 2013 and third child, Wren, on 5 November 2017. Currently, she is living a happy and cheerful life with her husband and children.

To talk about Angie Goff’s physical statistics, she has a beautiful face with black hair and brown eyes. But further information about her physical statistics like height, weight, body measurements, and more still has a question mark.

Angie is active on several social media platforms like:

Goff is active on Instagram with the tag name (“@ohmygoff”) where she has 41.4K followers and posted over five thousand posts. In addition, she has posted many beautiful pictures with her family and friends on her Instagram account, which many people liked and shared.

Angie is also active on Twitter with the tag name (“@OhMyGOFF”), where she has 58.3K followers and tweets 101.3K times. She also created her Facebook account named “Angie Goff”, where she has 301K followers. On her Facebook, she has posted many photos and videos with her family and friends.

Angie
also created her YouTube channel named “ohmygoff”, where she has 3.11K subscribers. She joined on YouTube on 5 June 2008 and started posting many videos with her family and friends with fun content where the total views on her video reached 1,141,528.

Angie Goff established herself as an American broadcast journalist who worked for many companies. She started her professional career as a television reporter for Public-access television cable TV station Torrance CitiCable.

Further, she also worked as an assistant to Entertainment Tonight and then she also worked as a reporter for KMEG-TV, WIS-TV, WUSA, WVRX, WRC-TV and more. Currently, she is working at WTTG located in Washington, D.C. Besides this, she is also a blogger as she wrote the blog “OhMyGoff”.

A beautiful, active and talented Angie Goff is a well-known American broadcast journalist working at WTTG. Further, she also worked as a reporter on various networks, including KMEG-TV, WIS-TV, WUSA and more. Currently, she is living her standard life with an estimated net worth of $900,000.