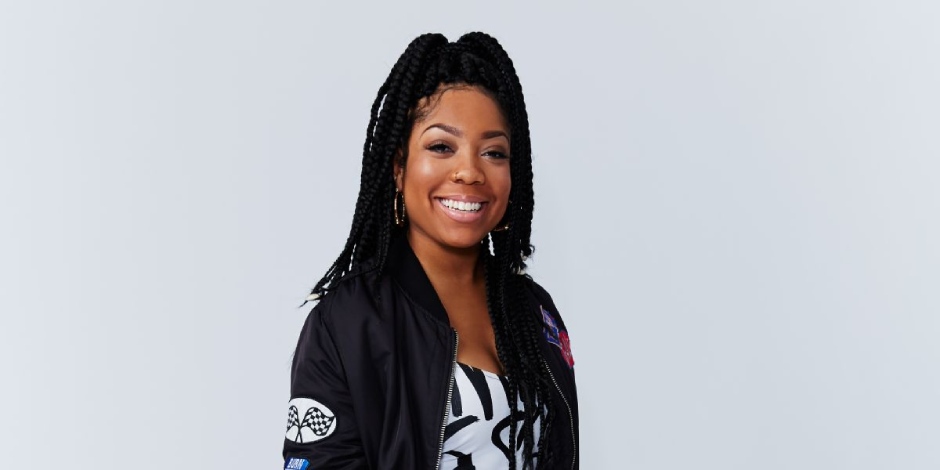 Chanelle Haynes is an American celebrity child well-known for being the daughter of American singer-songwriter and rapper Cornell Iral Haynes Jr., popularly known by Nelly.

Following the footsteps of her father, Haynes has also shown her interest in singing and dancing.

Where was Chanelle born and raised?

Haynes was born on 27th February 1994, United States. Her father, Cornell Iral Haynes Jr., whom the world knows as Nelly, is a well-known singer and rapper. We don’t know yet about her biological mother, but Nelly is currently married to Shantel Jackson, her stepmother. She also has a brother named Cornell Haynes III.

Born and raised in the United States, Haynes has American nationality and African-American ethnicity. Haynes is also close with her two cousins Sydney and Shawn.

Chanelle completed high school in her hometown. She later majored in Business from Columbia College in Chicago.

How did Haynes start her Career?

Chanelle started her career as a rapper in her father’s reality show called Nellyville. Although, Haynes made their first appearance in the front with her cousins and brother in the show. Since then, she has been known to the world. Following the path of her father, Nelly, he supported her father in the front. As a result, she released her first song, “Who Am I,” in February 2017.

Chanelle has over 2 thousand subscribers on her YouTube channel, which goes by my valentine. In 2020, she released another song, “MF VISUAL.” She has also opened her cosmetic shop called The Pretty Playhouse in Clayton. Her business is running quite well.

Haynes has the closest relationship with her father, Nelly. Her strong bond with her father is what makes their relationship more special. Nelly never forgets to wish his daughter on her birthday. Recently on Haynes’s 27th birthday, Nelly wished her a lovely message.

Nelly calls Chanelle Haynes as Nana with love. In 2020, he posted the sweetest message for her, which says, “You being so special to me.. sometimes I forget that you have to be you to protect you and try and fix any problem….eventhough you are a strong, beautiful young woman all I see is a snaggletooth five-year-old that can make me laugh on any dark day..!! You are truly my sunshine, my firstborn daddy’s girl….!!! I love Nana. Happy Birthday…!!!”

Regarding Haynes’s love life, she went through a significant heartbreak after the death of her lover, whom she planned to tie her knot to. Her boyfriend, Mario, was shot right in front of her, and there couldn’t be anything worse than that. She is currently single.

Haynes turned 27 years old in February 2021. She is a young and independent woman.  She possesses a slim body build and has a height of 5 feet 2 inches, weighing 70 kg. Haynes also enjoys wearing makeup and straighten her hair. Looking at some of her photos on social media, we know that she also hits the gym to maintain her look. Haynes has black afro hair and black eyes, just like her father.

Chanelle is active on Instagram, which she has kept private. However, she has gained over 114 thousand followers, and she goes by the name @_msvalentine.

As of 2021, Chanelle has an estimated net worth of $5 million. Being the daughter of famous rapper Nelly, she is living a luxurious life. Her father also has a net worth of $40 million as of 2021. Having a multi-millionaire and supporting father at her back, she is living the dream life.