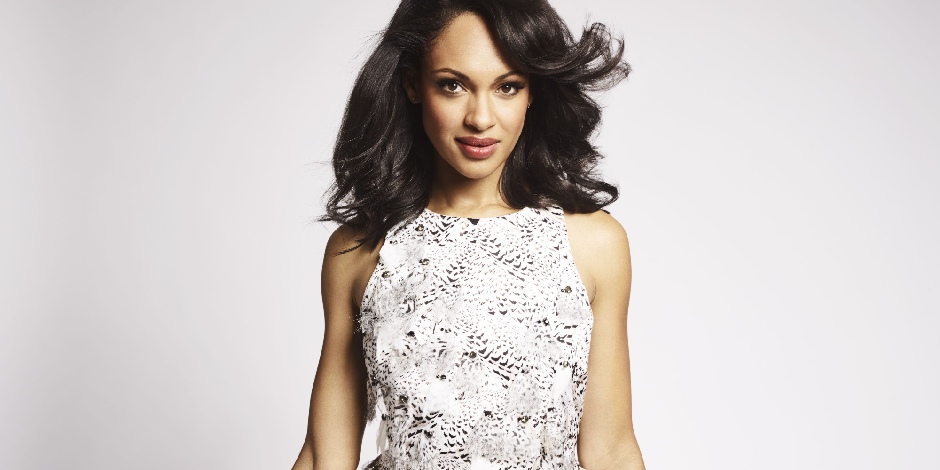 Cynthia Addai-Robinson is an English-born American actress who is popularly known for her roles in the series “Spartacus” alongside Alfred Molina and “Power”. Cynthia has been seen working actively in her acting career since the year 2002 and getting more success.

Where was Cynthia born and raised?

Cynthia Addai-Robinson was born on 12 January 1985 in London, the United Kingdom in a well family. Currently, she is 41 years old and her zodiac sign is Capricorn.

Cynthia holds both American and British nationality and belongs to the mixed ethnicity of English and Ghanaian.

Earlier, when she was just four years old, she moved to Washington with her mother after her parents had divorced. She is secretive about her father and mother so that there is a question mark about their names. Cynthia was raised by her single mother so that she is very closed to her mother.

Where did Addai-Robinson go to School?

Cynthia Addai-Robinson went to Montgomery Blair High School for her school-level study and completed her graduation in 1998. For her further study, she joined at Tisch School of the Arts where she became graduated with a Bachelor of Fine Arts in Theater.

Likewise, she also went to be trained at Lee Strasberg Theater Institute and also seen learning dancing forms like ballet, jazz, and tap. Later, she also had some special forces-style training by Navy SEALs as well as by New Zealand Special Air Service.

How did Addai-Robinson start her Career?

Cynthia Addai-Robinson started her acting career after she had been cast as Milena in the movie “Mississippi Damned” in 2009. After that, in 2011, she was seen appearing in the movies like “Colombiana” alongside Zoe Saldana, “Closure” and more.

Cynthia started her television career after she had been cast as Susan in the television series “The education of Max Bickford” in 2002. In 2007, she got the roles in the series “Entourage” alongside Jordan Belfi, Shanna Moakler and then, in the same year, she was seen in the movie “Life”.

From the year 2012 to 2013, she was cast into the role of Naevia in the American television series “Spartacus”. She gave her best performance in “Spartacus” as Naevia so that she is popularly known for playing role in this movie. Her performance was praised by everyone and received many positive and favorable responses.

Further, she came back with her best performance as Ramona Garrity in the American crime drama television series “Power” which was created and produced by Courtney A. Kemp. She earned more attention from people after playing the movie “Power” roles.

Who is Cynthia married to?

Cynthia Addai-Robinson is a married woman who married her husband, Thomas Hefferon, an Irish filmmaker and a music video director. Their marriage date has been kept secret as they like to keep their things private. Currently, they are living their happy married life together.

To talk about Cynthia Addai-Robinson’s physical statistics, she has a height of 5 feet 6 inches (1.68 m) and a weight of 55 kg or 121lbs. Besides this, her body measurement is 34-24-35 inches with a slim body. Likewise, she has got a beautiful face with black hair and black eyes.

What is the Current Net Worth of Cynthia?

Cynthia Addai-Robinson is a beautiful, active and talented actress who has been seen appearing on several movies and series in her career including “Spartacus”, “Power”, “Dallas” and more. Cynthia has become a success in her career and able to have an estimated net worth of $500 to $1 million.