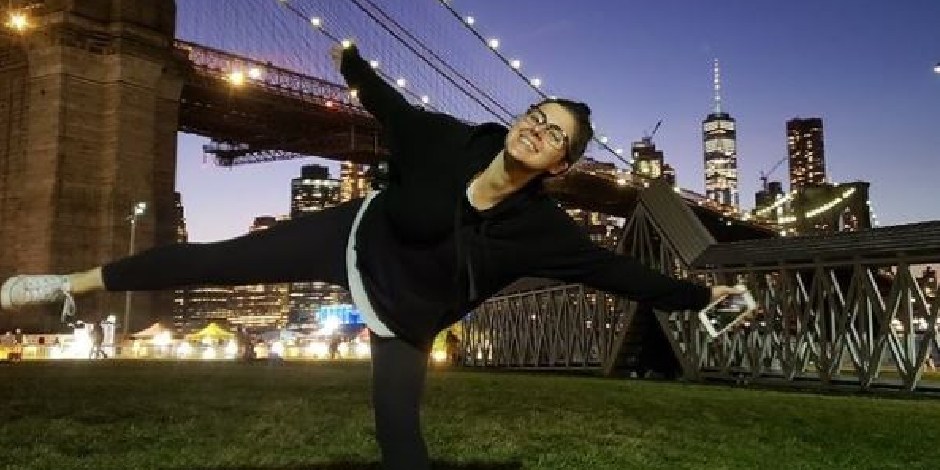 Dani Deette is an actress who has been seen appearing in several movies and series in her career including “The Falcon and the Winter Soldier”, “Bull” and more.

Dani Deette was born in Michigan but further information like birth date, age, zodiac sign still has a question mark as she is a very private person. Dani‘s nationality is also hidden but as per her ethnic background, she belongs to the White ethnicity as she is of European descent.

Dani Deette spent her childhood happily with her family and grew up beautifully as she was born in a well family. She has a brother as a sibling with whom she spent her childhood. Dani’s father worked as a car salesman where her mother has been seen working for the high school. She was raised happy and healthy as her parents are very caring.

To talk about her education, she went to attend a college which is located in Michigan State University from where she became able to receive a bachelor’s degree. About her further education, she is quiet as she is very secretive about her personal life.

How did Dette start her Career?

Dani started her acting career after she had been cast as Kelly in the short movie “Killer Love” in 2016. In that year, she was also offered to play the roles in several movies like “Strife”, “Veil of Spirit”, “Ambitions” and “Snooze”.

Later, in 2017, she made her appearance as Detective Marzouk – Brainerd in the TV series “Fatal Attraction”. In the same year, she was also seen appearing in several movies like “Codes Abided”, “Interview”, “What” and more.

Further, in 2018, she got the role of Bellator in the TV series “Be a Hero” and then, she was also seen playing the role of Karen Gardner Woodrell in the TV series documentary “Murder Comes to Town”. After that, she appeared in several movies and series like “Entre Nous”, “Greenleaf”, “Once an addict” and more.

Likewise, she was cast as Drew-Anne in the movie “Pageant Material” in 2019, and in that year, she was also seen playing the role of Grateful APD Cop in the movie “Richard Jewel.

In the year 2021, she was cast as Gigi in the TV mini-series “The Falcon and the Winter Soldier” where she shared her screen with Cle Bennet ,Indya Bussey and Renes Rivera . Her performance in the series has been loved by every on and received positive responses for her outstanding performance.

As Dani Deette is very personal about her private life, her relationship status is still a mystery for her fans and followers. She likes to keep her personal life private so that, she does not publicize the things that are related to her.

Dani is active on Instagram with the tag name (“@dani_deette”) where she has 3899 followers and posted 29 posts. Dani also has a Facebook account with the name “Dani Deette” where she has 689 followers.

Check out the latest updates on Julee Cerda and NCIS: New Orleans

What is the current net worth of Dani?

A beautiful, active and talented actress Dani Deette was seen appearing in several movies and series in her career including “Ethics”, “NCIS: New Orleans”, “Bull” and more. She is getting success in her career and is seen working hard to get more success. Currently, she is living her standard life with an estimated net worth of $300 thousand.