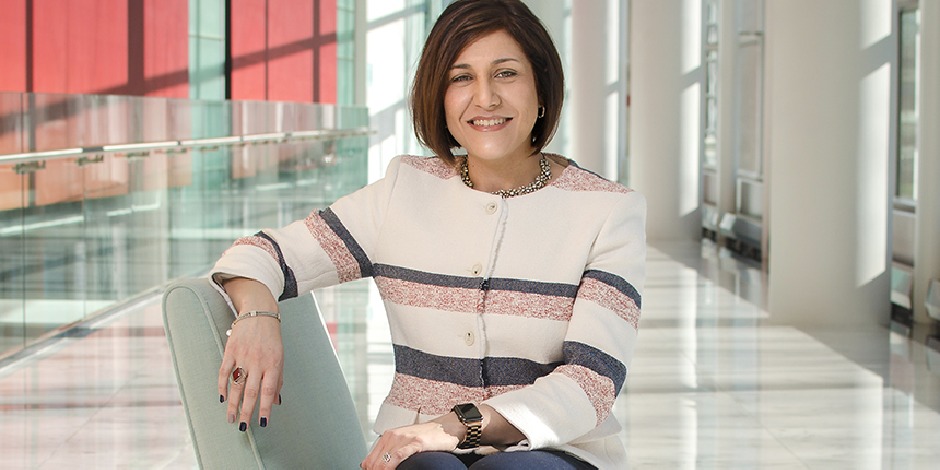 Maribel Perez Wadsworth is an American president and publisher of a famous international newspaper, USA Today.

Where was Maribel born and raised?

Maribel Perez Wadsworth was born and raised in a city in Florida which is a major center for the country’s finance, culture, arts, international trade well as commerce, Miami, United States. Hence, she has American nationality and belongs to mixed ethnicity. She was born to Alina Martin and any information about her father is still a mystery to us. She has a younger sister named Mercy Perez Coiras.

There is no exact information regarding the real birth year of Wadsworth or her childhood. However, she is a daughter of immigrant parents and was raised in a Christian family.

Where did Maribel go to College?

Wadsworth is a well-educated woman. She completed her high school at the local school in her hometown in 1990. She later joined the University of Miami. In 1993, she graduated with a Bachelor’s degree in News-Editorial Journalism and Communications. She was a talented and hard-working student and she also started writing for the newspaper, The Hurricane when she was in her university.

How did Wadsworth start her Career?

Maribel Perez Wadsworth started her career as a reporter in 1996. She worked in Rockford Register Star where she covered the news including business, real estate, and agriculture for more than a year. She then worked for The News-Press for over 12 years. Started as a reporter, she paved her way up as a Feature and Metro editor, Assistant Managing Editor, and Managing Editor.

In 2016, Wadsworth became a member of the National Advisory Council on Innovation and Entrepreneurship (NACIE) where she served as an advisor to the U.S. Secretary of Commerce. She has also been serving as a Senior Vice President & Chief Strategy Officer in Gannett since 2015.

In 2009, she became the Digital News Executive for Gannett. In 2012, she was promoted to VP/Audience Development & Engagement working alongside the President of Gannet. In 2014, she was promoted to SVP/Strategic Initiatives and SVP & Chief Transformation Officer in 2017.

Check out the latest updates on News Host Joe Scarborough

Finally, in 2017, Maribel Perez Wadsworth took the position of President of Gannett USA TODAY NETWORK. She appointed the journalist, Nicole Carroll as editor-in-chief of USA Today the same year she was appointed as president of the company. It has been over 11 years and a half she has worked for Gannett and she is continuing her work as a leader.

During an interview by Karina Valdes, Wadsworth said, “I’m proud and humbled that a daughter of immigrants of modest means has had an opportunity to rise to a position of leadership and influence in my industry. I am very grateful”.

Who is Maribel married to?

Maribel Perez Wadsworth is a married woman. She calls herself a proud mother and a wife. She tied her knot to Chris Wadsworth. The couple are blessed with 3 sons. One of her sons recently graduated from the university in Miami. She currently resides in Ashburn, Virginia with her sons and husband. She is also a pet lover and owns a dog and a cat.

Wadsworth is an outgoing person and loves to spend her time with her family. Her Facebook page is filled with beautiful pictures of her family. When she is not working then she is probably with her pet dog or family. She makes sure to give her time to her family.

Check out the latest updates on Journalist Amy Andrews

Wadsworth is probably in the age range of the 40s-60s. She has a simple and professional look. She possesses an average body build. She has dark brown hair and blue eyes. She keeps her hair short and straight.

Check out the latest updates on Journalist Katie Osborne

What is the current net worth of Perez?

Wadsworth has an estimated net worth of 5 million dollars as of 2021. Her annual salary is estimated to be 206 thousand dollars which she makes as a President of USA TODAY NETWORK. It is recorded that, she warned the bonus of 491 thousand in stock, 404 thousand, and 65 thousand as a compensation gathering total of over 1.49 million dollars compensation for her work as a President of Gannett.