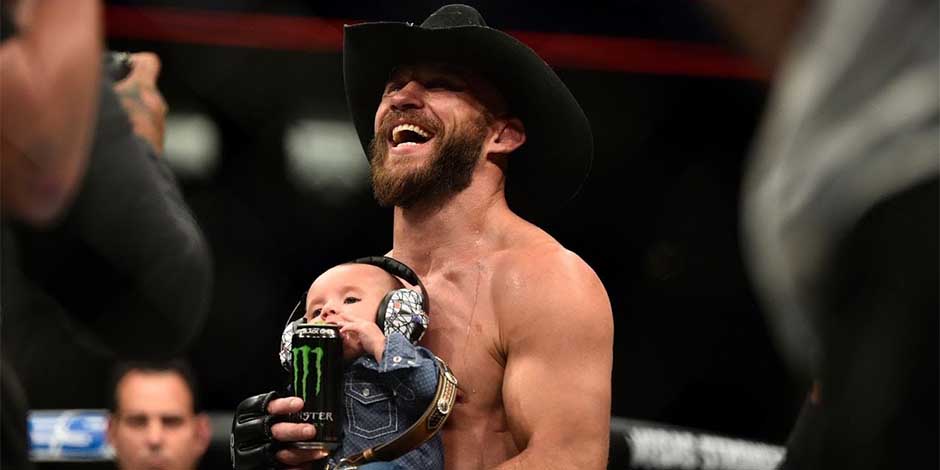 Donald Cerrone is a professional martial artist and a former kickboxer from America. As a professional kickboxer, he fought twenty-nine fights and won twenty-eight of them; one match resulted in a draw. Donald has fought fifty-three battles in his mixed martial art career till present and has won thirty-six of them. He has lost fifteen of the fights while one resulted in a draw and the other one in no contest. 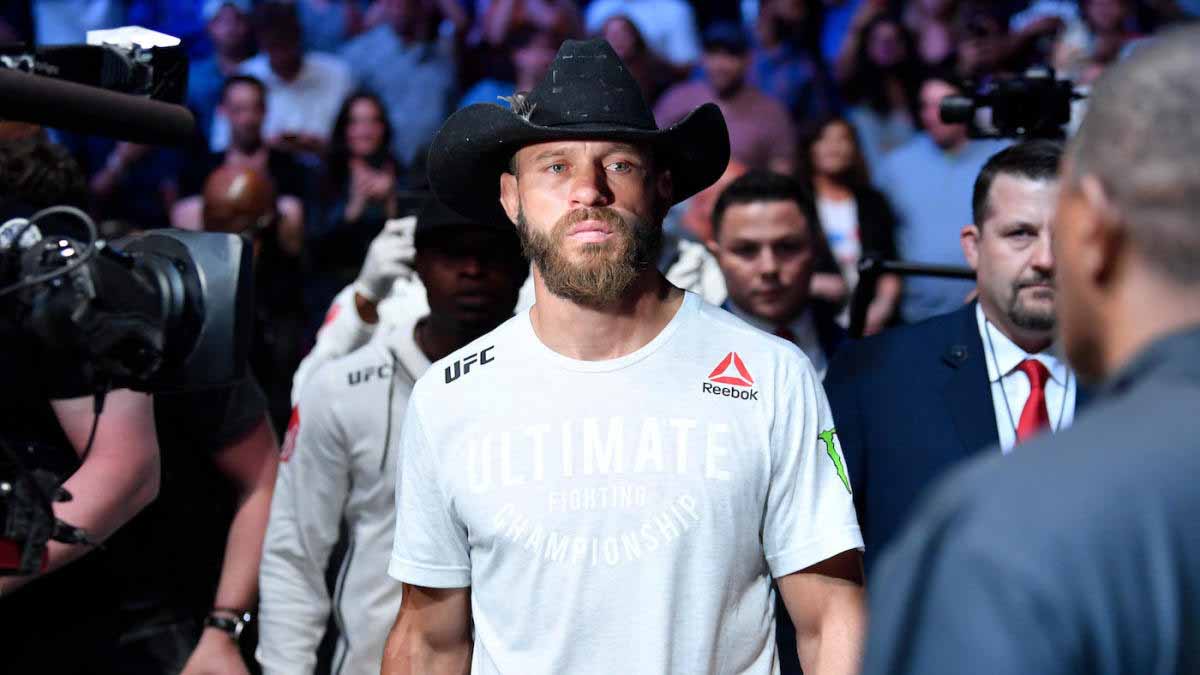 He was born on 29th March 1983 in Denver, Colorado. His parents’ name is unknown. They got separated, and he got raised by his grandparents, Donald Anthony Cerrone and Jerry Cerrone. When he was a child, he got diagnosed with attention deficit disorder but did not receive treatment. Donald Cerrone would often get into fights during his growing years. He was also a professional bull rider during his high school years. He started learning kickboxing and Muay Thai after his high school at age 20.

He started his Mixed Martial Arts career after getting associated with the Freedom Fighters Gym in 2006. He had also trained with Rashad Evans, Tom Watson, Jon Jones, and several other fighters during his starting years. His first MMA fight was against Anthony Njokuani, which he won wit a triangle choke. The battle got featured in the reality television show “TapouT.”

After signing a deal with the World Extreme Cagefighting, he fought Kenneth Alexander in his promotional fight. He had won the match, but the decision got later changed to no contest after being tested positive for a banned diuretic. He was then scheduled to fight Rich Crunkilton but had to fight Danny Castillo after Rich faced an injury. He won against Castillo via armbar. Donald Cerrone then fought the then lightweight champion Jamie Varner in 2009. The match halted in the fifth round after he hit Varner with an illegal Knee and lost the fight via technical split decision, but the game wins the Fight of the Night Award.

He and Rich got scheduled to meet again in June 2009, but James Krause also replaced Rich following another injury. He won the Fight against Krause in the first round. Donald Cerrone had agreed for a rematch against Varner, but the match got called off after Varner failed to receive the medical clearance. He then faced against Benson Henderson in October 2009 but lost the game against him. Donald Cerrone fought Henderson again in 2010 but lost for the second time. 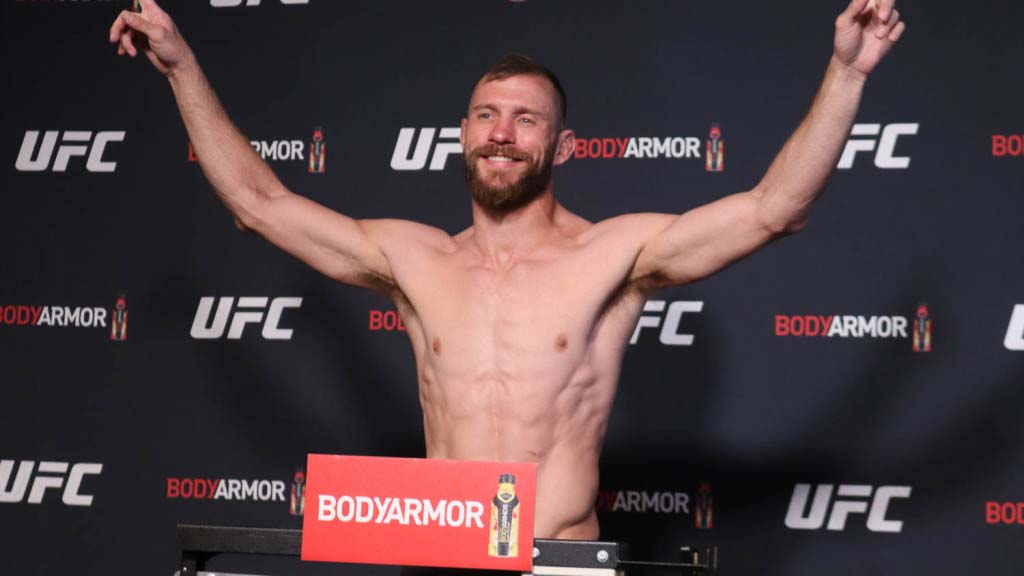 He fought Varner in September 2010 and won the fight against him. The match again wins the game of the Night award. His last Fight before WEC merged with UFC was against Chris Horodecki, a battle which he won by a triangle choke. After WEC merged with UFC in 2010, all WEC fighters got associated with UFC. His first Fight in UFC came against Paul Kelly in 2011 and won the fight, and the match had received Fight of the Night honors. He then fought against Charles Oliveira and Dennis Siver before his fight against Nate Diaz.

Donald Cerrone lost the fight against Nate via a unanimous decision but won the game of the Night award once again. Between 2012 and 2013, he fought Jeremy Stephens, Melvin Guillard, Anthony Pettis, K.J. Noons, Rafael dos Anjos and Evan Dunham. He won four of the six fights, lost to Anthony Pettis and Rafael dos Anjos, and in 2014, he fought against Adriano Martins, Edson Barboza, and Jim Miller. Donald Cerrone won all the fights and got linked to fighting against Khabib Nurmagomedov, but the game got called off. He then fought against Eddie Alvarez and won via unanimous decision.

He has also won the Dominion Warrior Muay Thai World Lightweight Championship and International Sport Karate Association Championship. Apart from his fighting career, he had also got featured in the Netflix miniseries “Godless” in 2017, and the identical year, he acted  in “Puppy Love.” 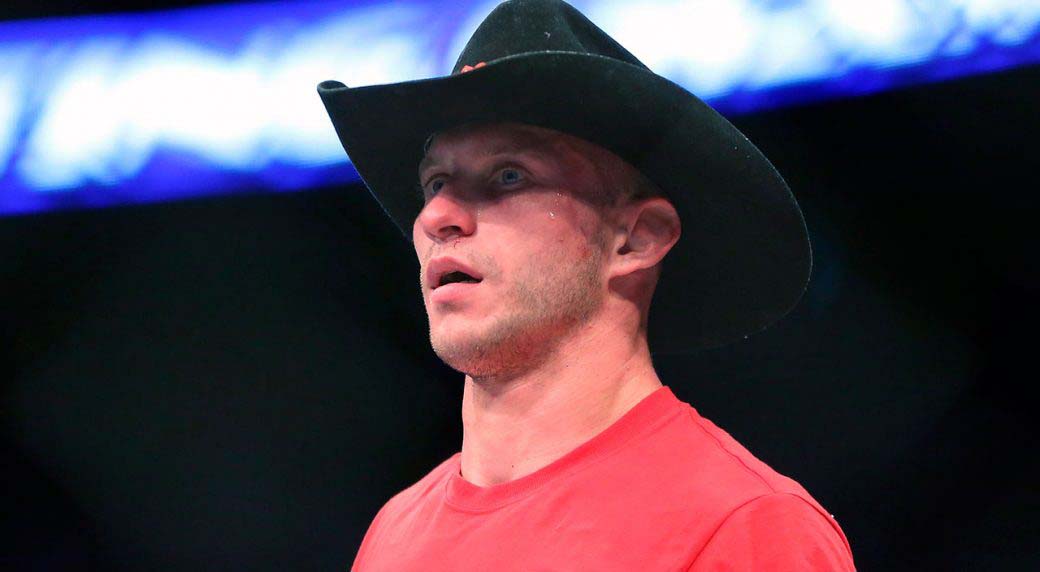 He is engaged to Lindsay Sheffield since 2014 and has two sons from the relationship. He belongs to Irish and Italian ancestry. He has also trained in Gaidojutsu and Brazilian Jiu-Jitsu. His zodiac sign is Aries. Joe Schilling currently coaches him.

He is 1.83 meters or six feet in height and weighs seventy-seven kilograms.

He has over 2.2 million followers in his official Instagram handle @cowboycerrone.

According to celebritynetworth.com, he has an estimated net worth of $9 million.