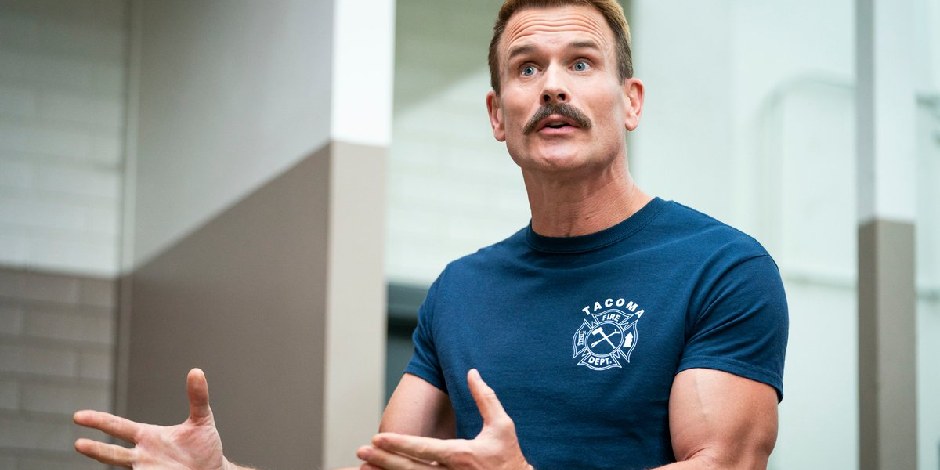 Gabriel Hogan is a well-known Canadian actor widely known for playing the recurring character of Peter Morris in the CBC television series Heartland. Hogan is also known for his character in Traders and the Associates.

Gabriel came into the limelight after tying a knot with a stunning Canadian actress, Inga Cadranel.

Gabriel Hogan was born in 1973, on January 7. He was born in Toronto, Ontario, Canada. Hogan is the son of Michael Hogan and Susan Hogan. His parents are also known as Canadian actors and actresses. Hogan was the second child in his family.

Hogan has grown up with his two siblings name Jennie Rebecca Hogan and a brother Charlie Hogan. His siblings are also engaged in the entertainment industry. Talking about his educational background, he has not mentioned his educational journey till now in the media.  Looking after his age, Hogan might have completed his graduation from the reputed University.

How did hogan start his career?

Gabriel Hogan has started his acting career with stage plays in the theatre. After that, he got an opportunity to play the character of Mark in an episode of Blowing Bubbles in the CBS police crime drama series Night Heat in 1988. He has also featured in various Canadian television series like Rent-A-Goalie, Robson Arms, Playmakers, Angeles’s Eyes, This is Wonderland, and Peter Benchley’s Amazon.

Check out the latest updates on Stephen Bogaert and Playmakers

Gabriel has played the recurring character of Peter Morris in the CBC hit series Heartland, along with Amber Marshall, Alisha Newton, and Graham Wardle in 2009. After that, he has played the role of Joseph P. Kennedy Jr. in the Reelz drama miniseries, The Kennedys, and the lead male role of Ken Stoddard in the Hallmark film, Christmas Song, respectively.

Hogan has also appeared in a Chimera named Belasko in the fifth season of the MTV cult television show Teen Wolf in 2015. Gabriel has also performed in an episode of Lady Dynamite season 1 in 2016. He has also played a recurring role which includes Warehouse 13, The best years and the border. He is also fond of Ice hockey and proficient player, and several of his credits are hockey-related; in 2006. Hogan is also part of a documentary-style miniseries about hockey in Canada, named Canada Russia 72.

As an American television credit, Gabriel Hogan also notices a short stint on the acclaimed show Wonderfalls in 2004. Playing a lovesick delivery man in two episodes of the short-lived show. In 2008, Hogan was also cast to play Roland “Rolie” Cary on Flashpoint, but his role was written off to show the performance in the pilot episode.

When did Gabriel marry Inga Cadranel?

Gabriel Hogan is a happily married person. He has tied a knot with a well-known Canadian actress Inga Cadranel. Other than this, there is no further information regarding his relationship status. Inga and Gabriel are spending their happily married life. Hogan has not revealed his exact marriage date and place till now in the media. The duo has been blessed with an adorable child named Ryder Hogan, born in 2006 and is currently 13 years old.

Gabriel Hogan is a well-known Canadian actor. Hogan has done such a tremendous job in his career and has many more to do. Hogan estimated net worth is around $1 million. According to the sources, he earned $273.97 per day and $11.42 per hour.