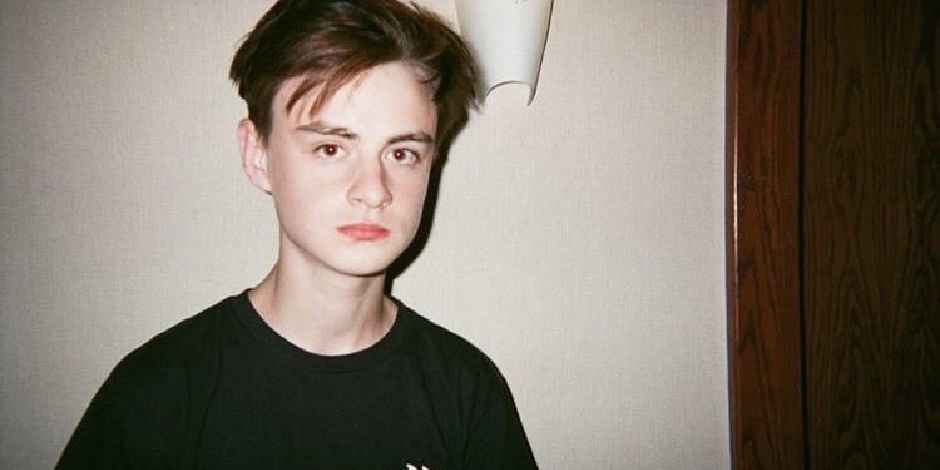 Jaeden Martell is a professional actor from the United States who is popularly known for his starring role in Stephen King’s supernatural horror film, It as Bill Denbrough. He has further starred in the films like The Lodge, Low Tide, IT Chapter Two alongside Stephen Bogaert and Megan Charpentier including television series like Masters of Sex.

Where was Jaeden born and raised?

Jaeden Martell was born on 4th January 2003 in a city called Philadelphia in Pennsylvania state of United States. His birth name is Jaeden Wesley Lieberher and he was born to Angela Teresa Martell and American executive chef, Wesley Lieberher. Martell has used his mother’s second name as his professional name since 2019.

Martell spent the first 8 years of his childhood in South Philadelphia where he attended ICS school then he moved to Los Angeles. He is the oldest among his 3 siblings namely Sydney, Jovi, and Hayes Lieberher.

Martell’s nationality is American and he has multiracial ethnicity of Asian and White. He has German, Korean, Belgian, French Canadian, and English ancestry. He further has long traces of Northern Irish and Scots-Irish ancestry. Jaeden Martell has a straight sexual orientation and he has Capricorn as his birth sign.

How did Jaeden start his Career?

Jaeden Martell made his acting debut in 2013 with the short film, Grief. Following year, he landed the role of Olivier Bronstein in the comedy-drama film, St. Vincent alongside stars Melissa McCarthy, Terence Howard, Naomi Watts, Don Cheadle, Marielle Heller, and Chris O’Dowd. it was the breakthrough moment of his career. He then made his appearance in the romantic-comedy film, Playing It Cool the same year.

Jaeden made his television debut in 2015 with the animated series, American Dad! for additional voices.

Martell continued making his small appearance in the film, Aloha and short film, Framed: The Adventures of Zion Man. He went on to play a major role in the films like Midnight Special alongside Paul Sparks, The Confirmation alongside Clive Owen, The Book of Henry alongside Jacob Tremblay and Dean Norris, IT, The Lodge, Low Tide, The True Adventures of Wolfboy.

As of 2021, Martell is currently preparing for his upcoming film, metal Lords where he will be portraying the role of Kevin Schlieb.

In the year 2015,  he also landed a recurring role in the American period drama series, Masters of Sex as Johnny Masters where he worked with the stars like Finn Wittrock and Lizzy Caplan. He has further appeared in the tv series, Defending Jacob and Calls.

As of 2021, Martell is 18 years old. He is 5 feet 7 inches or 170 cm tall having a bodyweight of 64 kg or 141 lbs. He has a slim body build and he possesses dark brown hair and green eyes. His distinctive feature includes the cut in his right eyebrow.

Who is Martell dating to?

Jaeden Martell has been rumored to have dated twice till today. He was first caught up in a rumor about dating actress, Sophia Lillis with whom he shared his screen for the film, It. In 2018, his rumors with Lilia Buckingham started surfacing after she posted the picture of them on Valentine’s day. However, their relationship ended the same year.

Apart from the busy schedules, Martell loves to spend time with his friends. He also shares several pictures of her mother on his social media. We can see how much he loves his mother and spend time with her. He also mentioned how proud he is having Korean ancestry.

How much is the Current Net worth of Martell?

Jaeden Martell has a net worth of 4 million dollars as of 2021. It is all thanks to his amazing acting skills and successful career that he has able to accumulate such fortune at the age of 19. Making his breakthrough only at the age of 11, he is living a luxurious life will all the fame and attention. His net worth is expected to rise more in the coming years as he is working on new films.