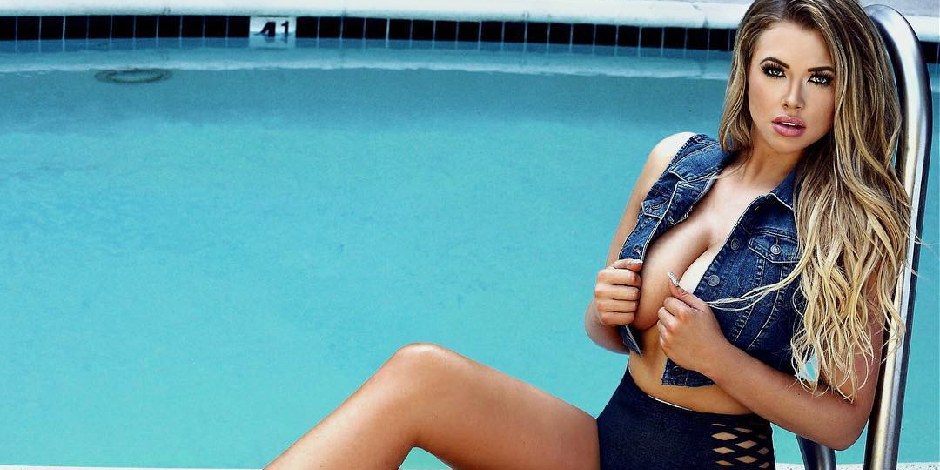 Antje Utgaard is an Instagram influencer and actress who is popularly known for her bold and sexy looks. She is very famous on her social media account. Antje has been also seen playing roles in several movies and series like “Sable”, “Mob Town”, “Sequences”, “The Richy Show” and more.

Where was Antje born and raised?

Antje Utgaard, whose real name is Antje Christiana Utgaard was born on 20 August 1994 in New Richmond, Wisconsin as a daughter of a father, Stuart Utgaard, and a mother, Kimberly Utgaard. She has three siblings. Currently, she is 26 years old and her zodiac sign is Leo.

Utgaard holds an American nationality and belongs to the Caucasian ethnicity.

Earlier, in 2011, her father got arrested because of domestic abuse so that he was restricted to have contact with Antje’s family so that, her parents decided to divorce. After that, she grew up with her siblings in Star Prairie, Wisconsin.

How did Antje start her Career?

Antje is very popular as an Instagram influencer and mentor. Besides this, she is also an actress where she made her first appearance as Anastasia in the movie “Sable” in 2017. After that, in 2019, she was seen playing the role of Angela in the movie called “Mob Town” in the year 2019.

Further, she made her first television appearance in the TV series “The Ricky Show” in 2016. After that, in 2017, she was seen on a TV special “Young Entrepreneurs Presents: Poseidon Society Live”. From the year 2017 to 2018, she was cast as Wild N Out Girl in the TV series “Wild ‘N Out”.

Antje Utgaard also has a Twitter account with the tag name (“@AwesomeANTJAY”) where she has 521.3k followers and seen tweeting.

Utgaard is also active on Facebook with the name “Antje Utgaard” where she has 532 followers and is seen posting her hot and sexy photos.

Antje Utgaard has created a TikTok account with the tag name (“@antjeutgaard”) where she has 270.8k followers and 1.3M likes has been reached to her TikTok videos. She was seen posting fun videos with sexy and hot looks. She is very popular on her TikTok account.

A beautiful, hot, and sexy Instagram influencer and model, Antje Utgaard used to keep her personal life private so that, her relationship status is still a mystery for her fans and followers. Currently, she is single and living her single life full of fun and enjoyment.

Antje Utgaard is a beautiful, active and sexy Instagram influencer and actress who is popularly known for posting sexy and hot pictures on her social media has an estimated net worth of $2 million.