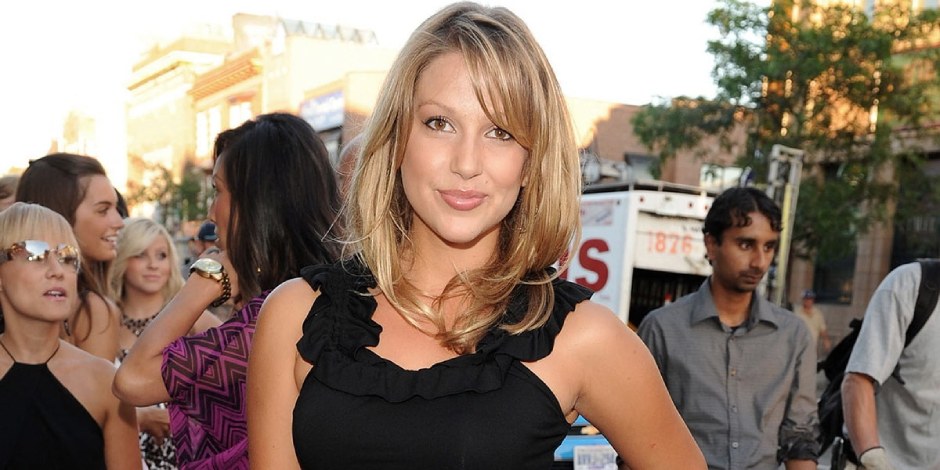 Miriam McDonald is an actress from Canada who came to light after her role in the Canadian teen drama series, Degrassi: The Next Generation where she starred as Emma Nelson.

Where was Miriam born and raised?

Miriam McDonald was born on 26th July of 1987 in a town of Ontario called Oakville in Canada, her birth name is Miriam Katherine McDonald.

Her ethnicity is Caucasian white and her nationality is Canadian. Her sexual orientation is straight and she has Leo as her birth sign.

Miriam McDonald is 5 feet and 6 and a half inches tall which is 1.698 meters. She has blonde hair and brown eyes. She possesses a mesomorph body build and has slim measurements which is all thanks to her regular yoga and workout routine.

She is a Ryerson University graduate.

What is the relationship status of Miriam McDonald?

Miriam McDonald is probably single. She owns a dog named Hudson and she seems to enjoy her time spending with her dog.

She also seems to enjoy her time doing yoga and home workouts. She can’t help herself from sharing pictures about her amazing stylish pictures and of course her dog.

How did Miriam start her Career?

McDonald made her television debut from the Canadian youth comedy show, System Crash in 1999. She also made her film debut in 2007 with the Canadian drama film, The Poet where she appeared as Willa. In 2014, she made her appearance in the Canadian action horror film, Wolves as Haley.

In 2001, she voiced the character Chewy in a 3D Japanese-Canadian children’s tv series, Pecola for the main character Chewy. The same year, she also landed the main role in the Canadian teen drama series, Degrassi: The Next Generation as Emma Nelson which was a breakthrough in her career.

The series ended in 2010 and she played the main role till its season 9 appearing in 138 episodes. During those time, McDonald made her appearance in the tv movie, She’s Too Young as Dawn Gensler. She also made smaller appearances in other series like Blue Murder, Naturally, Sadie, XII: The Series, Lost Girl alongside Amy Ryan and Morgan Cryer, Orphan Black, and Degrassi: Next Class. McDonald has also appeared in several television films like Devil’s Diary, Sea Beast alongside Isla Fisher and Adam West, Poison Ivy: The Secret Society, and A Veteran’s Christmas in 2018.

In 2002, McDonald was awarded Young Artist Award for Best Ensemble in a Tv Series (Comedy or Drama) after her performance in the series, Degrassi: The Next Generation. The award was shared with co-stars Sarah Barrable-Tishauer, Shane Kippel, Lauren Collins, and others.

McDonald was further nominated with 3 Young Artist Awards in 2003, 2005, and 2006 respectively from the series. In 2005, she also received a Young Artist Award nomination for Best Performance in a TV Movie, Miniseries, or Special – Supporting Young Actress for her performance in the drama film, She’s Too Young.

What is the Current Net worth of Miriam McDonald?

Miriam has an estimated net worth of 4 million dollars as of 2021. Her major sources of earnings come from her successful television career so she earns about 800 million dollars salary annually. Her net has been growing since her acting debut and it’s expected to grow more in the coming years.