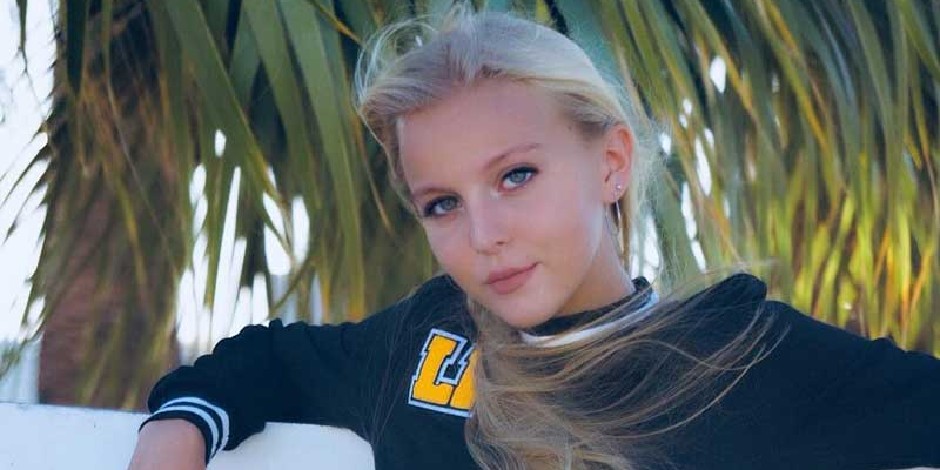 Why Is Morgan Cryer Popular?

Morgan Cryer is an American model and actress who is popularly known for her bold and beautiful looks and her fashion styles. She was also known for her roles on “Wages of Sin”, “Company Town” alongside Steve Carell and Oscar Isaac, “Insurgent” where she has started her career at the age of three.

Where was Morgan Born and Raised?

Morgan Cryer was born on 13 June 2002 in the United States, as the daughter of a mother, Michelle Daniels Cryer. She has an elder brother whose name is Kyle Cryer where he has also become an actor. There is no information about her father and her family. She is 18 years old.

Morgan Cryer holds an American nationality and belongs to the Caucasian ethnicity. Her zodiac sign is Gemini.

Did Morgan go to College?

About her early life, there is no information and about her education, she had completed her graduation but from where she had not mentioned.

Morgan Cryer is known to be in a relationship with Tristan Waite where she has posted many photos together on her Instagram account.

How did Morgan Cryer start her Career?

Morgan Cryer started her acting plus modeling career since she was three years old. Further, she was seen appearing on several commercial videos and music videos. She is popularly known for appearing on the music videos like “Guaranteed” and “The Food Life” by MattyB.

Morgan Cryer started her professional acting career in 2009 after she had been cast as a Daycare child on a crime drama series “The Bureau”.

Later, she was seen as Young Rebecca in a short movie “The Wages of Sin” and as Student on crime drama television series, “Shots Fired” in 2017. In 2018, she was seen appearing as a Fundraiser Guest on the movie “Affairs of State” and in 2019, she was also seen playing the role of Ashley on a television series “Solve”. he was cast into the short movie “The Limit” as Brittany Pierce which was directed by Jarrod Anderson and co-written by Jarrod Anderson and Brian Heath.

She also starred as Little Girl on a comedy, drama, sports television series “Eastbound & Down” which was created by Ben Best, Jody Hill, and Danny McBride.

Likewise, she made her appearance on a television movie “Company Town” as Megan in 2013 which was directed by Taylor Hackford and was written by Sera Gamble and Sera Gamble. Further, she was seen as Christy Noel in a television documentary biographical crime movie “Happily Never After” in 2014.

Further, she will be seen appearing as Cheerleader Hopeful in the comedy movie “Killing Winston Jones”.

What is the Current Net Worth of Morgan?

Morgan Cryer is a hot, sexy, bold, cute, and beautiful model and actress who is popularly known for the most trending girl has an estimated net worth of $100,000.